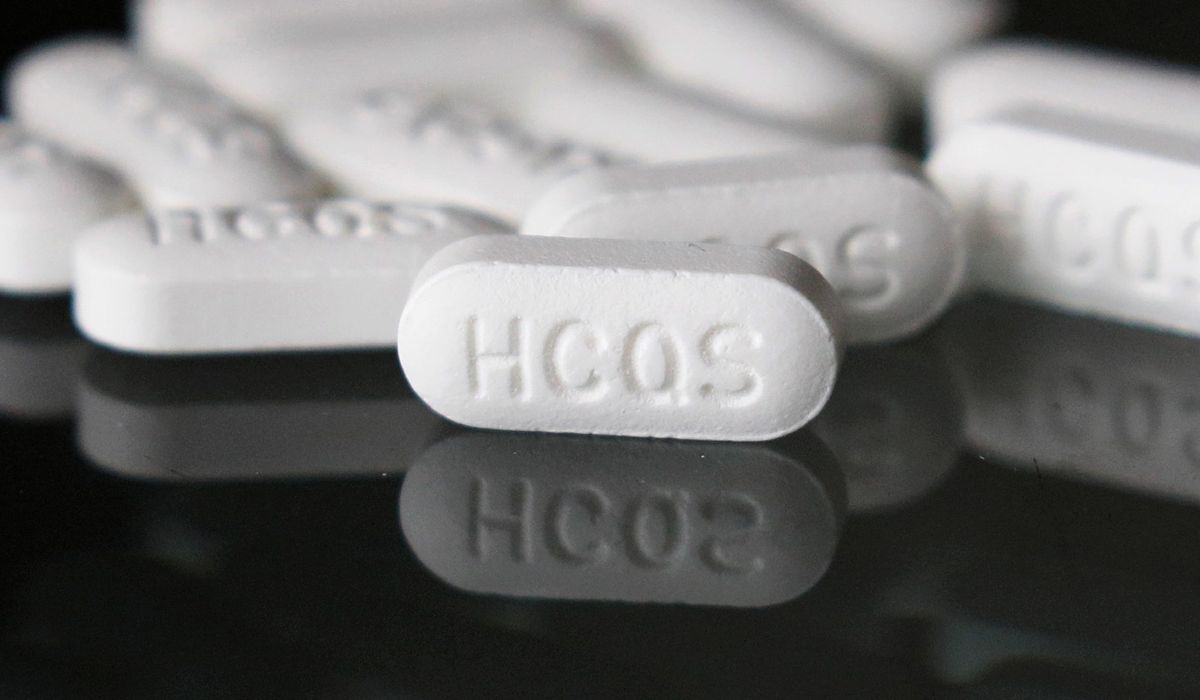 Dr. James Todaro stood on the steps of the Supreme Court last week to join fellow doctors in touting hydroxychloroquine as a viable early-stage treatment for those who contract the coronavirus — and says he was stunned by the backlash.

Video of the doctors triggered the internet, with Twitter pulling down tweets that showed clips of the event, even suspending the account of presidential son Donald Trump Jr., insisting that the doctors and anyone on social media who backed them were spreading bad medicine amid the pandemic.

The treatment, a favorite topic of President Trump especially early in the pandemic, has become a dividing line in America. Many scientists and doctors dismiss it out of hand. Some states have banned its use as a COVID-19 treatment. The Food and Drug Administration has issued strict cautions about its use — though the agency says decisions about it should be left to doctors and patients.

It’s one of many fractures surrounding the coronavirus, pulling back the curtain on the kind of fierce medical debates that usually play out in academic journals and conferences, not on cable news shows.

Dr. Todaro is not the most famous member of the hydroxychloroquine club. Dr. Vladimir “Zev” Zelenko in New York did the “clinical legwork” in support of the Zelenko protocol, the controversial early treatment regimen that uses a three-drug cocktail of hydroxychloroquine, azithromycin and zinc.

But Dr. Todaro has been one of the most effective combatants in the public debate, instrumental in getting retractions from the world’s most prestigious medical journals and a growing social media audience.

He’s even the unexpected possessor of a Twitter “blue check” signifying verified status — “I was kind of surprised I got that,” he told The Washington Times.

He zealously guards his privacy. When asked where he lives and his age, he said, “In the Midwest” and “mid-30s.”

He trained as an ophthalmologist at Columbia University medical school, graduating in 2014, but has since allowed his license to lapse. In addition to the investments, he runs a website, Medicine Uncensored, and says he neither holds drug company stocks nor has placed bets on them, short or long.

Dr. Todaro says he launched Medicine Uncensored because he was startled by the offensive against medicines that he considers safe, effective and affordable. The push against non-patented hydroxychloroquine has come on two fronts, he said, one medical; the other political.

“If it seems like the medical system (e.g., NIH, WHO, medical journals, institutional experts) is rigged against hydroxychloroquine,” he tweeted recently, “it’s because it is.”

“Many attribute this negative publicity to anti-Trump sentiment from mainstream media outlets including CNN, MSNBC, Washington Post, New York Times and Huffington Post. This thesis does not entirely hold up to scrutiny though,” he wrote in a July essay at Omni.

In fact, as Dr. Todaro points out, at a March 19 press conference in which Mr. Trump heralded hydroxychloroquine, he also mentioned another drug that has been widely embraced by the medical community and media since — remdesivir.

“The media attacked hydroxychloroquine but gave remdesivir a pass when at that time there was no clinical evidence of remdesivir’s effectiveness,” Dr. Todaro said.

Studies have shown remdesivir slices coronavirus’ mortality rate and helps about one-third of coronavirus patients get better quicker. But it also represents a more expensive option, with analysts putting the profits for Gilead Pharmaceutical, its maker, north of $1 billion.

“You might also call it a competition killer, hydroxychloroquine,” Dr. Todaro said. “It’s very hard to make money off it, even if there is grassroots support for it it’s really hard to have a financial interest in it.”

Hydroxychloroquine’s critics argue its benefits appear to be limited to the early stages of the virus and that in sicker patients it can bring on potentially dangerous cardiovascular complications, especially if paired with azithromycin.

One study published in the prestigious medical journal The Lancet in May said hydroxychloroquine’s use to treat COVID-19 led to “an increased risk of in-hospital mortality.”

“We were unable to confirm a benefit of hydroxychloroquine or chloroquine, when used alone or with a macrolide, on in-hospital outcomes for COVID-19. Each of these drug regimens was associated with decreased in-hospital survival and an increased frequency of ventricular arrhythmias when used for the treatment of COVID-19,” the study reported.

That study now has a “RETRACTED” in large red letters on the Lancet website — thanks in large part to Dr. Todaro, after it was shown that the study’s data wasn’t put together by doctors but by a shadowy online group known as Surgisphere that refused to make the data available for an audit.

“I was flabbergasted by that,” Dr. Todaro said. “They say, ‘oh, the peer-review process is so rigorous and it’s very much intact,’ but this phony study wasn’t caught by any of their authors or Lancet editors? That’s never happened before.”

Lost in the controversy surrounding some of Dr. Todaro’s thesis is the fact he thinks remdesivir works, too. He wants to expand the weapons in medicine’s anti-coronavirus arsenal, not undermine other treatments, he said.

In the process, however, he has found himself an outsider, an Ivy League-educated doctor now branded an iconoclast at best, a villain at worst.

“You have to be terrified of it,” he said of the “coordinated effort” to make his position suspect. “I think what I’m offering should be seen as a hub of information.”