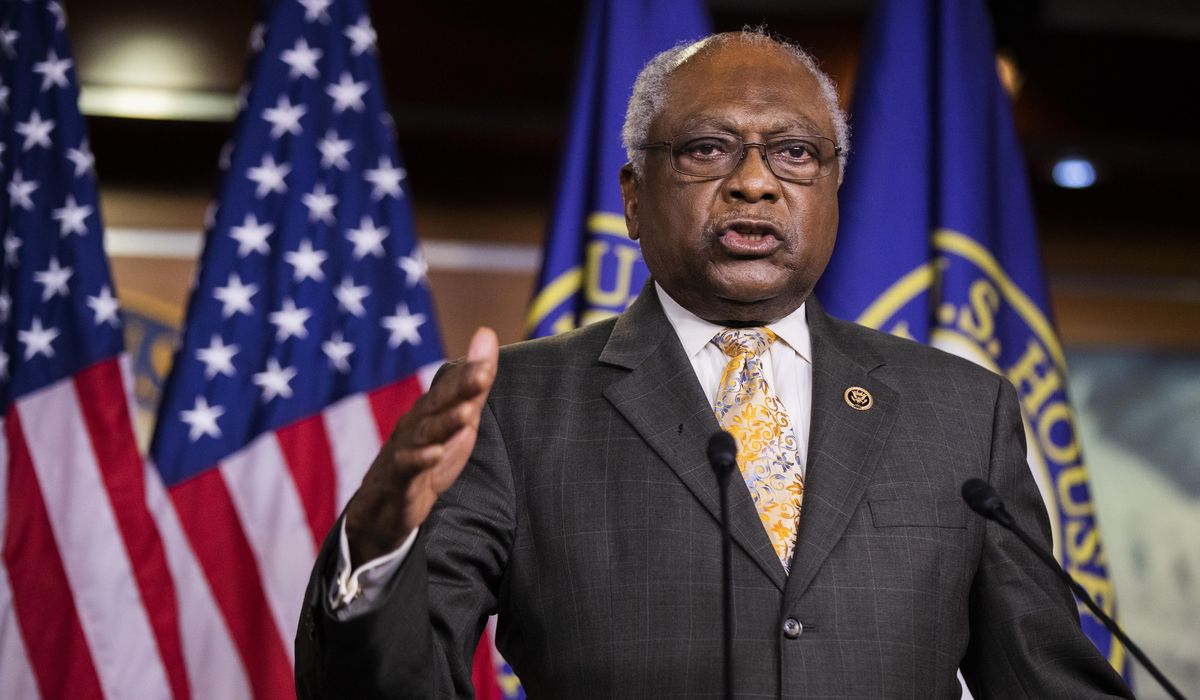 House Majority Whip James Clyburn said Sunday he fears police now more than he did growing up in the racially segregated American South.

The 79-year-old South Carolina Democrat told CNN that police terrify him in 2020 in a way that police never previously did, including during police clashes with the civil rights movement last century.

Mr. Clyburn entered Congress in 1993 after serving on the South Carolina Human Affairs Commission. The commission was established after three highway patrolmen shot and killed three students in 1968 near South Carolina State College’s campus, according to a history of the commission. Mr. Clyburn graduated from the same institution in 1961, according to the university.

Mr. Clyburn’s endorsement of presumptive Democratic presidential nominee Joseph R. Biden proved crucial to Mr. Biden’s success in the Palmetto State’s primary. Now, Mr. Clyburn’s rhetoric on shifting the debate away from “defunding” the police could be critical to Mr. Biden’s success at building momentum for his campaign with the support of people protesting police and racial injustice in nationwide demonstrations.

“The fact of the matter is this is a structure that has been developed that we have got to deconstruct,” Mr. Clyburn said. “So I wouldn’t say defund. Deconstruct our policing.”

Gen. James Mattis is not the only mad dog in Washington