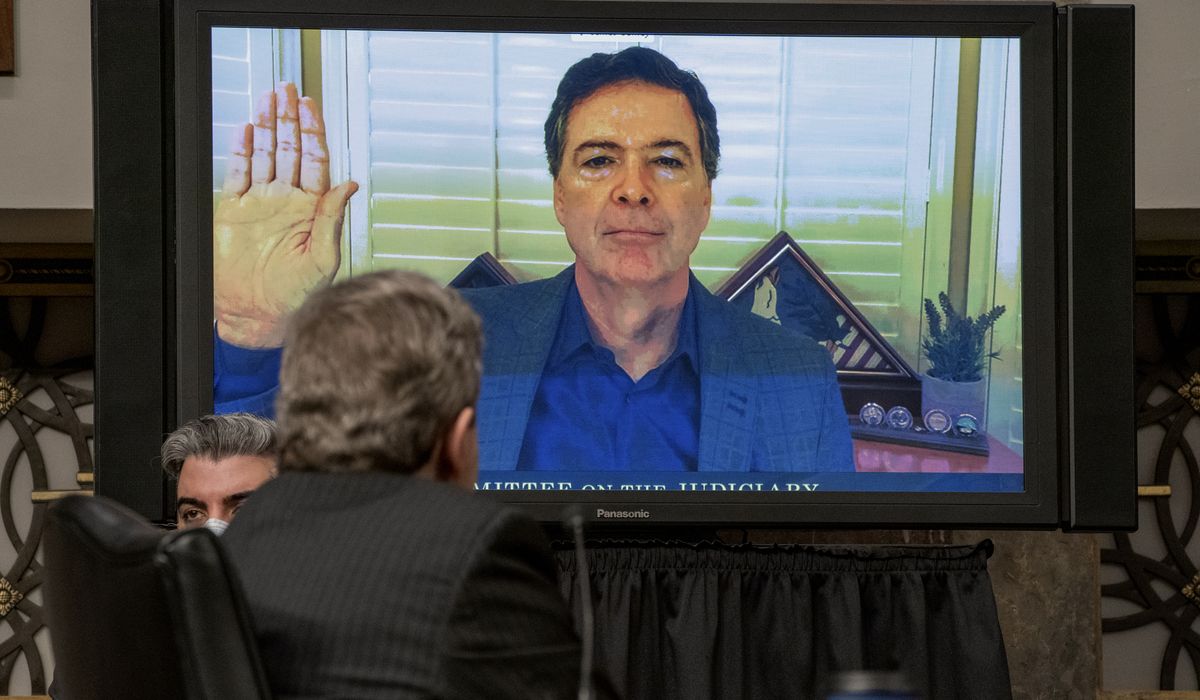 Former FBI Director James B. Comey on Wednesday dodged questions about a 2016 CIA request that the bureau probe Hillary Clinton’s presidential campaign over allegations it “stirred up” a scandal linking President Trump to Russia.

On Tuesday, Director of National Intelligence John Ratcliffe released a letter alleging that the Clinton campaign sought to distract from Ms. Clinton’s email troubles by tying Mr. Trump to Russia and the hacking of the Democratic National Committee.

The CIA referral was made to Mr. Comey and then-FBI Deputy Assistant Director of Counterintelligence Peter Strzok.

The intelligence community did not initially take a position on the accuracy of the claims, raising the possibility it might be Russian disinformation. Still, they wanted the FBI to look deeper into the issue.

When pressed about the letter during testimony before the Senate Judiciary Committee, Mr. Comey declined to address it.

“I can’t answer that,” Mr. Comey said about the letter. “I’ve read Mr. Ratcliffe’s letter, which I, frankly, have trouble understanding.”

When pressed again, Mr. Comey doubled down on his refusal to address the Ratcliffe letter.

“I don’t understand Mr. Ratcliffe’s letter well enough to comment,” Mr. Comey continued. “It’s confusing and contains within it a statement that its unverified information. So I really don’t know what he’s doing.”