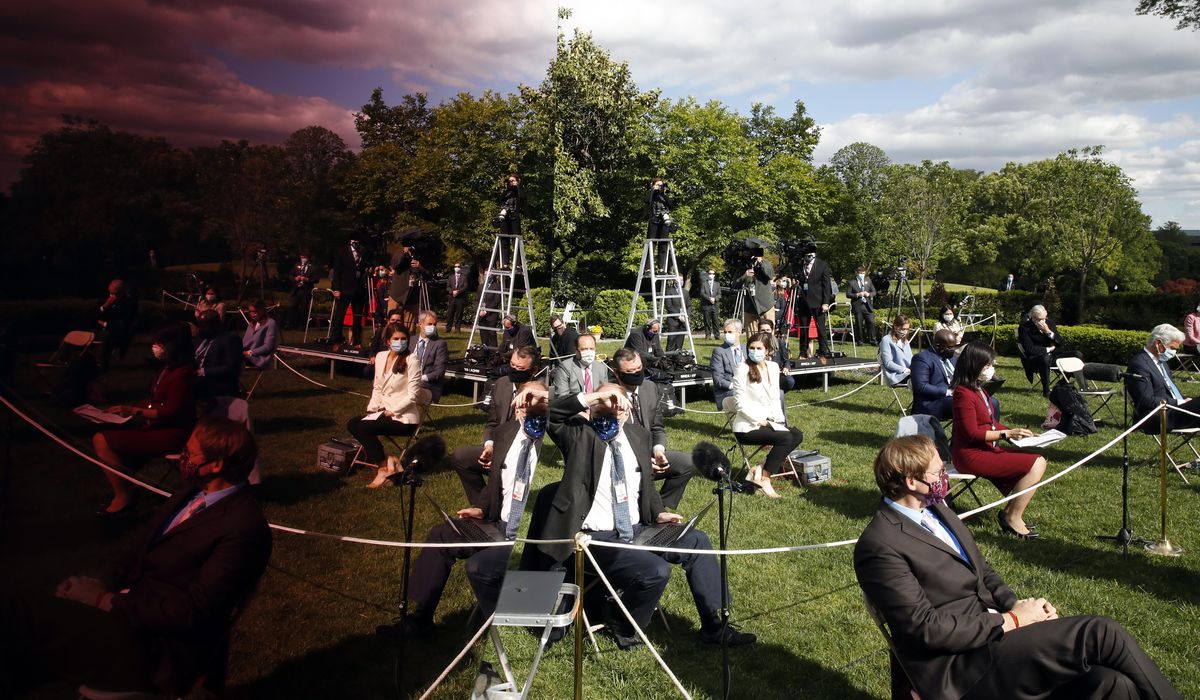 The president of the White House Correspondents Association accused the White House Friday of putting journalists at risk by seating them too closely together in the Rose Garden for President Trump’s event on the economy.

“The health of the press corps should not be put in jeopardy because the White House wants reporters to be a prop for a ‘news conference’ where the president refused to answer any questions,” Mr. Karl said.

The president was highlighting the economic benefits of states reopening from the coronavirus shutdowns, saying they were engaging in proper social distancing and wearing masks “if you want.”

“You’re getting closer together — even you,” Mr. Trump said, referring to the reporters seated in front of him. “I noticed you’re starting to get much closer together. It looks much better.”

“The chairs were initially positioned in a way that was consistent with social distancing guidelines but were moved closer together by White House staff shortly before the event started,” Mr. Karl said in a statement. “When we asked for an explanation, the White House press office told us the decision to move the chairs close together was made because ‘It looks better.’”

The president did answer one shouted question while signing a bill to extend the Paycheck Protection Program, but he took no other questions.