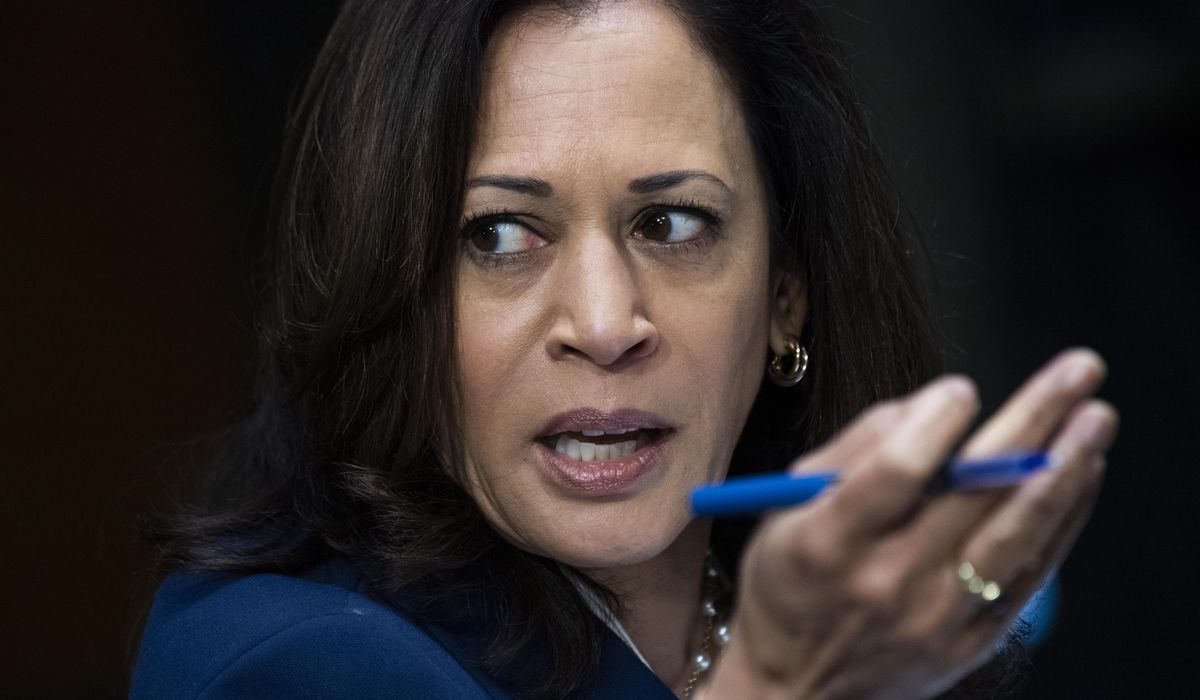 Each of these women vying to be the running mate of presumed Democratic presidential candidate Joseph R. Biden faces the same dilemma as the party as a whole: how to strike the right note in sharing outrage over the killing of a black man at the hands of a white police officer in Minneapolis last month without getting tied to the more extreme violence that has erupted.

The choices are made more stark when Mr. Trump, from the pulpit of the White House, insists there is no middle ground between law and order and the chaos of the protests.

“You have to strike a balance between order and empathy,” said Brad Bannon, a Democratic strategist. By doing that, there is an opportunity to draw a contrast with Mr. Trump, who he said “is all order and has no empathy.”

The death of George Floyd on Memorial Day upended the politics of the moment, which had been saturated with the COVID-19 pandemic. Democratic governors such as Andrew Cuomo in New York and Gretchen Whitmer in Michigan were engaged in verbal battles with Mr. Trump and the federal government over how to respond.

With Mr. Biden saying he would pick a woman as his vice presidential nominee, Ms. Whitmer was drawing plenty of attention.

But the focus on racial matters has pushed COVID-19 and Ms. Whitmer off the front pages and replaced them with the likes of Ms. Harris, Ms. Demings and Sen. Amy Klobuchar, who represents Minnesota and who managed to grab headlines this week by being the first to announce more officers would be charged in connection with Mr. Floyd’s death.

Ms. Klobuchar showed up for Mr. Floyd’s memorial service on Thursday, flummoxing some liberal activists who say she went easy on bad cops as a county prosecutor before she was elected to the Senate.

A Morning Consult poll released this week found the country transfixed by the issue. More than 90% of respondents said they had paid attention to the coverage, and two-thirds said they had been following the news “a lot.”

According to the poll, 49% said the protests were generally peaceful and 42% said most of the protesters were intent on violence. About 58% said they would support calling in the military to help police regain control.

Trying to navigate those views is proving to be tricky.

Mr. Trump has shown no reticence about which side he is taking.

He has pressured governors to call in the National Guard and warned he would deploy the military if he thought it was needed. He accused Democrats of coddling violent elements believed to be stoking some of the rioting and looting.

“If you watch Fake News @CNN or MSDNC, you would think that the killers, terrorists, arsonists, anarchists, thugs, hoodlums, looters, ANTIFA & others, would be the nicest, kindest most wonderful people in the Whole Wide World,” Mr. Trump said this week. “No, they are what they are – very bad for our Country!”

He followed that up Thursday by saying the “Radical Left Democrats new theme is ‘Defund the Police’” and proposed to pump more money into law enforcement.

“Remember that when you don’t want Crime, especially against you and your family,” he said. “This is where Sleepy Joe is being dragged by the socialists.”

Mr. Biden, meanwhile, has said there is no place for looting or destroying property or businesses. “We need to distinguish between legitimate peaceful protest and opportunistic violent destruction,” he said.

Mr. Trump appears to be losing the public relations battle.

Mr. Bannon said it is “crystal clear” that Mr. Biden should tap a black woman for his vice presidential candidate and the biggest surprise perhaps has been Atlanta Mayor Keisha Lance Bottoms, who was forceful in condemning the violent protests that rocked her city.

“This is not in the spirit of Martin Luther King Jr. This is chaos,” Ms. Bottoms said at a press conference last week. She said voting and peaceful protests are the best tools to effectuate change.

“You are disgracing the life of George Floyd and every other person who has been killed in this country,” she said. “We are better than this.”

Oddsmakers say Ms. Bottoms’ chances of taking the No. 2 spot on the Democratic ticket have increased. U.S. bookies give her a 14-1 chance of being the vice presidential candidate, matching the odds of Stacey Abrams, the voter rights activist who nearly won the Georgia governor’s race in 2018.

Ms. Abrams wrote an op-ed that appeared Thursday in The New York Times arguing that the Floyd killing underscores the importance of expanding voting rights and going “to war to defend the sacred” right.

“I am not calling for violent revolt here,” Ms. Abrams said.

“Every night for more than a week, we have witnessed the anguish and anger of demonstrators, their cries punctured by politicians urging them to vote their power,” she said. “Both are right. Protest to demand attention to the wrenching pain of systemic injustice. Vote because we deserve leaders who see us, who hear us and who are willing to act on our demands.”

With her husband, Bruce Mann, and dog Bailey in tow, Ms. Warren joined protesters outside the White House on Tuesday to voice her opposition to law enforcement officials’ decision to fire pepper balls and smoke canisters at protesters to clear a path for Mr. Trump to hold up a Bible outside of St. John’s Church, which protesters set afire Sunday night.

“The president of the United States tear-gassed peaceful protesters in order to clear the way for a useless photo-op outside the White House — just after vowing to activate the military against our own people,” Ms. Warren said in a Twitter post. “Lives and our democracy are in danger.” 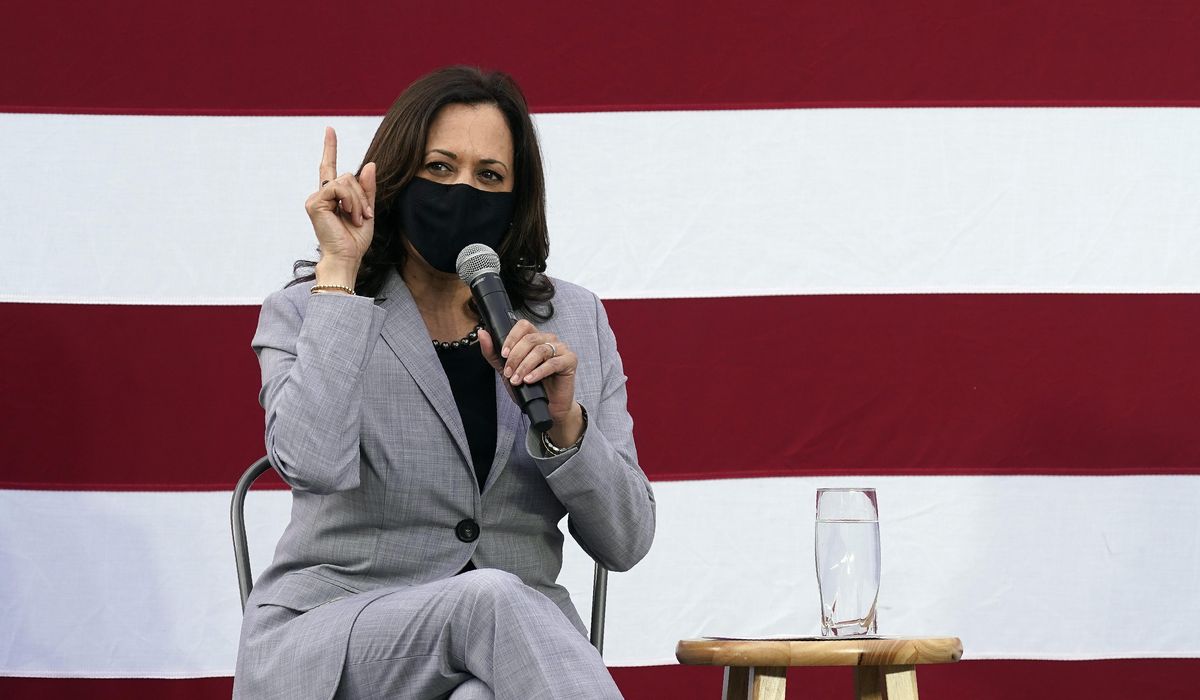 Democratic vice presidential nominee Sen. Kamala D. Harris said Monday that she will “definitely” be involved in the upcoming confirmation hearings for Judge Amy Coney Barrett, President Trump’s pick for the Supreme Court. “I am definitely going to be involved in the hearings and performing my role and responsibility on the Senate Judiciary Committee,” Ms.… 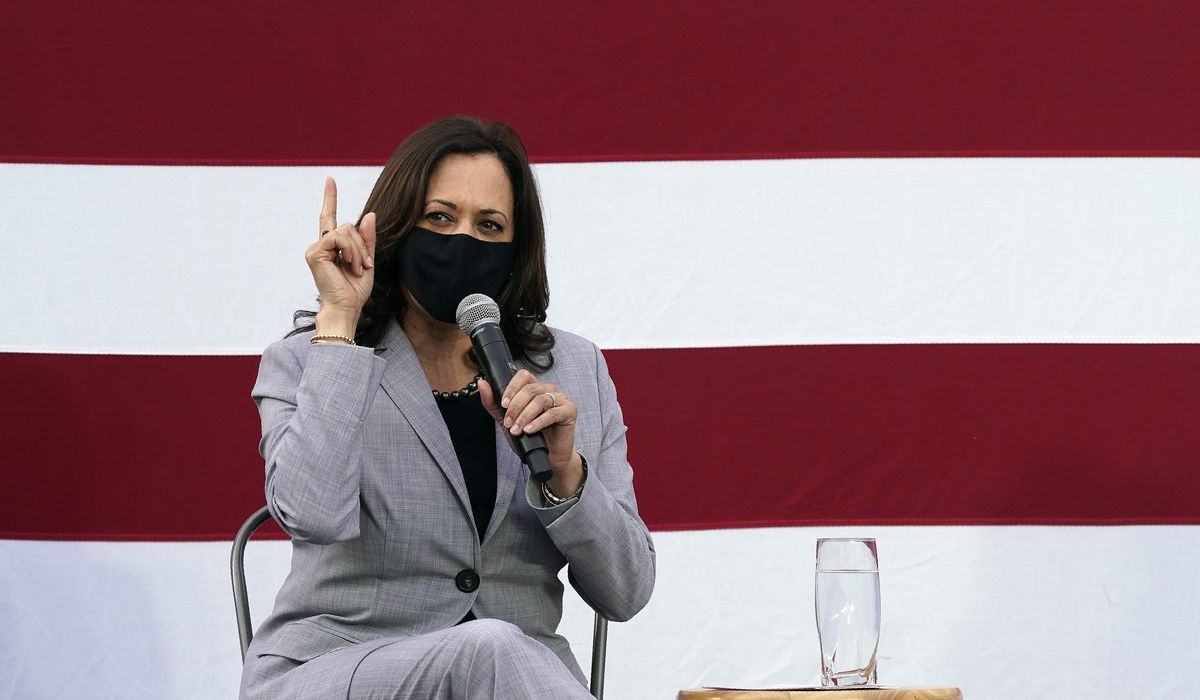