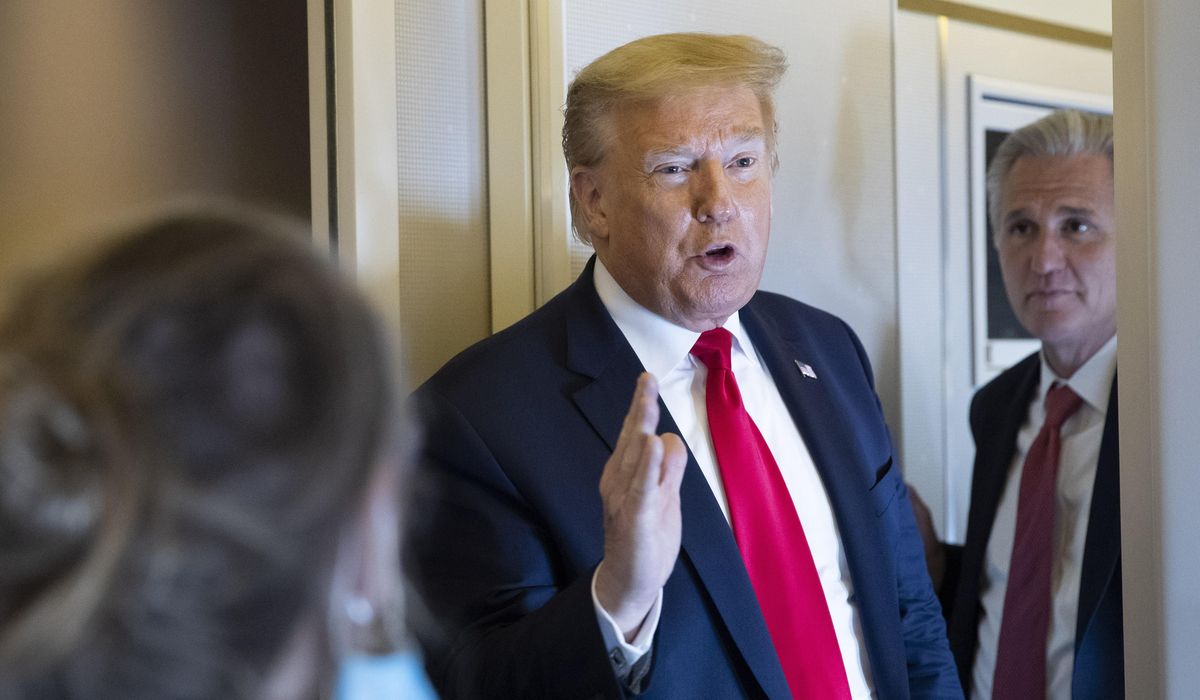 “Look, if the election was today yes, you’re concerned,” Mr. McCarthy, California Republican, said on Fox News. “Can we do better? Yes, we can.”

Mr. McCarthy was asked about concerns that Mr. Trump’s sagging popularity in public polling could be dragging down GOP senators up for reelection in states like North Carolina and Georgia.

Mr. McCarthy, one of the president’s most steadfast allies in Congress, nevertheless predicted a Trump victory in November.

“Joe Biden hasn’t really been out of the basement yet,” he said of the likely Democratic presidential nominee. “I think when you have that contrast going, I think President Trump will get reelected.

He pointed out that GOP Rep. Mike Garcia won a recent special election in California during the pandemic in a race to replace former Democratic Rep. Katie Hill.

“So yes, polling would say one thing but the outcome said something much different,” Mr. McCarthy said. “This is going to be a competitive race and it should be about ideas, though.”