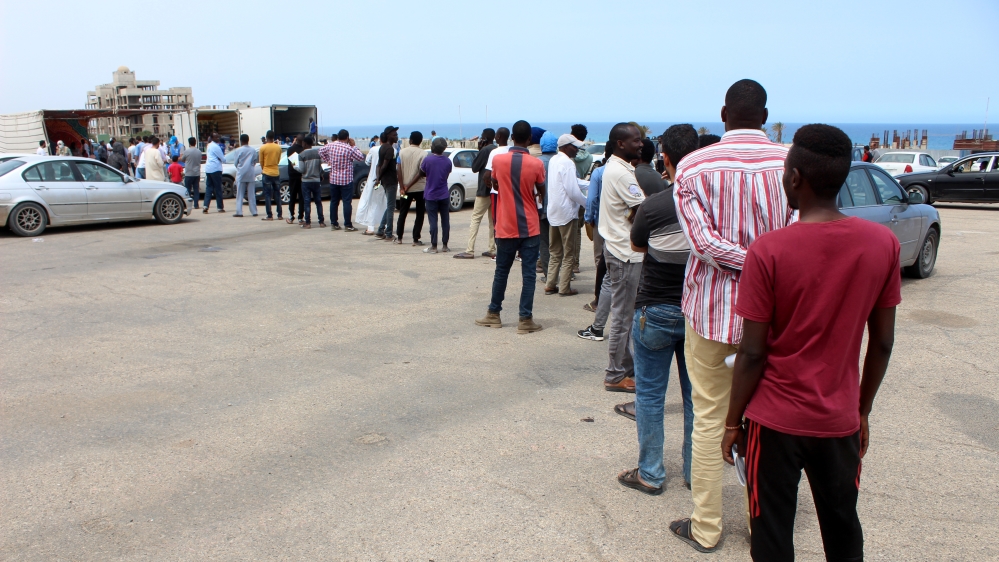 The 30 migrants killed by traffickers in Libya on Wednesday were abducted while crossing the country and then tortured to extract a ransom, Bangladesh’s foreign ministry has said, citing a survivor.
The migrants had been crossing the desert from Benghazi in search of work when they were taken hostage by an armed group near Mizda 15 days ago, the Bangladesh ministry cited the survivor as saying on Friday.
More:

“They tortured them inhumanely for a ransom. At some point in their ordeal, the captives killed the main kidnapper. In retaliation, the militia fired indiscriminately at them,” Bangladesh’s foreign ministry added in a statement.
On Thursday, Libya’s internationally recognised Government of National Accord (GNA) said it had issued arrest warrants for suspects in the killing of 24 Bangladeshi and six African migrants.
Another 11 migrants survived the shooting and are in hospital in Mizda, a desert town 160 km (100 miles) south of Tripoli where the killings took place.
GNA Interior Minister Fathi Bashagha said authorities were doing all they could to find the perpetrators.
A local official in Mizda, speaking anonymously, said security forces there had not detained them because they had lost a family member.
Mizda is under the control of eastern-based commander Khalifa Haftar and his self-styled Libyan National Army (LNA), but not far from areas held by the GNA.
The International Organization for Migration (IOM), a United Nations agency, said the incident took place in a smuggling warehouse where a group of migrants was being held.
“These criminal groups are taking advantage of the instability and security situation to prey on desperate people,” said IOM Libya chief Federico Soda.
Libya is home to a large number of migrants, including some who came to work in the major oil-exporting nation before its descent into civil war, and others hoping to use it as a way station on the journey to Europe.
Many of these migrants have also fled poverty, conflict, war, forced labour, female genital mutilation, corrupt governments and personal threats, only to find themselves stranded in the middle of the Libyan conflict.
Continue Reading…

Mahathir vows to challenge expulsion from his own party |NationalTribune.com