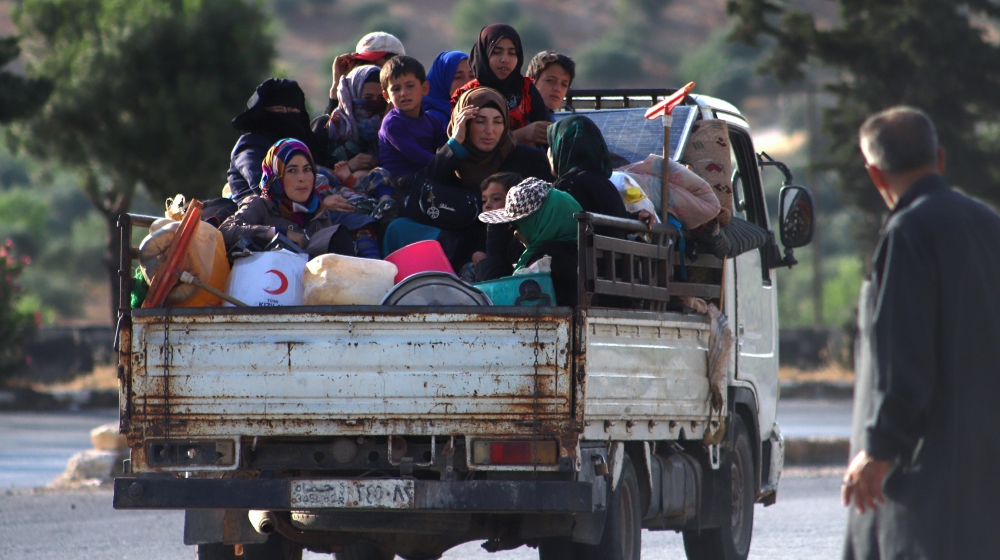 At least two civilians have been killed in air raids launched by Russian military jets on several villages in Syria’s northwest Idlib province, according to activists and rescuers.
The attacks on Monday were the first since a ceasefire brokered by Turkey and Russia came into effect more than three months ago, helping halt major fighting in Syria’s last rebel-held enclave.
More:

The air raids hit a string of villages in Jabal al-Zawiya, southern Idlib, and in towns in Sahl al-Ghab, an area bordering neighbouring Hama province.
Waleed Asslan, a member of the Syrian Civil Defence – also known as the White Helmets, a volunteer search-and-rescue group that operates in rebel-held parts of Syria – said two people were killed after their homes were stuck in the attacks.
“Two people died so far and three others were injured in the town of al-Maouzrah,” Asslan told Al Jazeera from the town of Ariha.
He said men, women and children were fleeing from their homes in Jabal al-Zawiya towards the north fearing more air raids.
Obaidah Dandoush, a pro-opposition activist in the area, confirmed the two deaths and said at least 12 towns were targeted as civilians fled.
“There are two civilian deaths and several injuries so far,” Dandoush told Al Jazeera, identifying the two civilians as Mostafa al-Hamsho, 30, and Hussein al-Aboud, 38.
There was no immediate comment by the Syrian government or Russian officials.
Fleeing to safety
The ceasefire, negotiated in March by opposition backer Turkey and Syrian government ally Russia, halted a bloody three-month air and ground campaign that killed hundreds of people.

It also created the worst displacement crisis of the war in Syria, now in its 10th year. Nearly one million people were forced to flee, with many seeking shelter in the already overcrowded camps near the sealed border with Turkey.
While some had returned to their homes over the past three months, most remained in the area near the Turkish border.
According to Asslan, families who fled towards the border on Monday were fleeing for the second time this year.
Home to some three million people, the Idlib region of the northwest is controlled by Hay’et Tahrir al-Sham (HTS), a former al-Qaeda affiliate, and other rebel groups.
In the past, Russia has cited the HTS’s presence as the reason for attacking areas in Syria’s Idlib.
Last week, Russian air raids targeted Sahl al-Ghab but no injuries were reported.
At the time, the Syrian Observatory for Human Rights (SOHR), a United Kingdom-based war monitor, said the attacks were intended to push opposition fighters away from the key M4 highway in northern Syria, where Turkish and Russian forces often conduct joint patrols as part of the truce agreement.
They were also intended to push HTS and its allies further away from the Sahl al-Ghab area, where government and Russian forces are present, it added.
After holding barely a fifth of the country five years ago, Russian intervention has helped the government reclaim control of more than 70 percent of Syria.
In the northwest, HTS and its allies control about half of Idlib province and slivers of territory in the neighbouring provinces of Hama, Latakia and Aleppo.
In recent years, Moscow and Ankara have become the main power-brokers in Syria, shattered by a civil war since 2011.
The war in Syria has killed hundreds of thousands of people and displaced millions more.
Additional reporting by Farah Najjar
Continue Reading…