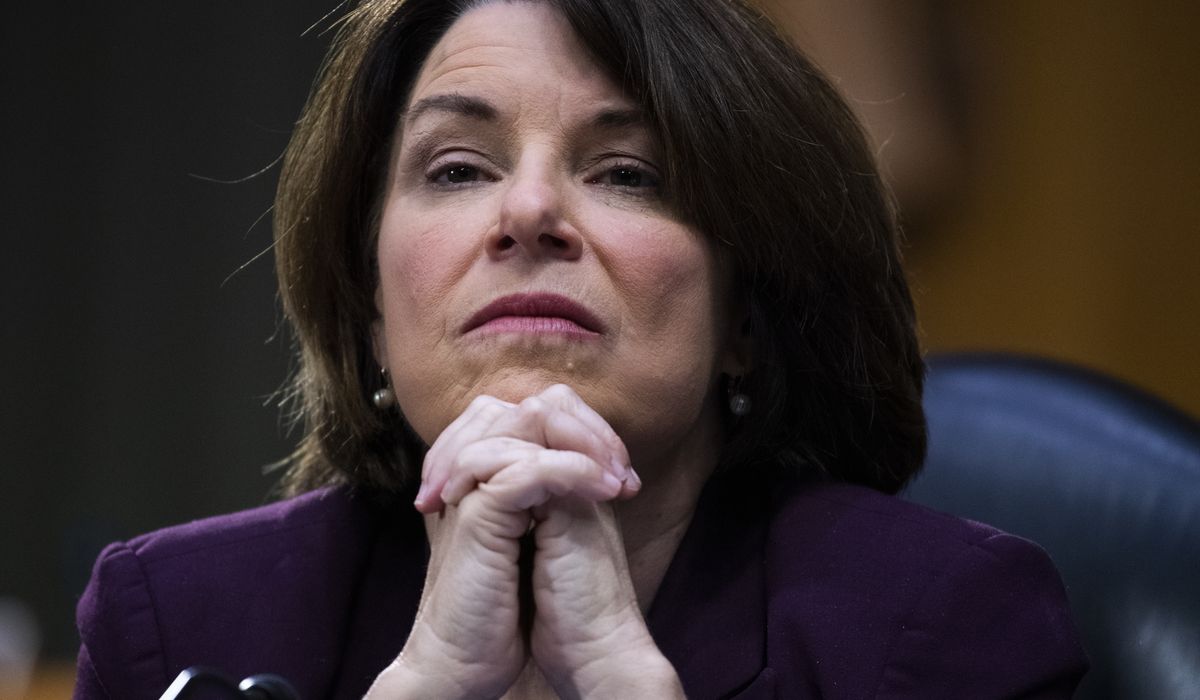 Sen. Amy Klobuchar said Thursday evening that she will not be Joseph R. Biden’s vice-presidential nominee.

In an interview on MSNBC, the white Minnesota Democrat said she thinks Mr. Biden should pick a minority woman for the No. 2 slot on the party’s ticket.

Amy Klobuchar withdrawing her name from consideration to be Joe Biden’s vice presidential choice, saying “I think this is a moment to put a woman of color on that ticket.” pic.twitter.com/DaLOoAAFhU
— Hiba Nasr (@HibaNasr) June 19, 2020

She cited the unrest over police brutality and racism, which grew out of a Minneapolis police killing, as a reason to do this.

“This is a historic moment and America must seize on this moment,” she said. Picking a woman of color would be “a helluva way” to “heal this nation,” Ms. Klobuchar concluded.

In the interview, Ms. Klobuchar, who earlier had agreed to submit to the vice-presidential vetting process, said she told Mr. Biden of her decision to pull out Wednesday evening.

Mr. Biden promised months ago that his vice-presidential pick, should he be nominated, would be a woman, and the Democrats’ progressive base has become increasingly insistent it also should be a non-white woman.

That base is also suspicious of Ms. Klobuchar for reasons besides her being white. Her unsuccessful presidential bid mostly saw her run in the moderate lane, forthrightly opposing Medicare for All, for example.

She also was a prosecutor in Minnesota earlier in his career and progressives criticized her record of (supposedly not) pursuing police brutality cases, a charge that has become particularly acute in the weeks since a Minneapolis police officer with brutality complaints already lodged against him killed George Floyd by kneeling on his neck.