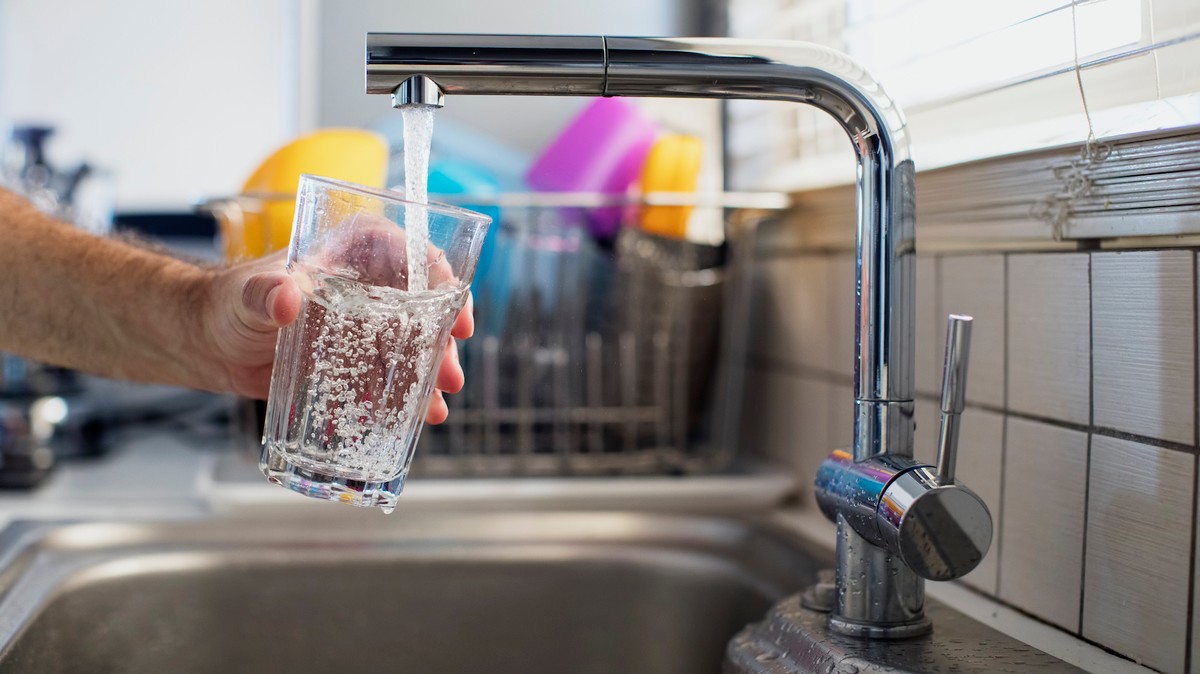 Larry Adekeye and his wife, Cassandra, were nearly four weeks behind on rent when their landlord showed up to their home earlier this month, allegedly brandishing a knife and a two-by-four, screaming at them to leave.

“It was just to get me out, to throw all my stuff on the front lawn and get his room,” said Adekeye, who’s lived in Warwick, Rhode Island, with several roommates since November.

The 31-year-old and his wife had both lost their jobs at a floral distributor due to the coronavirus pandemic, and they couldn’t afford the $210-a-week rent for their room in the home. Adekeye said he received a notice to vacate the property, but he knew he couldn’t be taken to court for missed payments until at least June 1, thanks to an emergency judicial order blocking evictions in his state.

So he and his wife planned to stay put and pay the rent back once their unemployment checks started rolling in.

“He can’t do anything right now. Let’s see if this deescalates or escalates into something else,” Adekeye said he thought at the time.

Adekeye wasn’t wrong in assuming he was protected. Facing one of the biggest economic slumps in recent history, legislators and judges nationwide quickly created a patchwork of rules that temporarily barred landlords from evicting tenants or taking them to court. Those emergency rules, for the most part, kept millions of tenants in their homes after they failed to pay rent this month and last.

But some property-owners, frustrated by their inability to act, have since tried to illegally drive their tenants out using intimidation tactics. Legal aid attorneys in Rhode Island, Virginia, Kentucky, Texas, and California told VICE News that they’ve seen a rise in so-called “self-help” evictions since the onset of the coronavirus pandemic in March. Some landlords, they said, cut power or water, changed locks, or even threatened to call child protective services or immigration authorities on non-paying tenants.

In some circumstances, the victims of those illegal evictions — often vulnerable, marginalized people without an acute knowledge of landlord-tenant law — wound up homeless.

“It’s anything from wrongly telling someone you have to go, and this person doesn’t know they have a right to remain, to levels of harassment, knocking on the door, fake notices, threats, to cutting off utilities,” said Oliver Ehlinger, a Solano-based attorney with Legal Services of Northern California. “We’ve seen examples of all of those.”

In Adekeye’s case, his landlord, Frank Marr, was ultimately arrested and charged with simple assault and disorderly conduct, to which he pleaded not guilty. Adekeye said he no longer feels safe in his home and would like a new place to live.

But Marr, who didn’t respond to VICE News request for comment, told local WPRI-TV that Adekeye pushed him first, which Adekeye disputes.

He has since been arrested twice more for separate incidents, one of which involved “threatening, violent, and tumultuous behavior” in front of three tenants, according to court documents.

Kicked out in a pandemic

Most landlords have complied with the eviction moratoria, especially those with lawyers and property managers of their own to guide them through this crisis, according to attorneys. Some property owners have even gone viral for canceling their tenants’ rents entirely, cutting them a needed break during a global pandemic.

But new tenant protections can’t or won’t stop the landlords who either don’t know the rules — or refuse to follow them.

Kateland Woodcock, an attorney with the Central Virginia Legal Aid Society in Petersburg, recently received four illegal eviction cases in one day, “which is incredibly abnormal,” she said. The eviction process has since resumed in her state and others, leading advocates to worry that an avalanche of tenants will soon be removed from their homes — albeit in a legal way.

Some of Woodcock’s clients were illegally evicted from hotels where they were long-term tenants, after their roomkey access changed, she said. Another’s electricity was cut off, hampering their ability to use a breathing machine and forcing them to leave their home and get a room “on whatever little money they had,” Woodcock said.

“I serve low-income people, that’s my entire client base, so for my clients having to pay $50 for the one-star motel near the highway, that’s a lot of money for them. That’s possibly their food money, that’s possibly going to the doctor,” Woodcock said. “It’s traumatic to just be out like that.”

Stuart Campbell, an attorney for Legal Aid of Northwest Texas, has also seen his caseload increase since the coronavirus streaked across the country. He used to receive about one illegal eviction a quarter. In the last two weeks, he’s seen three.

“If we’re seeing that increase, if it’s trickling down to us, I’m 100% confident it’s happening on a much larger scale across the nation and across the state,” Campbell said.

One of Campbell’s clients, Susan Gilbert, has been locked in a weeks-long, legal fight since her landlord, Jay Hucakabay, shut off the water and gas at her home in Haltom City, Texas last month.

The 54-year-old couldn’t wash her hands or cook for her two grandchildren, whom she’s raising. Huckabay also allegedly cut Gilbert’s internet cables, removed her mailbox, affixed “no trespassing” signs to her door, and threatened to call child protective services, according to court documents.

Huckabay did not immediately respond to a VICE News request for comment.

On May 1, he was sentenced to three days in jail for contempt of court, since he didn’t respond to a judge’s order to turn the utilities back on. But Gilbert, who’s since sued for damages, said she doesn’t wish him any harm and had mixed feelings about him being behind bars.

Really, she just wanted a safe place to stay during the pandemic.

“I just hope I find a house soon, and I can get moved,” Gilbert said.