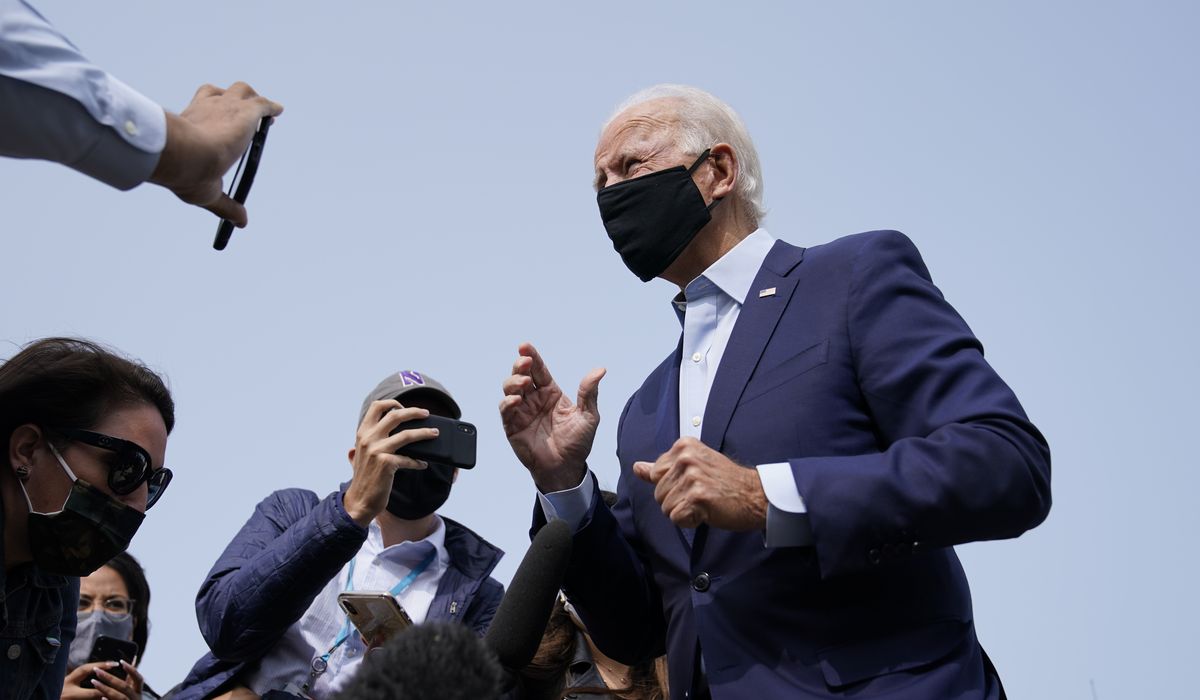 Mr. Biden held a 5-point, 50% to 45% lead among registered voters in the state, according to the poll.

Mr. Biden held a 3-point, 49% to 46% lead over the president under a likely voter model with lower turnout.

On Tuesday, the former vice president makes his first in-person campaign trip to the Sunshine State since becoming the Democratic presidential nominee. He holds a 1.6-point lead over Mr. Trump in the critical battleground state, according to the latest Real Clear Politics average.

The survey of 428 registered voters was taken from Sept. 10-13 and has a margin of error of plus or minus 4.7 percentage points.