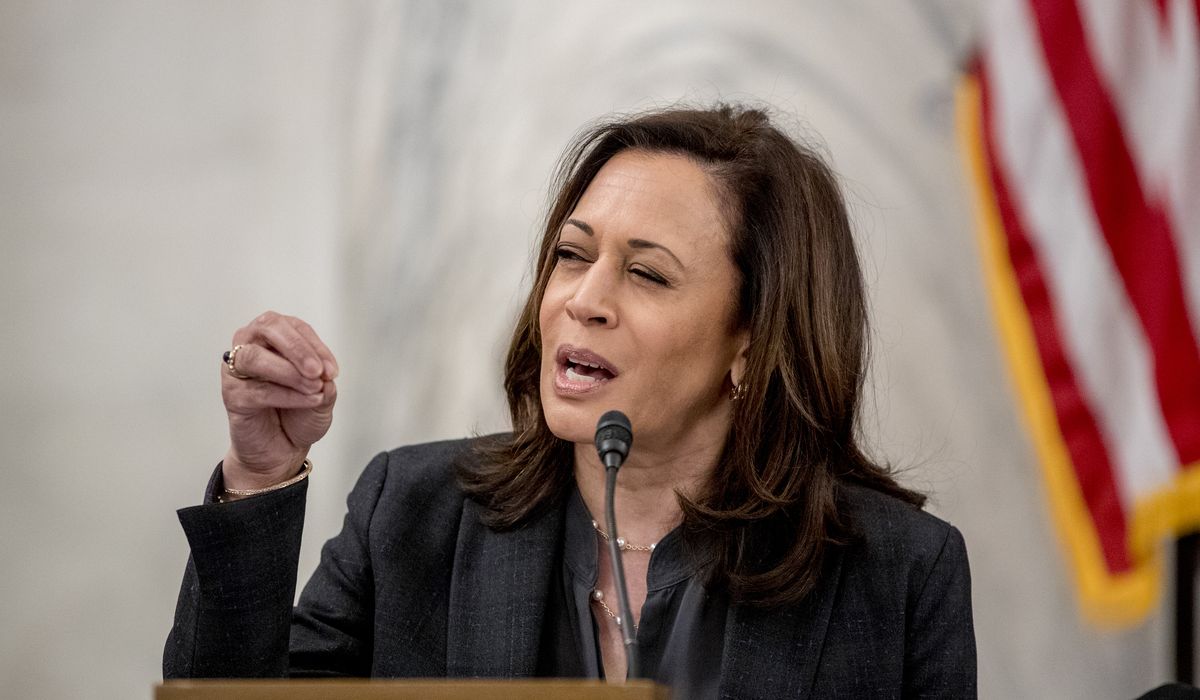 “She didn’t run a particularly effective campaign for president, but as a number two she would be tough,” he said. “If I were a betting person, that’s who I would bet on.”

Mr. Biden, the presumptive Democratic presidential nominee, said at a fundraising event on Wednesday he hopes to name his pick around the beginning of August.

“I think that I need somebody who in fact is simpatico with me, both in terms of personality as well as substance,” the former vice president said. “That means that they don’t have to agree with me on everything, but they have to have the same basic approach to how we handle the economy and how we handle everything.”

Mr. Biden has already committed to choosing a woman and is facing pressure to pick an African-American after he was forced to apologize for his comments last week that people supporting President Trump “ain’t black.”

“Joe may be the first guy in American political history to lose control over picking his own vice president,” Mr. Graham said. “I think he’s put himself in a box.”

But Mr. Graham, who is up for reelection this year, said Republicans shouldn’t underestimate Mr. Biden.

“He’s nicer than Hillary Clinton, and he’s not as wild as Bernie Sanders on policy,” he said. “He will be appealing at first glance, but what we have to do is associate him with an agenda that’s not appealing. He’s the front guy of a very dangerous agenda.”

“Joe Biden will not be easy to beat,” Mr. Graham said.

Lindsey Graham begs for campaign cash on TV: ‘I am being killed financially’

Sen. Lindsey Graham of South Carolina begged for campaign cash during a Thursday morning TV appearance, saying he’s getting “killed” in the money game by Democratic challenger Jaime Harrison. “I’m being out-spent 4-to-1, out-raised 5-to-1,” Mr. Graham said on Fox News before mentioning his campaign website. “I need some help,” said Mr. Graham, who chairs… 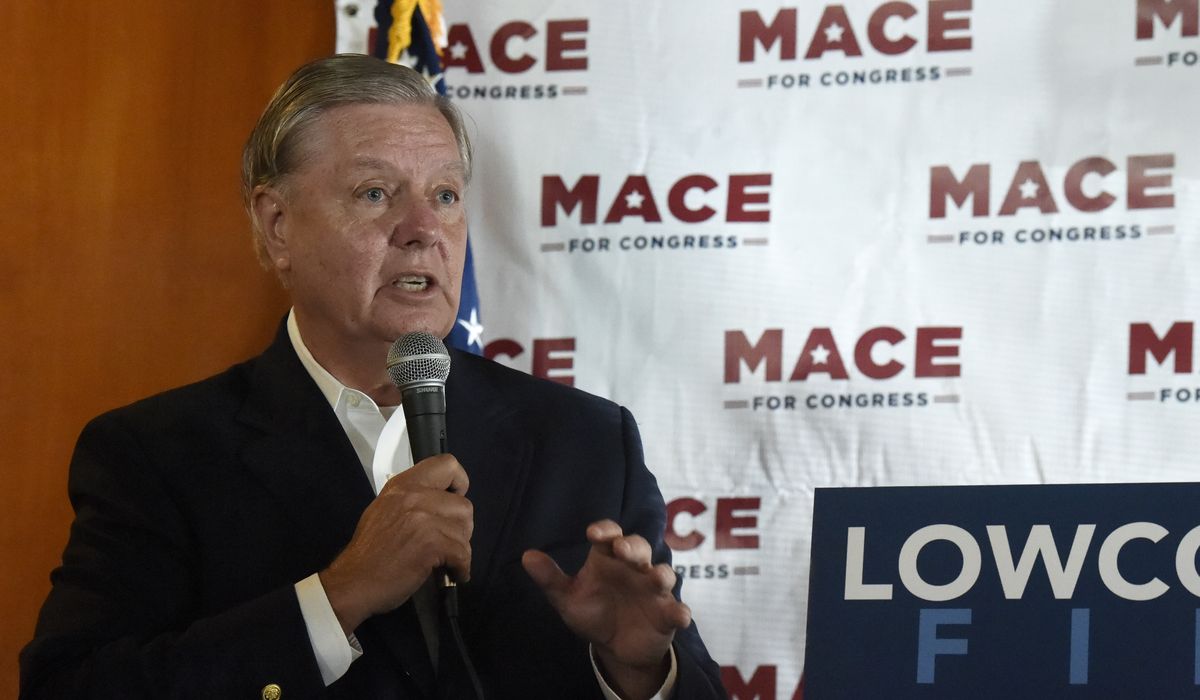 “I’m being out-spent 4-to-1, out-raised 5-to-1,” Mr. Graham said on Fox News before mentioning his campaign website.

“I need some help,” said Mr. Graham, who chairs the Senate Judiciary Committee.

It’s at least the second time this week that Mr. Graham, who will play a central role in the upcoming Supreme Court battle to replace the late Justice Ruth Bader Ginsburg, made a direct pitch to Fox News viewers to give him money.

Some recent polling has shown Mr. Graham and Mr. Harrison running neck-and-neck in the red state.

“He raised $6 million from the time Justice Ginsburg passed away within 72 hours,” Mr. Graham said of his Democratic opponent.

“And God bless Justice Ginsburg. We’re celebrating her life. I appreciate waiting [until] Saturday to announce the replacement,” he said. “But I am being killed financially. This money is [because] they hate my guts.”

Mr. Graham said he’s not the only Republican who is suffering.

“It’s all of us — all of us are getting out-raised,” he said before throwing in another plug for his campaign website. “Five or 10 bucks goes a long way if enough people [will] do it.”

Senate Judiciary Committee Chairman Lindsey Graham on Sunday accused the FBI of committing a “new crime” before a Senate committee in 2018 when the bureau testified that a key source backed up Christopher Steele and his anti-Trump dossier when in fact the source had not. “Somebody needs to go to jail for this,” Mr. Graham,… 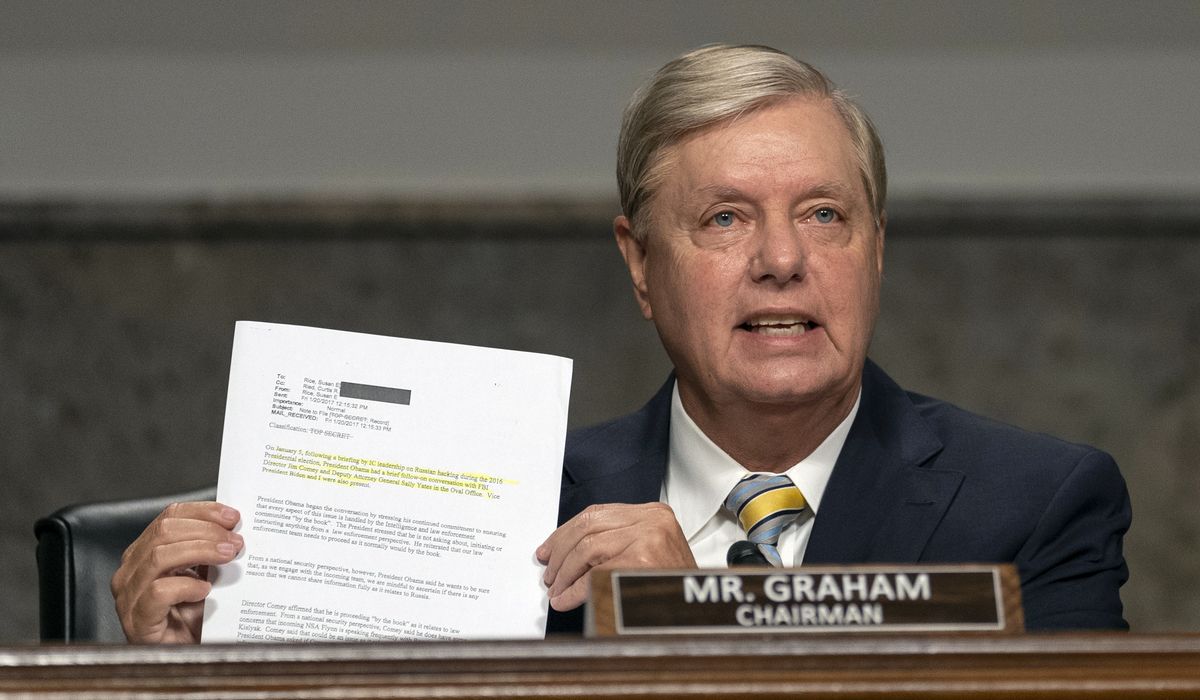 Senate Judiciary Committee Chairman Lindsey Graham on Sunday accused the FBI of committing a “new crime” before a Senate committee in 2018 when the bureau testified that a key source backed up Christopher Steele and his anti-Trump dossier when in fact the source had not.

“Somebody needs to go to jail for this,” Mr. Graham, South Carolina Republican, said on Fox News’ “Sunday Morning Futures,” as he waved a newly declassified FBI document.

“They misled the hell out of them,” he said. “They completely misrepresented to the Senate intel committee what the sub-source had told the FBI in 2017. That is a new crime, a different crime.”

The senator said he plans to ask FBI Director Christopher A. Wray, “How could they be telling the Senate intel committee a bunch of lies when they knew better?”

Mr. Graham said the primary sub-source told the FBI that his dossier feed to Mr. Steele was from friends passing along second- and thirdhand information. The source was outed on social media last month as U.S.-based foreign policy analyst Igor Danchenko, who has been described as being Ukrainian-born and as Russian.

Mr. Danchenko also told the FBI that Mr. Steele, a former British intelligence officer, seemed to have embellished some of the gossip he provided in 2016 while his work was being funded by the Democratic Party and the Hillary Clinton presidential campaign. Mr. Danchenko told the FBI that he took what his sources provided with “a grain of salt” and told Mr. Steele that the information was “just talk” out of Moscow.

But when the FBI testified a year later before the Senate Select Committee on Intelligence, senators heard a far different story.

Mr. Graham produced a newly declassified document that served as FBI talking points for the closed Senate testimony. The hearing was called because senators were hearing reports that the main dossier source provided unreliable information.

The FBI witness that day sought to shore up Mr. Danchenko and the dossier. The witness told the committee that Mr. Danchenko “did not cite any significant concerns with the way his reporting was characterized in the dossier to the extent he could identify it.”

Not so, Mr. Graham said. He said Mr. Danchenko told the FBI a year earlier that he had “no idea” where Mr. Steele obtained information attributed to him.

The FBI witness told the Senate that the sub-source confirmed that Mr. Steele did not fabricate dossier sections. But Mr. Danchenko said he corroborated “zero” allegations, according to the December 2019 report by Justice Department Inspector General Michael E. Horowitz.

The FBI’s 2018 talking points said the sub-source “maintains trusted relationships with individuals who are capable of reporting on the material he collected for Steele.”

Mr. Graham rebutted this statement. He said the sub-source made it clear that there were “multiple layers of hearsay.”

Mr. Graham said he does not know the identity of the FBI witness in 2018. But he said it likely came from the Crossfire Hurricane team that started the probe into President Trump and his campaign advisers on July 31, 2016.

By 2018, special counsel Robert Mueller had taken over the investigation. He ultimately found no conspiracy between the Trump campaign and the Kremlin — a central allegation from Mr. Steele.

The FBI had every reason to defend the dossier in 2018. Agents had come to embrace Mr. Steele’s 17 memos to the extent that they based four wiretap applications on its claims and used its allegations to investigate Trump associates. The FBI insisted that the CIA and other agencies include dossier claims in the official assessment of Russian interference in the 2016 election.

In the end, the Mueller and Horowitz investigations discredited the dossier’s anti-Trump allegations. For example, Mr. Steele wrote that candidate Trump was a spy for Russia for years and bankrolled Russian computer hacking against Democrats. Neither proved true.

Mr. Graham has launched a broad investigation into “FISA abuse” — that is, the FBI misleading the federal court that approves electronic surveillance under the Foreign Intelligence Surveillance Act.

With this disclosure, Mr. Graham said, he is now finding a pattern of FBI misconduct.

Attorney General William Barr has appointed John Durham, the U.S. attorney in Connecticut, to investigate how the FBI began its investigation into Mr. Trump and its alleged misleading of judges, and now of senators.

Mr. Horowitz found that on 17 occasions the FBI either provided false information to the court or withheld evidence that was favorable to the target, Trump campaign volunteer Carter Page. An FBI attorney has been accused of falsifying a CIA email to the bureau to make it look like Mr. Page never worked for the agency when in fact he had.

“They did to the Senate intelligence committee what they did to the FISA court,” Mr. Graham told Fox News’ Maria Bartiromo. “They misled the hell out of them. They said there’s no evidence from the sub-source to suggest that Steele fabricated anything in the dossier. Actually, the sub-source said it was all bar talk, hearsay, speculation and conjecture, and the whole sexual activity of the president was made in jest.”

This was a reference to Mr. Steele’s report that Mr. Trump frolicked with prostitutes in Moscow in 2013.

Mr. Graham previously released the FBI’s heavily redacted notes on its three interviews with Mr. Danchenko in January 2017. After hearing the source’s doubts, agents nonetheless obtained two more wiretaps on Mr. Page and cited the dossier as the main piece of evidence that he was a Russian agent. Mr. Page was never charged. The information came from two of Mr. Danchenko’s six sources.

The redacted interview indicates that Mr. Danchenko traveled to Moscow at least three times to collect tidbits for Mr. Steele.

Mr. Steele’s dossier not only empowered the FBI, but it also served as a constant weapon for Democrats and the liberal press who accepted the claims as true and attacked Mr. Trump from 2017 to 2019. 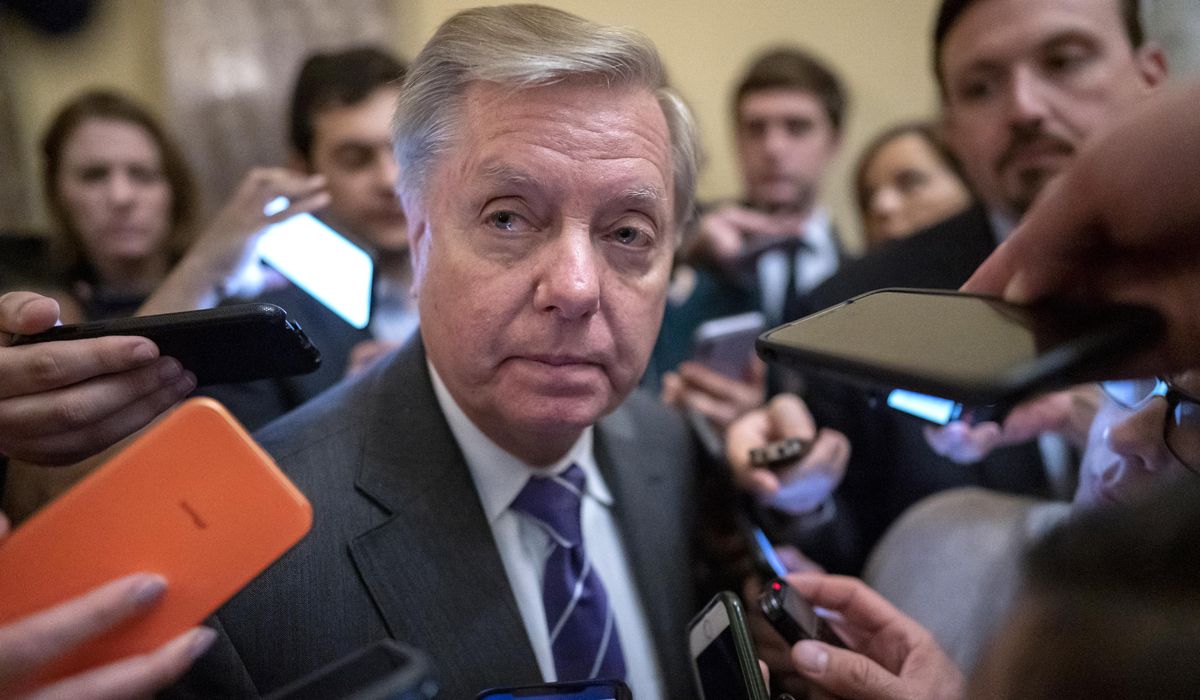 “Apparently Mr. Mueller is willing — and also capable — of defending the Mueller investigation through an oped in the Washington Post,” Mr. Graham, South Carolina Republican, said in a statement.

The White House late Friday announced that President Trump was commuting the sentence of Stone, who was convicted on seven criminal counts last year, including lying to Congress, witness tampering, and obstructing a congressional investigation into whether the Trump campaign coordinated with Russia ahead of the 2016 election.

In an opinion piece published Saturday in the Washington Post, Mr. Mueller defended his office’s handling of the case.

“The jury ultimately convicted Stone of obstruction of a congressional investigation, five counts of making false statements to Congress and tampering with a witness. Because his sentence has been commuted, he will not go to prison. But his conviction stands,” Mr. Mueller said.