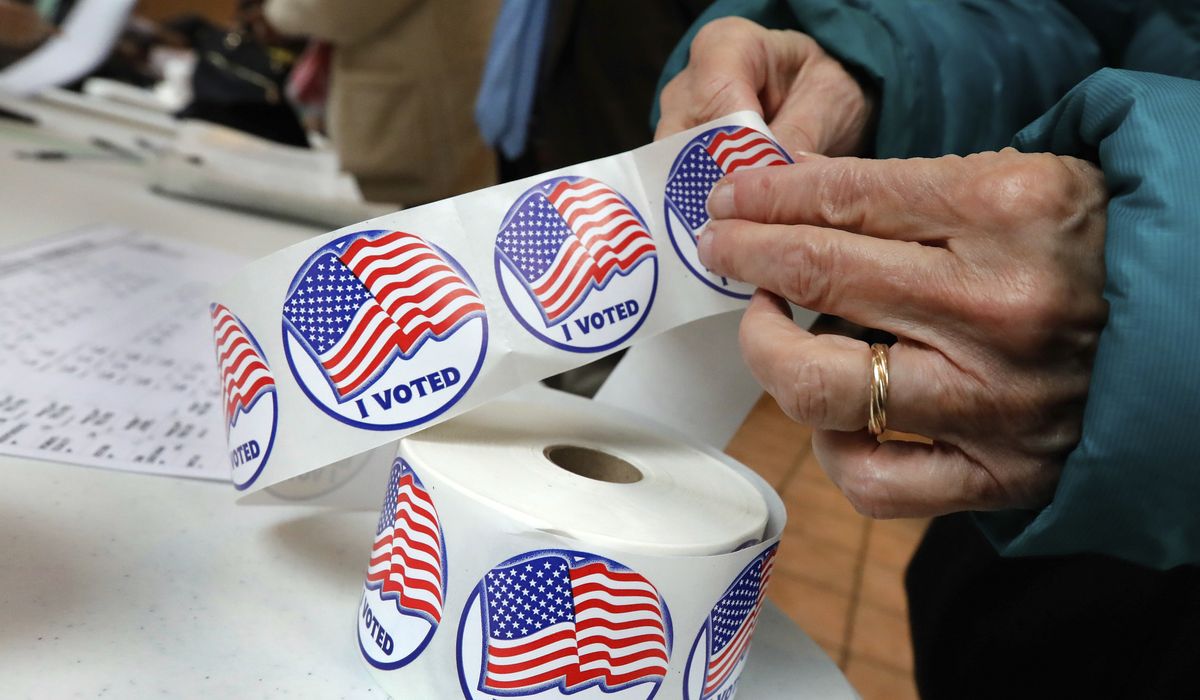 Texas authorities have charged a former volunteer for LULAC, a major Hispanic civil and voting rights organization, with voter fraud after she cast two ballots in the state’s March 3 primaries.

But the national president of the League of United Latin American Citizens says the woman’s votes were an innocent accident, and he said the prosecution is intended to send a signal of voter suppression in the upcoming election.

Isabel Calderon, 46, cast one ballot in person during the state’s early-voting period, then showed up and voted again on primary day, Howard County Election Administrator Jodi Duck said in a statement posted on local news sites.

The Texas Rangers were called in to investigate after the local sheriff recused himself, saying he’s on the ballot this year. The rangers reported that Ms. Calderon confessed, leading to her arrest.

The charges come as Texans, and the country as a whole, debate voter fraud, voter access and how this year’s elections will be run amid coronavirus fears.

Christian Adams, head of the Public Interest Legal Foundation and a crusader for voter integrity, said the arrest was a black eye for LULAC, which is on the record saying voter fraud isn’t a problem in Texas.

“You won’t find employees of election integrity groups committing voter fraud,” he told The Washington Times. “LULAC spends enormous energy and money undermining election integrity laws and attacking those who support them. Now we learn it is even worse.”

But Domingo Garcia, national president of LULAC, said the prosecution against Ms. Calderon was an attempt at voter suppression.

“LULAC condemns voter fraud by anyone. But we also know we’re dealing with racist terrorist organizations like the Texas Rangers, who have a history of police brutality and voter suppression in Texas,” Mr. Garcia, a Texan and former member of the Dallas City Council, told The Times.

He said Ms. Calderon is a former volunteer for LULAC, and he said she “accidentally voted twice.”

“She forgot she voted early, then she went voted Election Day,” He said.

Mr. Garcia said the election judge should have been on top of the situation and refused to allow her to vote the second time, or at best given her a provisional ballot, instead of allowing the ballot to be cast.

“What is an innocent mistake should not be made into a felony,” he said.

Mr. Garcia said to bring charges like this in the current election environment seems like voter suppression.

Last year it sued the secretary of state and attorney general over an attempt to purge what the state said were 95,000 non-citizens on voting rolls. The state later retracted that figure, and a federal judge put a stop to the purge of names.

More recently, LULAC has been involved in trying to force Texas to broaden its vote-by-mail options during coronavirus.

While a number of states have moved to allow more people to vote by mail, Texas state officials have said their law doesn’t allow for an expansion. President Trump has complained that voting by mail will lead to more fraud.

In Ms. Calderon’s case she cast both her early ballot and her primary day ballot in person.