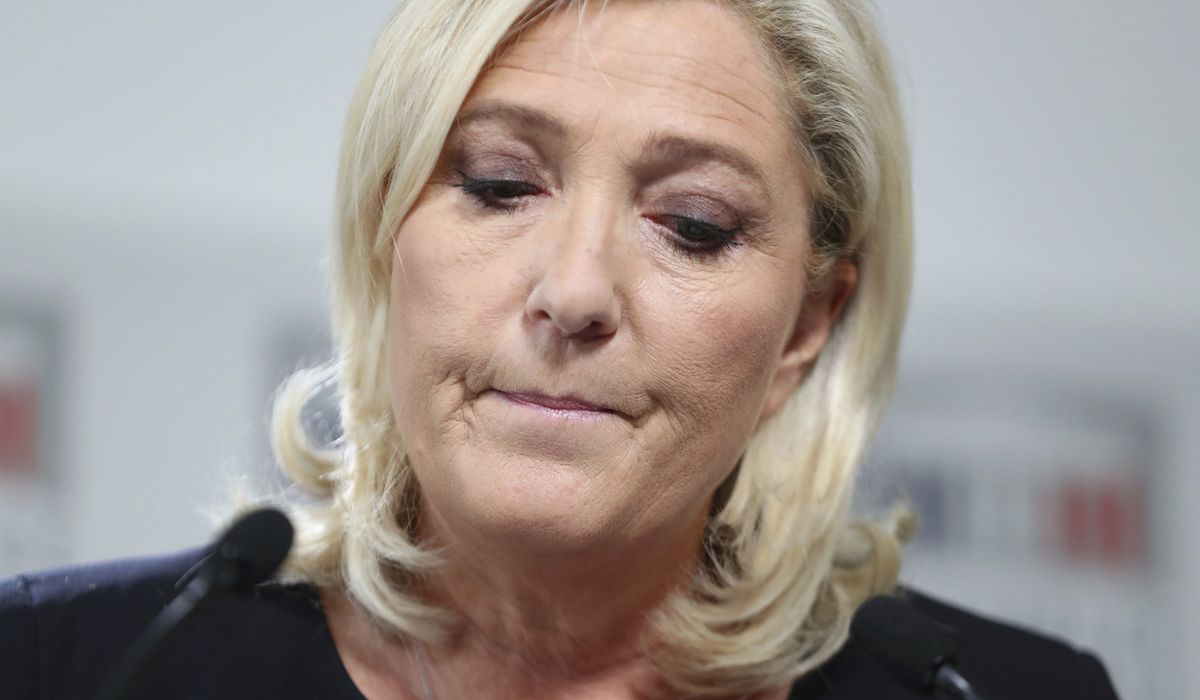 It’s not just Americans who are anxious about the election: The wave of populist conservative parties that surged across Europe after Donald Trump won are watching the U.S. contest with intense interest on the hope that a second Trump term will boost their momentum.

From Marine Le Pen’s National Rally party in France and Nigel Farage’s Brexit Party in Britain to the anti-immigrant Danish People’s Party and Italy’s anti-European Union Northern League, the new populist right of old Europe say they fear a rejection of Mr. Trump in November could also suck the wind out of their movements.

“A Trump victory is crucial to us,” said Ivan Espinosa de los Monteros, a top official in Spain’s upstart far-right nationalist Vox party. Vox emerged last year as the third-biggest force on the Spanish political landscape, where a shaky coalition of social democrats and communists currently hold power in parliament.

“Trump has been a beacon for the movements of freedom and conservatism around the world,” said Mr. Espinosa, who heads Vox’s international relations wing.

“The U.S. vote in November is probably one of the most important elections for conservatives around the world since the Reagan era,” he said. “If Trump loses, we would have to work twice as hard just to stay in the same place.”

Whatever the polls say, European conservatives exude confidence that Mr. Trump will sail to a second term. Mr. Farage, for instance, appears to be banking on a Trump win to energize the British conservatives in a way that might inspire them to accelerate and deepen Britain’s controversial separation from the EU.

What if Mr. Trump loses? Some analysts say the beleaguered centrist and pro-EU integration parties that are now only clinging to power in several European nations, such as Germany, will likely rally around the loss to argue that the far right’s global surge of recent years — capped by the 2016 Brexit vote and Mr. Trump’s upset win months later — was only a passing fad.

“European centrists will try to regain ground they lost while Trump was in office,” said Jeffrey Rathke, a former high-level U.S. diplomat. A Trump defeat, he added, would not only affect domestic politics in states across Europe, but will likely have major ramifications for collective European foreign policy.

“The ruling parties in Europe are going to try to consolidate parts of the trans-Atlantic relationship they thought were under assault while Trump was in office,” said Mr. Rathke, who currently heads the American Institute for Contemporary German Studies at the Johns Hopkins University in Washington.

This could involve an attempt to rally NATO and a collective refocusing on the threat posed by Russia, said Mr. Rathke, who maintained that Mr. Trump has failed over the past four years to clearly identify Russian aggression as a core reason for the alliance.

He also said the major powers within the EU are likely to seize on a Trump loss to re-engage as a bloc with Washington, rather than try to cut deal as individual states.

Alternatively, Mr. Rathke said, a Trump victory in November “will scare the bejesus out of Europe’s centrist politicians” and likely escalate polarization on the continent between multilateralists and nationalists.

“You’ll have the outsiders feeling like they’re back on the move again because Donald Trump pulled off another victory in the United States,” he said. “It would turn up from a simmer to a boil this conflict in European politics, because people are going to see it as a harbinger of what might be possible in their own countries.”

At the same time, a Trump loss would be devastating to the far-right parties pushing anti-elite agendas and, like Vox, seeking to sharply restrict immigration flows into Europe.

“The United States is the headliner for this activity under Trump, so if he loses in November, the headliner goes away,” said Gordon Adams, a longtime international affairs expert and professor emeritus at American University in Washington.

But he also said the populist and nationalist forces that Mr. Trump and his ideological allies have unleashed are not going to go away.

“The resonance of having the most powerful country in the world being run by somebody who is sympathetic to the far-right perspective would be a huge loss conceptually in terms of the credibility of what these parties trying to do in Europe,” Mr. Adams said in an interview. “But does that mean there will be a reversion to the norm? Will the lid on Pandora’s box be closed because Trump lost? The answer is no.”

“Yes, these forces in Europe will lose the megaphone they currently have in Donald Trump and that will, to some degree, discredit what they’re trying to do,” Mr. Adam’s said. “But I think these forces are out of the box, and the question now is, Where do they evolve to politically in Europe going forward?”

It’s a question that Mr. Espinosa and others in Spain’s conservative Vox party are already pondering. And while there are common themes, the right-wing populist wave takes different forms in different countries across the continent.

“In ‘New Europe,’ countries like Hungary, Poland and the Czech Republic are extremely anti-left,” Mr. Espinosa said. “The reason is that they remember what it was like to be under the communist regime. In Poland, for instance, there are six different types of conservative movements and there’s no strong leadership from the left because they remember [the Soviet era] clearly and the threat of Russia is too present and clear for them to ever go left.”

There are also pro-Trump forces at work in Eastern Europe, including in Poland, where the ruling Law and Justice Party has cultivated the president and even pushed for the establishment of a permanent military base to be called “Fort Trump.”

Mr. Espinosa argued that the “elite progressives” of Western Europe will push to dominate the political agenda in countries like Spain by seeking to stifle conservative parties like Vox.

That will likely mean an escalating push to block the party’s supporters and members from pushing their message on social media.

It’s a phenomena already in the works in Spain, according to Mr. Espinosa. He said Spain’s ruling coalition of social democrats and communists has sought to undermine Vox since it won 52 seats in the 350-seat parliament last year.

“This crackdown on us on social media is an attempt to cripple us,” he said, adding that the situation is “different from the U.S.” because of a lack of any real plurality in the Spanish political media.

“Spain does not have any traditional media outlet that is conservative,” Mr. Espinosa said. “Every broadcaster is leftist or far-leftist. So any coverage we do get, they give us a bad rap, even though we’re the third party in Spain, with 15% of the market share.”

“You’ll never see an objective or fair characterization of us on any media, ever. So we need to be on Twitter, Facebook, TikTok, Facebook, Instagram, etc.,” he added, asserting that “if we disappear from social media, we’ll be wiped out.”