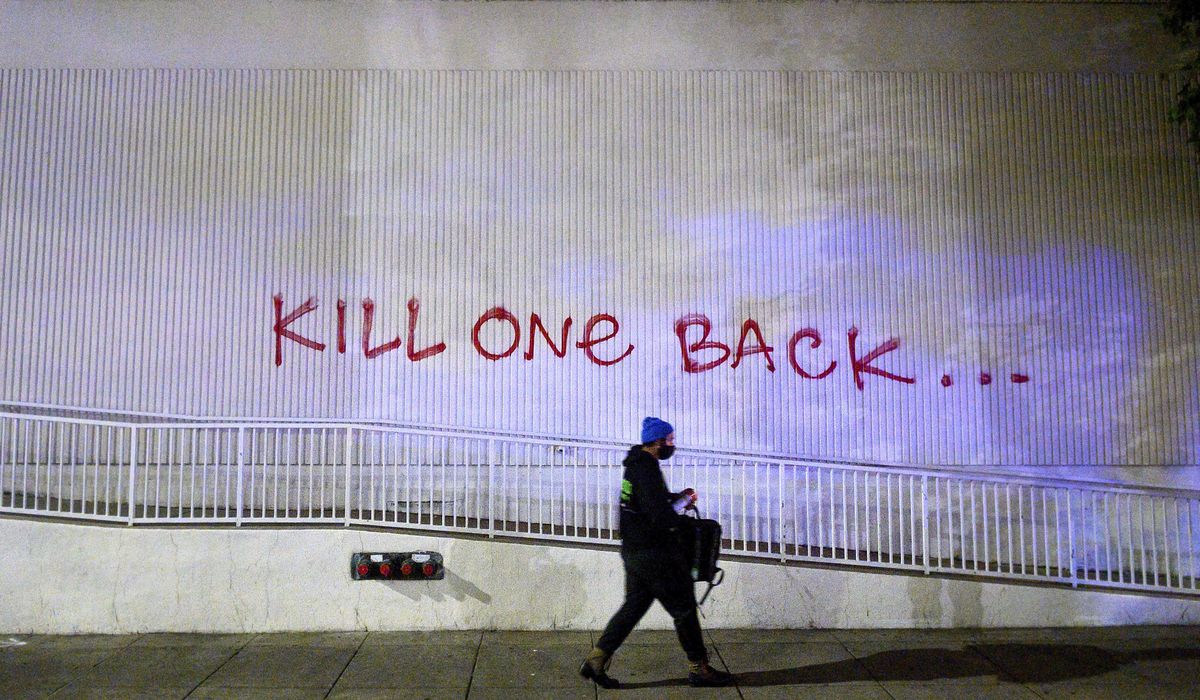 A Federal Protective Services officer was shot and killed Friday night in Oakland, California, during the riots over George Floyd’s death, the FBI said Saturday morning.

In a statement, the FBI the shooting occurred at the Ronald V. Dellums Federal Building in downtown Oakland. A vehicle pulled up to the building and a suspect fired gunshots at security officers outside the building, the FBI said.

The shooter hit two contract security officers, with one dying from his injuries. The second officer was wounded, but the FBI did not list his injuries.

The FBI said it is working with the Oakland Police Department on the investigation.

Federal Protective Services officers prevent and protect terrorism and criminal acts threatening government infrastructure and buildings. It is part of the Department of Homeland Security.

“They started out peaceful, and we stood with our community here in the city of Oakland to provide safe spaces and respectful spaces for demonstrators,” the statement said. “What we saw later in the evening turned violent and disruptive.”

All told, 22 people were arrested in Oakland with 18 arrested by local police and four by other agencies. In addition, authorities detained 60 looters for further investigation.

Lewis Schiliro, a former head of the FBI’s New York field office, said the investigation could become a terrorism probe because the attack occurred at a federal building.

“A life lost is a priority, but coupled with that, someone attacked a federal building,” he told The Washington Times. “That goes to the heart of the government and its institutions. That raises the bar on whether future attacks are planned.”

“If it was a group that planned this, there could very well be a terrorism charge along with the homicide charge,” Mr. Schiliro continued.

Mr. Schiliro said investigators’ first steps will be to examine camera coverage in the area where the shooting occurred.

Authorities will pull video images from federal, state, and local cameras in an effort to identify the car, capture the image of a license plate or the individuals inside the vehicles, he said.

“The first thing they are looking for is any camera coverage of the area,” he said. “Federal buildings generally have state-of-the-art video surveillance. That is going to be the most critical.”

Simultaneously, investigators will look for witnesses, although Mr. Schiliro acknowledged that it may be difficult to find witnesses among the chaos of the riots.

“It was a difficult time, whether that will be fruitful or not, I don’t know,” he said.

Mr. Schiliro said other steps in the investigation include searching for forensic evidence such as tire tracks and bullet casings. He also expects officers to examine intelligence reports, including any talk of a planned attack on a federal building.

“Intelligence is going to play a big role in this,” he said

The federal government deployed SWAT teams from 16 different federal divisions to deal with the unrest surrounding racial justice protests in May and June, Congress’ chief watchdog said in a report Thursday that reveals the extent of Trump administration action. Teams deployed from Buffalo to Miami, and from San Diego to D.C., in some cases… 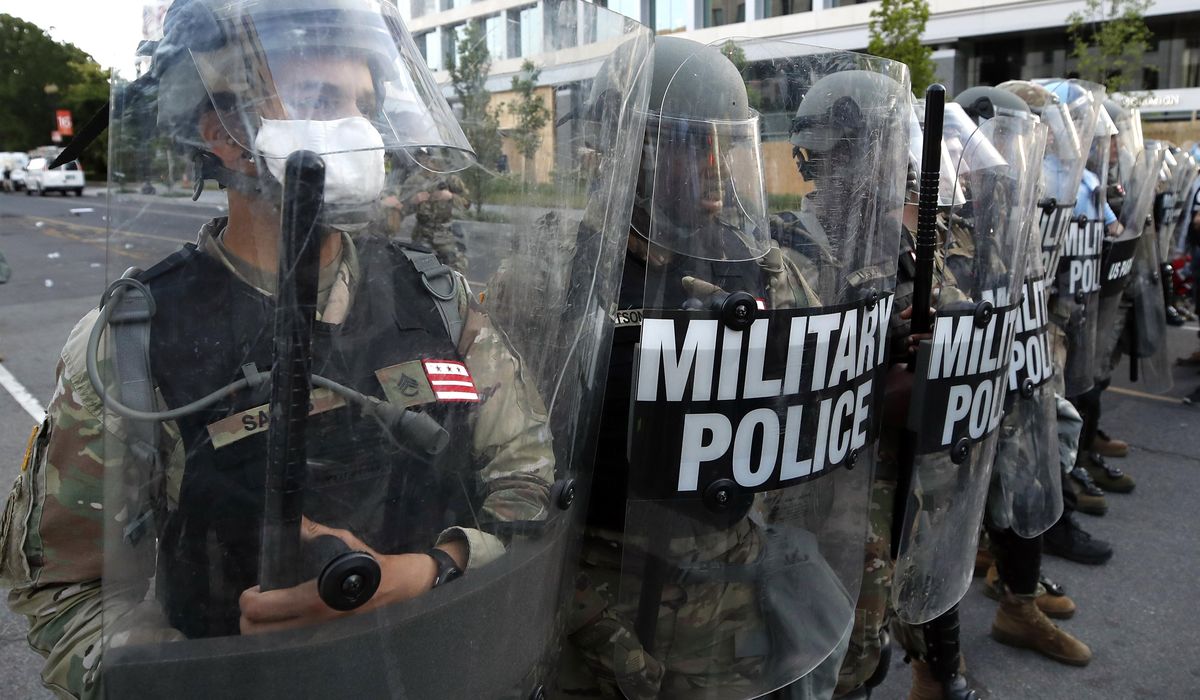 The federal government deployed SWAT teams from 16 different federal divisions to deal with the unrest surrounding racial justice protests in May and June, Congress’ chief watchdog said in a report Thursday that reveals the extent of Trump administration action.

Teams deployed from Buffalo to Miami, and from San Diego to D.C., in some cases as the main protection for federal buildings and in other cases as backup to other national or local law enforcement agencies, according to the Government Accountability Office.

The deployments have drawn intense scrutiny, with Trump critics saying the federal presence was heavy-handed, particularly in the nation’s capital.

The District of Columbia was the most intense, with 11 different tactical teams playing some role there during protests. They ranged from the FBI’s Hostage Rescue Team to the Pentagon’s 14-member Force Protection Emergency Response Team, which deployed to clear protesters from near a military courthouse in downtown.

Portland was not listed, likely because of the time frame. GAO’s review only spanned through June, and additional federal tactical teams were sent to the Oregon city in July.

Federal officials say they sent in reinforcements after violent riots broke out around the federal courthouse and local police were told to stand down.

The U.S. Marshals Service declined to say where it deployed tactical teams, calling it a sensitive matter. The agency wouldn’t even disclose the number of people on its tactical teams.

Other agencies, though, were forthcoming.

GAO released the information as part of a broader audit of 25 tactical teams run by federal agencies.

They range from the FBI’s SWAT team, with nearly 1,100 members, to a two-man team at the National Institutes of Health.

Federal law enforcement and intelligence agencies have enlisted Big Tech executives to help fight influence operations aimed at the election and to help prepare for the upcoming Democratic and Republican National Conventions that will be held largely online. The group war-gaming different potential attacks ahead of the election includes Facebook, Google, Twitter, LinkedIn, Microsoft, Pinterest,… 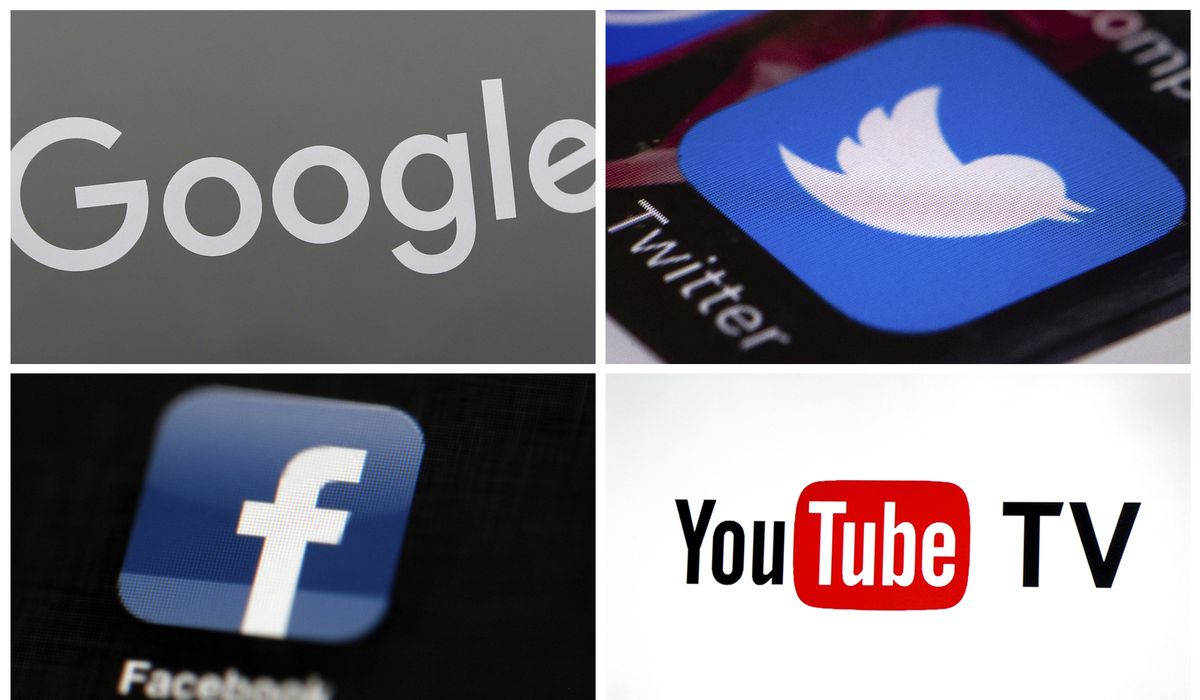 Federal law enforcement and intelligence agencies have enlisted Big Tech executives to help fight influence operations aimed at the election and to help prepare for the upcoming Democratic and Republican National Conventions that will be held largely online.

The Big Tech executives met with representatives of the FBI, Department of Justice, Office of the Director of National Intelligence, and the Cybersecurity and Infrastructure Security Agency on Wednesday. Afterward, the Big Tech executives said that their companies are meeting regularly with the federal government agencies responsible for ensuring election security.

“We held the latest in a series of meetings with government partners today where we each provided updates on what we’re seeing on our respective platforms and what we expect to see in the coming months,” the Big Tech companies said in a joint statement. “Specifically, we discussed preparations for the upcoming conventions and scenario planning related to election results. We will continue to stay vigilant on these issues and meet regularly ahead of the November election.”

The federal law enforcement and intelligence agencies said the goal of their interaction with the social media and technology companies was to increase resilience in support of election security, share information, and strengthen the government’s relationship with the tech sector.

“Whether it’s the federal government, election officials, social media companies or the American public, everyone has a role to play,” the federal government agencies said in a statement. “Transparency on risks is critical to countering the threat and we will continue to work with our state, local partners and the private sector in this collective mission to protect 2020.”

While participants in the meeting have kept specific details on the discussions under wraps, Facebook provided some clues about ongoing concerns in the roll-out of its new voting information center. Facebook formally launched the center on Wednesday with goals of registering 4 million voters, recruiting poll workers, and curating news about elections.

Facebook vice president of product and social impact Naomi Gleit said upon meeting with election officials the company has determined that misinformation around election results on its platform is becoming an “emerging threat.”

“In previous years, U.S. election preliminary results were often reported soon after polls closed,” Ms. Gleit wrote on Facebook’s blog. “A prolonged ballot process has the potential to be exploited in order to sow distrust in the election outcome. One way we plan to fight this is by using the Voting Information Center and the U.S. Elections digest in Facebook News to make sure people have easy access to the latest, authoritative information and news on and after Election Night.”

Ms. Gleit wrote that Facebook would have more details on its plans in the near-term and she said Facebook has developed a “Facts About Voting” feature on its platform in partnership with the Bipartisan Policy Center, a Washington, D.C.-based think tank founded by former Democratic and Republican senators.

Concerns that delayed election results could cause chaos has fast become a priority for social media companies looking to combat misinformation and disinformation on their platforms. Anticipated increases in mail-in voting and expected coronavirus-related precautions for in-person voting and vote-counting has made it unlikely that election results will necessarily be known on Election Day. Election officials, the federal government, and social media companies are concerned that adversaries will look to inflame political tensions and sow distrust in the confidence of the United States’ election infrastructure.

A federal appeals court in New Orleans on Thursday ruled that the all-male military draft system is constitutional, pointing to a 1981 decision by the U.S. Supreme Court. The case, which was argued in March, stemmed from a lawsuit filed by two men with the National Coalition for Men who had challenged the historic male-only… 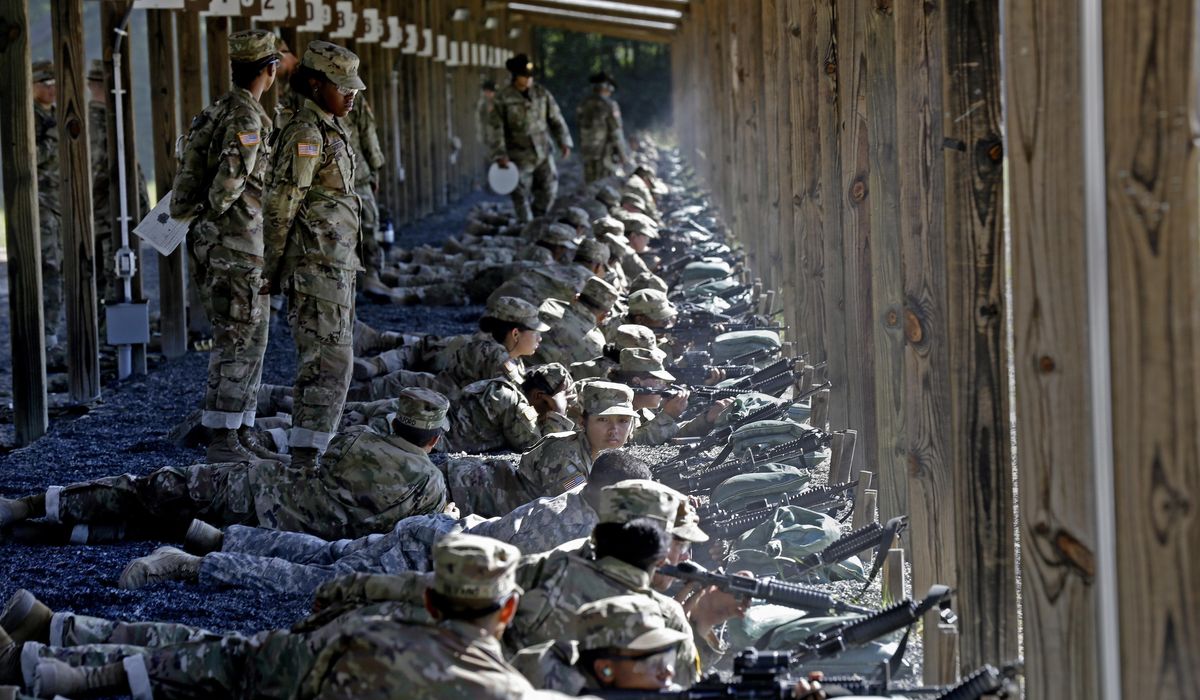 A federal appeals court in New Orleans on Thursday ruled that the all-male military draft system is constitutional, pointing to a 1981 decision by the U.S. Supreme Court.

The case, which was argued in March, stemmed from a lawsuit filed by two men with the National Coalition for Men who had challenged the historic male-only draft. They had argued that the 1981 case was outdated and was ruled on when women were not as involved in combat as many are today.

The 5th U.S. Circuit Court of Appeals rule that “only the Supreme Court may revise its precedent.”

The mandatory draft ended in 1973, but every male U.S. citizen is still required to register for the draft upon their 18th birthday.

The ruling was upheld despite a federal commission’s report that concluded earlier this year “the time is right to extend Selective Service System registration to include men and women, between the ages of 18 and 26.”

“This is a necessary and fair step, making it possible to draw on the talent of a unified Nation in a time of national emergency,” the final report said.

• This story is based on wire reports.