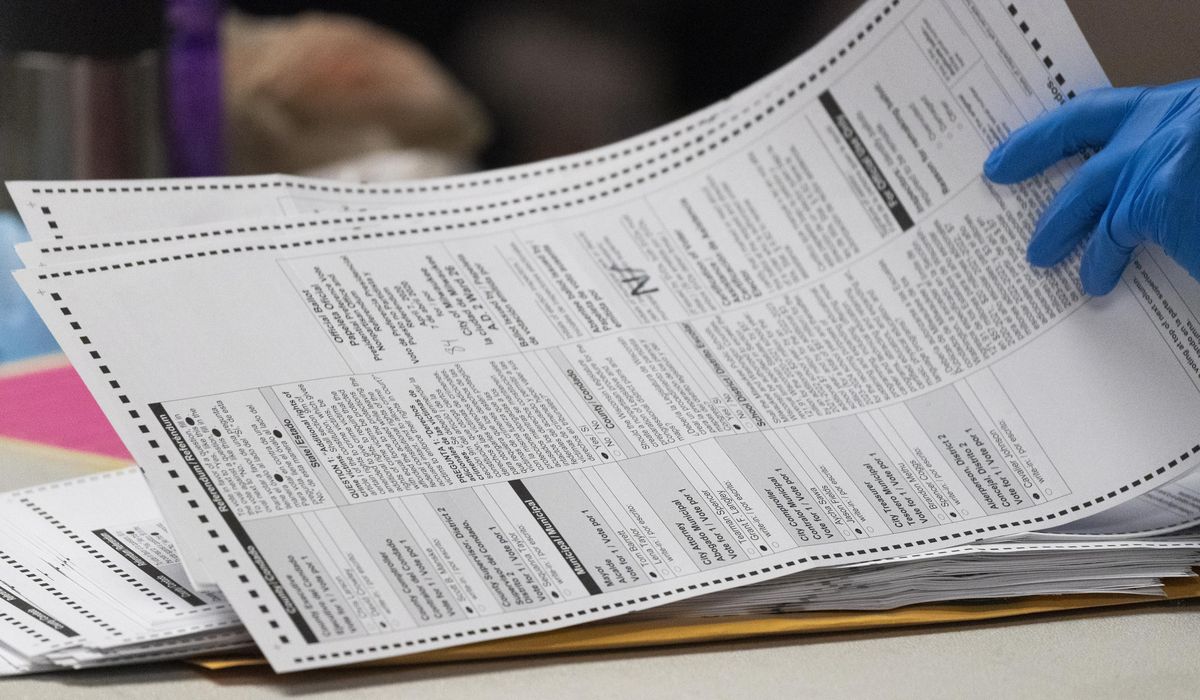 WALKER, Mich. — People burned letters informing them that they can vote by absentee ballot in future elections during a protest near Grand Rapids.

The applications were burned Friday during an event called Operation Incinerator outside the DeltaPlex Arena in Walker. Many people had flags, shirts and signs showing support for President Donald Trump and Republicans.

“For them just to issue them without merit, without request to absolutely everybody – that is a great waste of taxpayer money,” said Michael Farage, president of the Grand Rapids Taxpayers Association.

Trump in May criticized the move, although he wrongly stated that Secretary of State Jocelyn Benson was sending absentee ballots, not applications.

Benson, a Democrat, said she took the step to make it convenient for people to vote by mail with an absentee ballot and avoid the risk of the coronavirus. Applications are being sent by the state or local clerks to 7.7 million people. The $4.5 million cost is being covered with federal money.

Separately, Benson has announced a way to request an absentee ballot by going online.

The new function lets people visit a state website and submit their driver’s license number and the last four digits of their Social Security number.

The completed application will go to the voter’s local clerk. The new option cuts out the need for scanning, printing or mailing.

‘Operation Warp Speed’: US hopes for coronavirus vaccine by 2021