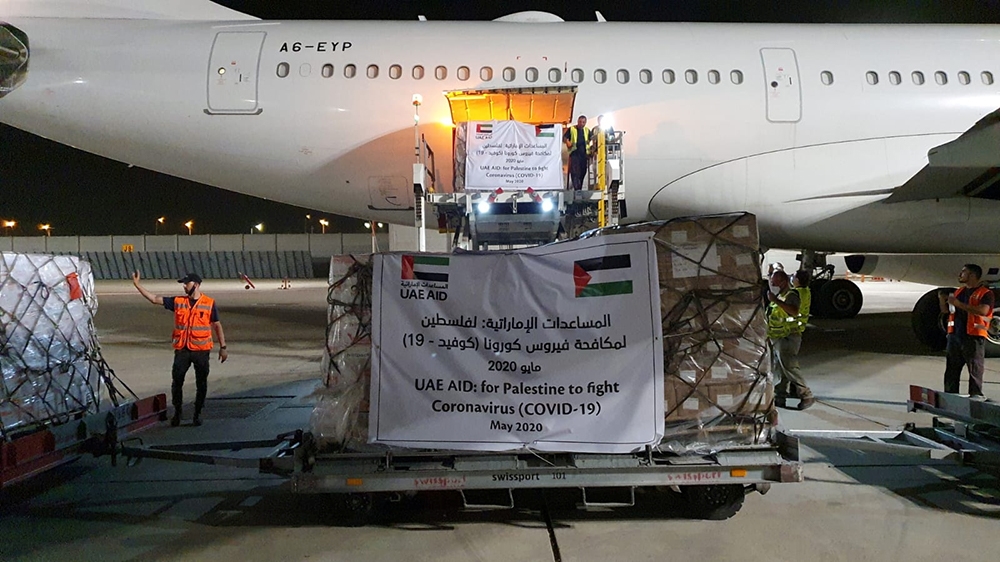 The Palestinian Authority (PA) has rejected an aid shipment from the United Arab Emirates, according to the Palestinian health minister.
In a news conference on Thursday, Mai Kaila said her country refused to receive the medical aid as the Emirati side ignored to coordinate with them.
More:

“The UAE has not coordinated with us regarding the medical aid, and we reject to receive it without coordination,” said the minister.
“We are a sovereign country, and they should have coordinated with us first.”
Earlier on Thursday, Maan News Agency, known for being close to the PA, said citing informed sources the decision came as the aid arrived at Israel’s Ben Gurion Airport in Tel Aviv.
‘Cover for normalisation’
On Tuesday, an Emirati flight carrying medical aid for Palestinians landed at an Israeli airport after taking off from Abu Dhabi, marking the first public flight between the two states despite the UAE not having any official ties with Israel.
Etihad Airways, the state-owned air carrier, confirmed the flight.
“Etihad Airways operated a dedicated humanitarian cargo flight from Abu Dhabi to Tel Aviv on 19 May to provide medical supplies to the Palestinians,” the airline told The Associated Press news agency on Tuesday.
Israeli journalist Itay Blumental tweeted two photos of the aircraft, with the caption: “To Palestinians, with love from Abu Dhabi through Israel.”

“The UAE authorities did not coordinate with the state of Palestine before sending the aid,” the government sources said, adding that “Palestinians refuse to be a bridge [for Arab countries] seeking to have normalised ties with Israel.”
They asserted that any assistance meant to be sent to the Palestinian people should be coordinated with the PA first.
“Sending them directly to Israel constitutes a cover for normalisation,” they added.
Covert ties with Israel
Unlike Jordan and Egypt, both of which signed peace treaties with Israel in 1978 and 1994, respectively, other Arab states officially deny having ties with Israel, which has been occupying Palestinian territories for decades.
In recent years, however, several Gulf states such as the UAE, Saudi Arabia and Oman, have cultivated covert ties with Israel.
Speaking at the World Economic Forum in January 2018, Israeli Prime Minister Benjamin Netanyahu said: “There is an alignment of Israel and other countries in the Middle East that would have been unimaginable 10 years ago.”
“Certainly in my lifetime, I never saw anything like it and I’m at the age of the State of Israel more or less, so it’s an extraordinary thing.”
Two months later, in March, Saudi Arabia allowed an Israel-bound passenger plane to cross through its airspace for the first time ever, breaking a 70-year ban.
In October the same year, Netanyahu met with Oman’s Sultan Qaboos in Muscat in a surprise, unannounced trip.
Continue Reading…