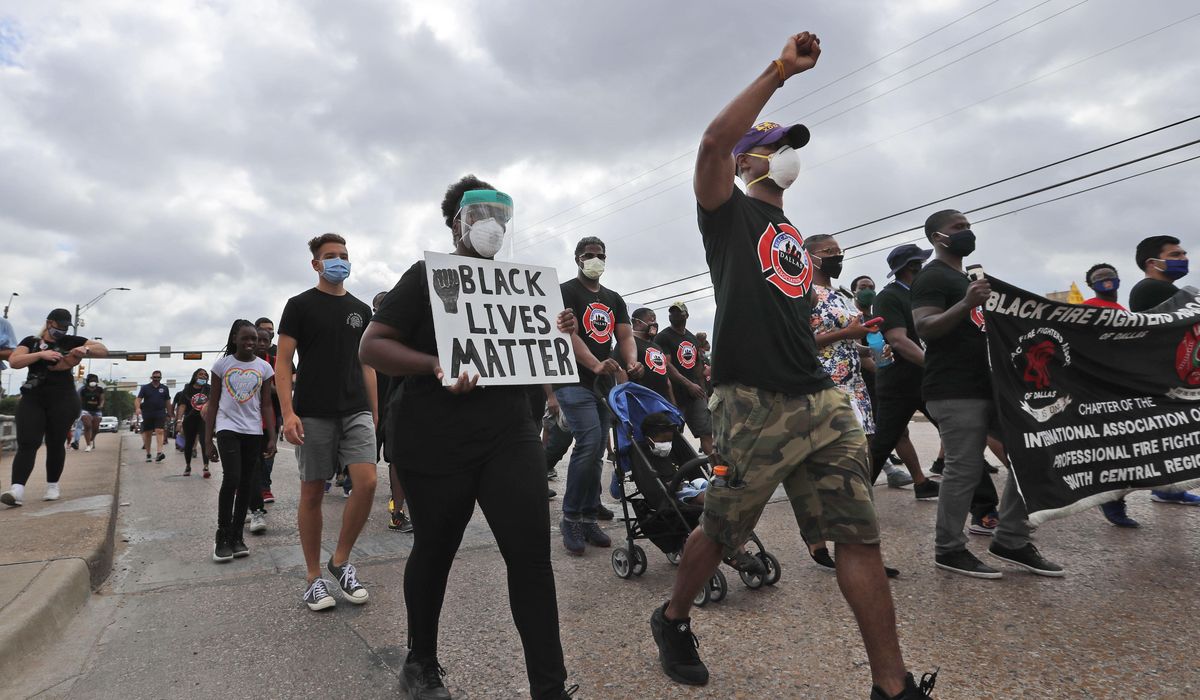 Slavery is a disgusting, despicable, horrific, soul-destroying aberration of God’s will for humankind — and, sadly, a terrible and tragic historical truth of American past.

But America and all that America offers is still the best deal in the world.

Pretending as if the America of 2020 is the same as the America 1700 is not only ridiculous. It’s insanely ridiculous. It’s leading free society down a path of anarchist-driven mayhem and violence and anger — which is to say, it’s leading free society into bondage. A nation driven by chaotic politics and culture with rampant calls for dismantling of law and order — and police departments — cannot long stand without seeing the Big Government Guns stomp into the picture, bringing so-called solutions for peace wrapped in collectivist, controlling bows. This is where America’s headed.

Capitulation, third — followed quickly by loss of freedoms, sweeping societal changes and substantial crackdowns by the body politic, desperate to instill calm at all costs.

“Here’s What Black Lives Matter D.C. Is Calling For, And Where The City Stands,” NPR reported, a couple weeks ago, in a story about the activist group’s demands for criminal justice reform, social justice and restrictions of how police can police.

Another, from BlackLivesMatterChicago.com: “10 Demands of BLMCHI,” which goes on to list “no cops in school,” the end of “youth incarceration,” and the “immediate disinvestment” of police with the money instead going toward schools, mental health and addiction treatment centers, housing for homeless and jobs’ training for the unemployed.

It’s not as if Black Lives Matter hasn’t issued similar lists and similar demands in the past.

But times have changed; public opinion of Black Lives Matter has changed. The horrendous death of black suspect George Floyd at the hands of a white police officer has truly shifted the consciousness of the American people and now, as FiveThirtyEight.com reported, “support for the Black Lives Matter movement has increased dramatically.” So has funding.

“In this watershed moment for black power building,” said the foundation’s managing director, Kailee Scales, to The Associated Press, “it is critical that we democratize giving to ensure all of us have access to the resources we need to reverse centuries of disinvestment in black communities, and invest in a future where we can all be connected, represented and free.”

Scales is right about one thing: It’s a watershed moment in America. On this side, stands the Constitution, law and order, long-held beliefs of right versus wrong, concepts of individual rights, as coming from God. On the other, a new America where entitlement, misplaced righteousness, victimhood mentalities and socialist-slash-communist-slash-collectivist quests prevail, buoyed by skewed teachings of history, pandering cowardly politicians and pretentious thuggish activists with little regard for preserving the best chance the world offers for achieving dreams, success and yes, happiness: America.

America, no matter how the angry leftists would have it believed, is still the place to be for those who want freedom and the chance to thrive.

USA Today reprinted a Wall Street Journal piece in March that was entitled, “The US: One nation, full of amazing things including these 56 incredible facts, statistics,” including the country’s leadership in space exploration, unrivaled record of inventions, stellar economy embrace of immigrants — “home to nearly 45 million immigrants — more than any other country in the world” — and this, as noted by Pew Research: “57% of Americans believe that individuals control their own success in life, the largest share of any country surveyed.”

That’s some good reading, particularly the portion about Pew.

Black Lives Matter may have a general point in the theme that total justice and equality is a national goal, an ultimate human end game, and toward that, we all must strive.

But any end game that overturns the best America has to offer — freedom, individualism, law and order and limited government — and that makes the false case of an entire country as inherently racist, needful of a do-over, is the wrong play.

America’s fight for justice must come by way of strengthening the Constitution, not weakening or destroying it. Anarchists must never be allowed to corrupt, corral, control and ultimately, crumble American Exceptionalism.