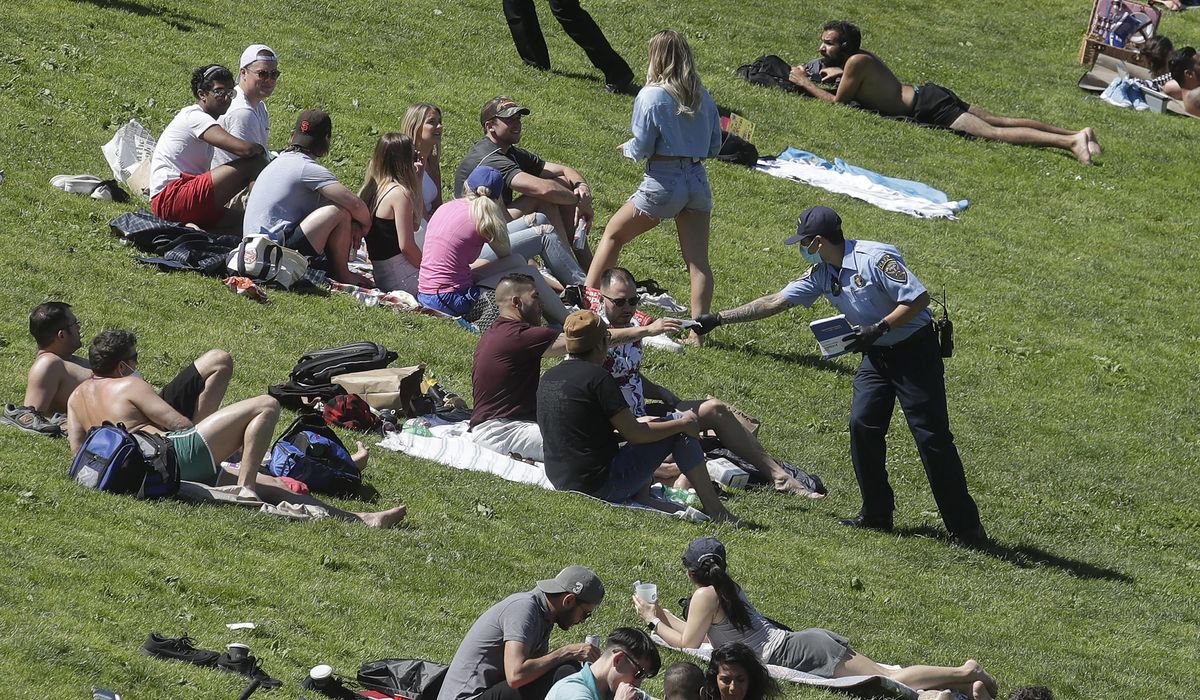 The coronavirus surge across the South and West is concentrated in younger adults, meaning fewer people are dying compared to March and April, though people with underlying conditions must be cautious and the long-term effects of any infection aren’t fully known, the Centers for Disease Control and Prevention said Thursday.

CDC Director Dr. Robert Redfield said the shift in median age may indicate that older people are taking greater precautions and that increased testing is finding more cases, as the virus continues to rifle through parts of the U.S.

In fact, Dr. Redfield says the virus may be far more prevalent in the U.S. than it appears, with antibody testing suggesting the actual number of infections is 10 times what’s on the official scorecard. That’s largely due to asymptomatic persons who never got tested upfront.

He said the ratio of known-to-actual cases is tough to pin down, but “a good rough estimate right now is 10-to-1.”

The CDC briefed reporters as states like Florida, Texas, Arizona and California report surging caseloads and upticks in hospitalizations and the percentage of those testing positive.

Dr. Redfield said the pandemic is “not over” and the most powerful tool the public has is social distancing of 6 feet or more. He also said people should wear face coverings in public and keep washing their hands.

Dr. Redfield said the mortality picture has improved dramatically since the depths of the pandemic, however, a point that President Trump and White House officials have emphasized.

“The number of ChinaVirus cases goes up, because of GREAT TESTING, while the number of deaths (mortality rate), goes way down. The Fake News doesn’t like telling you that!” Mr. Trump tweeted.

The U.S. reported fewer than 700 deaths on Wednesday, part of a downward trend compared to well over 2,000 per day during peaks in April and May.Dr. Redfield insisted he is not playing down the recent surge across the Sun Belt.

“I’m not playing it down at all, it’s a significant event,” Dr. Redfield said. “I was trying to get people to understand there are cases and consequences.”

“We’re in a different situation than we were in March and April when the virus was significantly in older people and causing more deaths,” he said. “This is still serious, it’s still significant.”

Even if a young person doesn’t get ill and die, they may pass the illness to a more vulnerable person. Also, scientists are still trying to understand the long-lasting effects of getting infected.

“How long that will last is hard to say,” Dr. Butler said.

The CDC also said there is a long list of medical conditions that can lead to worse outcomes in sufferers who also get COVID-19.

People who’ve had an organ transplant or use immunosuppressant drugs are also at risk.

Officials added sickle-cell disease to the list and took liver disease off of it in an update on Thursday.

The CDC said pregnant women are more likely to be admitted to an intensive-care unit and go on a ventilator than non-pregnant women, though they did not appear to face a higher risk of death.

The agency also reminded people who plan to gather with family or friends on the July 4 holiday to adhere to social-distancing guidelines.

They said outdoor gatherings are better than indoor ones and it is safer to be around people who are wearing face coverings.

CDC: Infected people may test positive for COVID-19 for up to three months