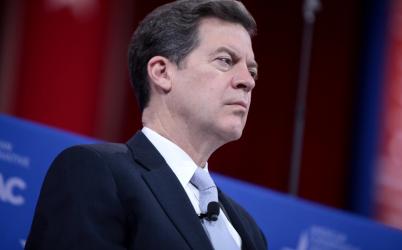 “We know that the most charitable act is not handing someone a check but helping that person get a job that sustains them and their families for generations to come,” said Gov. Brownback on Thursday. “Our focus is on helping people develop the skills to find and keep a job. Instead of focusing on a war against poverty, we will focus on fighting for the poor among us by offering them hope and opportunity.”

Currently the Temporary Assistance for Needy Families (TANF) program provides recipients with EBT cards, which they can use as debit cards to make purchases. With imminent restrictions, some more controversial than others, TANF beneficiaries will soon be unable to withdraw more than $25 per day in cash. However, they will still able to obtain money orders to pay for necessities such as rent.

The bill has come under fire from numerous organizations and people who claim that it stigmatizes low-income people and places achieving self-sufficiency even more out of reach for them.

“By signing this bill into law, Gov. Brownback has added to the burden that the poorest Kansans already carry,” said Kansas Action for Children in a statement. “It’s always been hard to be poor in Kansas. Now, it’s going to be a lot harder.”

The bill has others simply scratching their heads.

“People on public assistance shouldn’t be spending what little money they have on things like cruises,” said Miriam Krehbiel, the chief executive of the United Way chapter, to KCUR. “But what I don’t get is how we think that someone on public assistance – as little as it is – would ever be able to save up enough money to be on a cruise ship?”

At least 23 other states have passed laws that restrict how public benefits such as TANF can be used, according to the National Conference of State Legislatures.

Advertisement. Scroll to continue reading.
BackPage 1 of 2Next →
In this article:Kansas