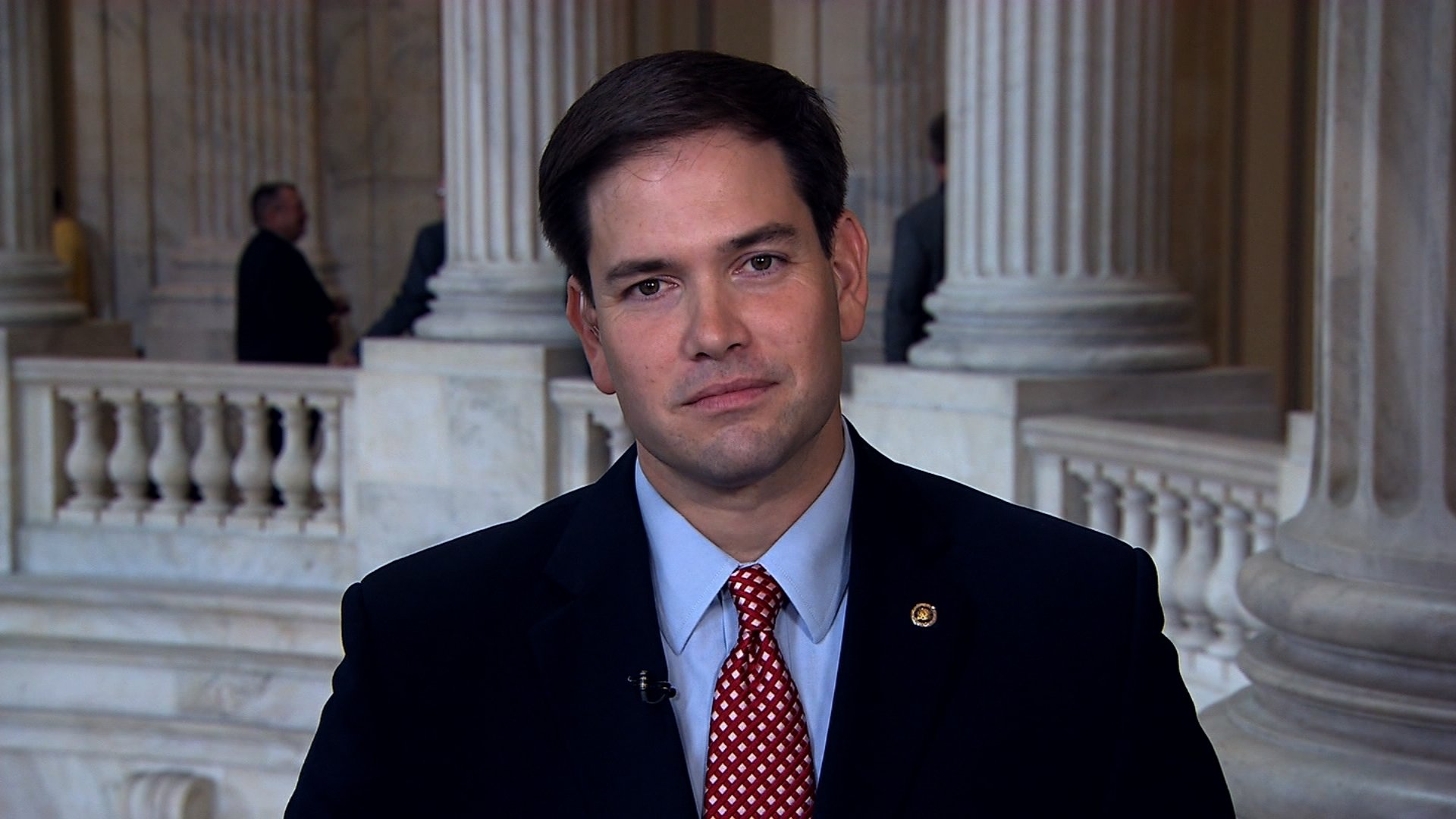 Marco Rubio, the Florida senator who this week declared his candidacy for the Republican presidential nomination in 2016, on Sunday said he did not “believe same-sex marriage is a constitutional right”.

Rubio said instead that the issue should be decided at the state level, although he did concede that “sexual preference is something that people are born with”.

Same-sex marriage is now legal in 37 US states – including Florida – and the District of Columbia, a situation reached after the supreme court struck down the Defense of Marriage Act (Doma) in 2013. The issue remains contentious in many southern states, but a final supreme court decision on its constitutionality is expected this month.

“It’s not that I’m against gay marriage,” Rubio said in a CBS interview taped in New Hampshire, the early voting state to which Republican candidates flocked this weekend. “I believe the definition of the institution of marriage should be between one man and one woman.

“States have always regulated marriage. And if a state wants to have a different definition, you should petition the state legislature and have a political debate. I don’t think courts should be making that decision.”

Before and after his declaration of his presidential candidacy, Rubio’s views on a number of nationally contested issues have come under close scrutiny. Though he acknowledges the existence of climate change – in contrast to many other prominent Republicans – he has said that he does not believe it is caused by humans.

The son of Cuban immigrants was also asked about immigration, another issue on which Republican feelings run high. In 2013 he was one of the sponsors of a comprehensive reform bill. Many critics have suggested he dropped the issue after the bill’s failure to pass through Congress.

Advertisement. Scroll to continue reading.
BackPage 1 of 2Next →
In this article:Article, Marco Rubio, Martin Pengelly, News, Republicans, US elections 2016, US news