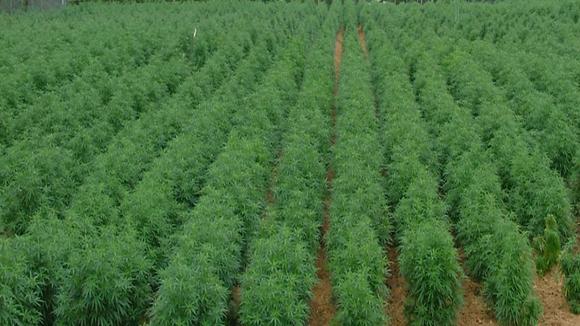 President Barack Obama is to signal his approval of a Senate bill that seeks to lessen constrictions around the use of medical marijuana, saying the US should “follow the science as opposed to the ideology” on the issue.

Asked about the bill by CNN’s chief medical correspondent, Sanjay Gupta, in an interview to be broadcast on Sunday at 9pm ET, the president said: “You know, I think I’d have to take a look at the details.

But he added: “I’m on record as saying that not only do I think carefully prescribed medical use of marijuana may in fact be appropriate and we should follow the science as opposed to ideology on this issue, but I’m also on record as saying that the more we treat some of these issues related to drug abuse from a public health model and not just from an incarceration model, the better off we’re going to be.”

This week, a California judge declined to remove marijuana from the federal list of the most dangerous drugs. Changing social attitudes, however, have led to its legalisation for recreational use in Oregon, Colorado, Washington state, Alaska and the District of Columbia and for medicinal use in those states and 19 others.

In a recent poll from the Pew Research Center, 53% of respondents approved of the legalisation of marijuana. Among millennials, defined as those aged between 18 and 34, support for legalisation was at 68%.

The Senate bill, known as the Carers Act, which was introduced last month by the Democrats Cory Booker and Kirsten Gillibrand and the Republican Rand Paul, seeks to allow patients to use medical marijuana without fear of federal law and to open the banking system to marijuana dispensaries.

Paul, a declared GOP candidate for president in 2016, lines up with many liberals in seeing laws relating to marijuana as part of a wider criminal justice problem that contributes to a huge and racially skewed prison population.

Obama’s receptiveness to marijuana policy reform has long been evident. He has admitted to using the drug in his youth – writing about using marijuana and cocaine, saying “I got high, without always thinking about the harm that it could do” – and has said he views marijuana as not being “more dangerous than alcohol”.