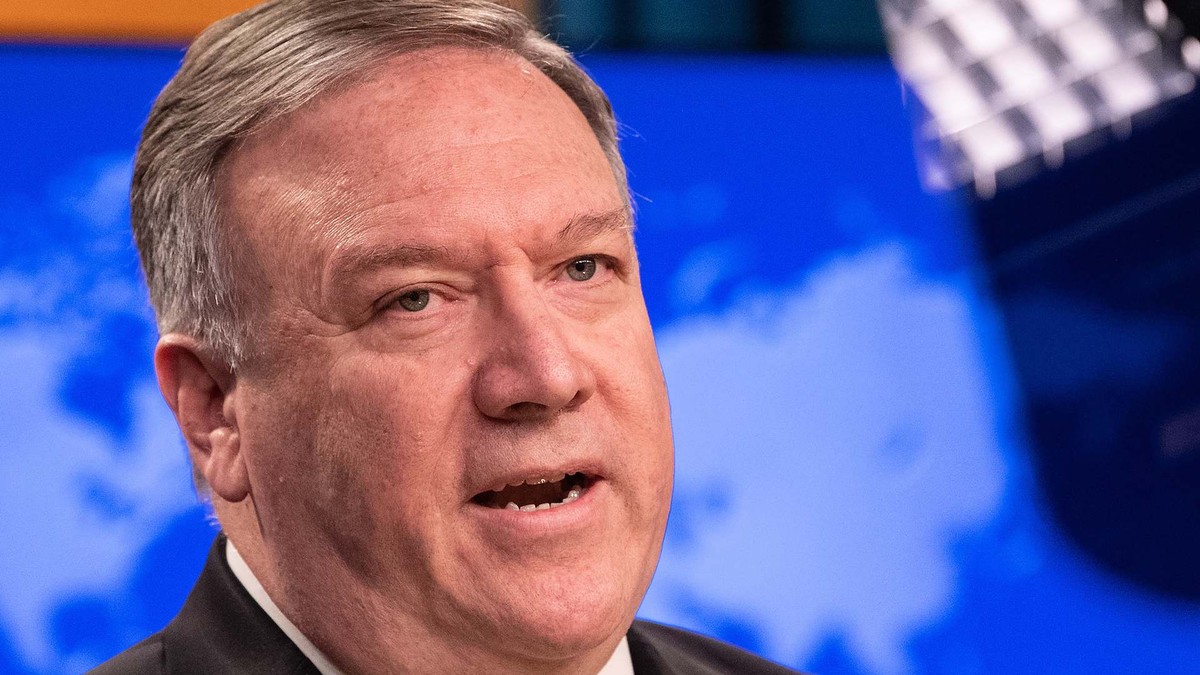 WASHINGTON — Secretary of State Mike Pompeo derided “crazy” reports that he encouraged President Trump to fire his department’s inspector general on Wednesday because that inspector was investigating him for multiple improprieties — even as he admitted he knew of one of the investigations.

In his first press conference since Trump fired State Department Inspector General Steve Linick on Friday night, Pompeo dismissed multiple news outlets’ findings that Linick was digging into Pompeo’s use of official staff to run personal errands, that he and his wife threw expensive dinner parties on the taxpayers’ dime — and most troubling, that he and Trump may have broken the law by circumventing Congress and declaring an emergency to sell arms to Saudi Arabia and the United Arab Emirates.

“I’ve seen the various stories that someone was walking my dog to sell arms to my dry cleaner. I mean, It’s all just crazy, it’s all crazy stuff,” Pompeo said, conflating the multiple allegations to make them sound nuts.

Trump fired State Department Inspector General Steve Linick on Friday night, part of a widespread purge of the executive branch watchdogs whose primary role is to make sure the president and his administration aren’t committing any crimes. Trump has said he didn’t know that much about Linick — and Pompeo admitted that Linick’s firing was at his request, while refusing to say why.

“In this case I recommended to the president that Steve Linick be terminated. Frankly, I should have done it some time ago,” he said.

Pompeo then sought to muddy the waters by attacking one of the two congressional Democrats probing his actions — Senate Foreign Relations Committee Ranking Member Bob Menendez (D-N.J.), who has his own ethics issues.

Cover: US Secretary of State Mike Pompeo speaks the press at the State Department in Washington, DC, on May 20, 2020. (Photo: NICHOLAS KAMM/POOL/AFP via Getty Images)