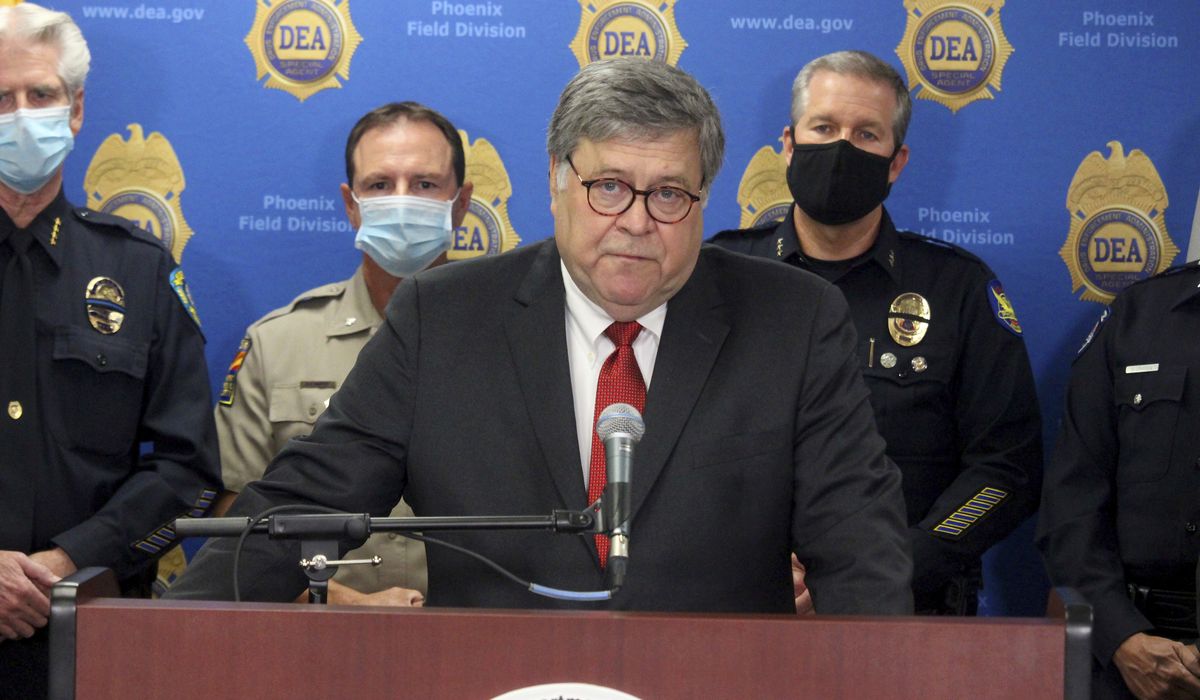 Attorney General William P. Barr told federal prosecutors last week to charge violent demonstrators with a range of offenses, including sedition, a charge usually reserved for someone plotting to overthrow the government, according to a report Wednesday.

Citing people familiar with the conversation, The Wall Street Journal reported Mr. Barr issued the instructions in a conference with U.S. attorneys across the country.

Also in the call, Mr. Barr warned that the violent protests across the country could get worse as the Election Day approaches, according to the report. Mr. Barr urged the prosecutors to consider a number of federal counts when lodging charges, including sedition, a rarely used law, the Journal reported.

Mr. Barr also urged prosecutors to file federal charges whenever possible, according to the report.

A Justice Department spokesperson did not return a request for comment.

So far, the Justice Department has filed federal charges against more than 200 defendants arrested during the rioting and looting that has spread across the country since the death of George Floyd, a Black man who died in the custody of the Minneapolis police.

However, the charges lodged are largely firearms violations, arson, and offenses related to failure to obey law enforcement.

Sedition is punishable by 20 years in prison and is the act of inciting revolt or violence against the government or a lawful authority with the goal of overthrowing it.

In order to score a conviction for sedition, prosecutors must prove that the defendant conspired to overthrow the government or harm government officials, including federal law enforcement. Simply advocating a government overthrow or injuring federal agents is protected as free speech under the First Amendment.

The last major sedition case in the United States is believed to have occurred in 2012. In that case, a federal judge in Michigan threw out the case against seven members of a U.S. Christian-based militia, ruling that prosecutors failed to prove that the defendants did more than talk about their hatred of the government.