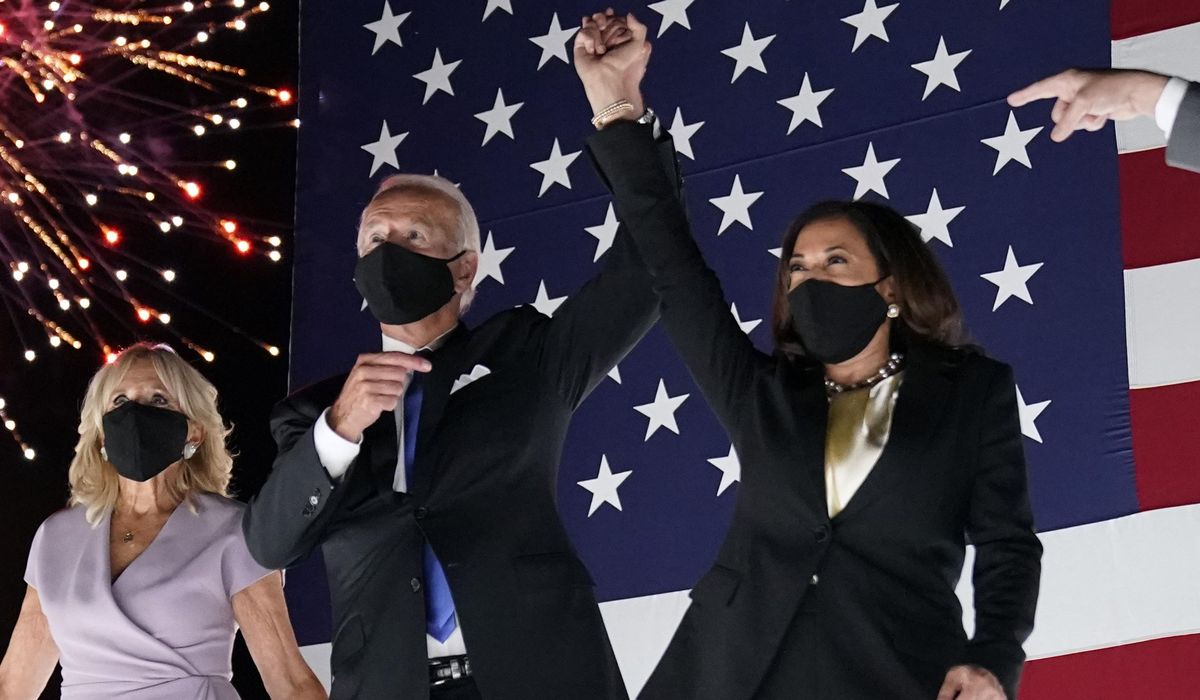 Joseph R. Biden released his 2019 tax returns Tuesday, hours before the first presidential debate, as Mr. Biden and President Trump tried to play mind games before squaring off in Cleveland.

Mr. Biden reported $135,116 in salary from the University of Pennsylvania – he went on unpaid leave in April 2019 — and some five- and six-figure speaking fees on a financial disclosure form he filed earlier this year.

The couple reported just over $3 million in taxable income last year and $754,809 in total payments. Their returns said they owed an additional $432,205.

Mr. Emhoff is currently on leave from his job with the law firm DLA Piper.

The Biden campaign released the candidates’ returns shortly after Mr. Trump’s team said Mr. Biden refused a request to have a third party inspect the candidates’ ears before Tuesday’s debate.

Mr. Biden’s team said he’s not wearing an earpiece and that the Trump campaign asked moderator Chris Wallace not to mention the number of deaths from COVID-19 during the debate.

Mr. Trump’s team said that is not accurate.

The New York Times reported on Sunday that Mr. Trump paid $750 in federal income taxes in 2016 and 2017 and that he appears to be responsible for loans totaling more than $400 million, most of which are about to come due in the next several years.

Mr. Trump and his team dismissed the report as fake news.

The president has broken with decades of precedent for major-party presidential nominees in declining to release any of his tax returns.

He has said since the 2016 campaign that he’s under an IRS audit and that he would be happy to release the returns once the audit is over.

The paper reported that the IRS started an audit in 2011 of a $72.9 million tax refund Mr. Trump received.