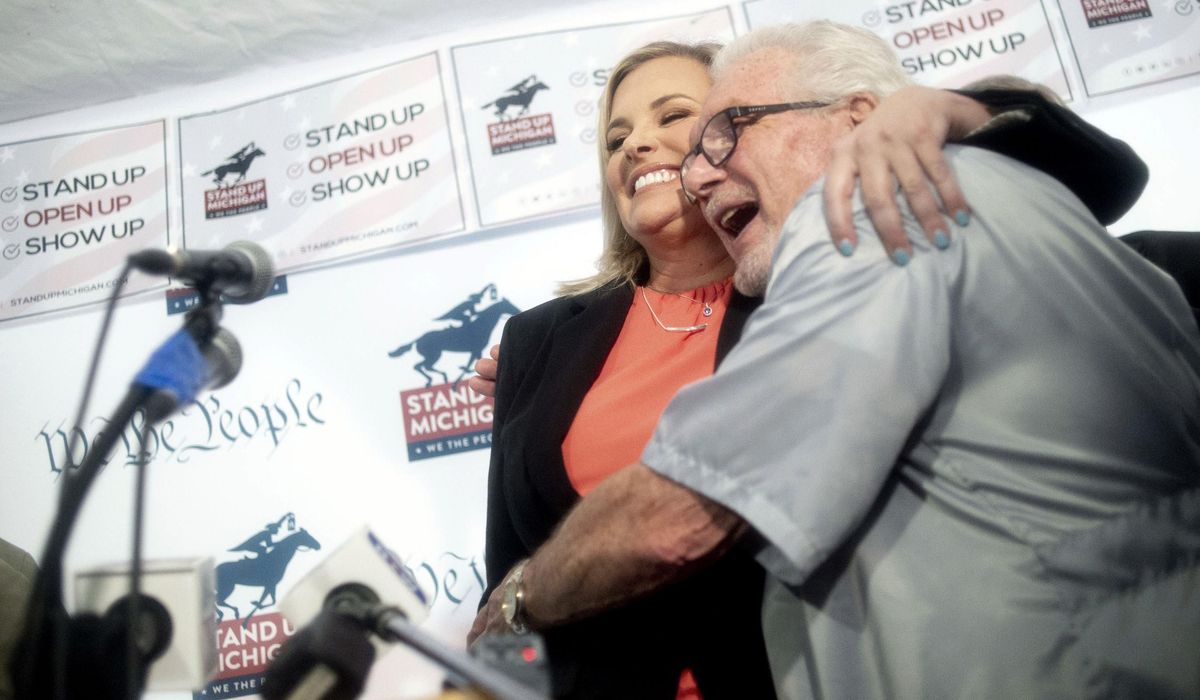 The Michigan state supreme court sided with a 77-year-old barber Friday night, ruling his shop could open despite prolonged shutdowns of wide swaths of the economy ordered by Democratic Gov. Gretchen Whitner.

In a unanimous ruling, the court overturned the decision of an appeals court that upheld a temporary restraining order the Whitmer administration had sought in what became a spotlighted case in an ongoing dispute in Michigan.

The decision also makes moot a motion by the state attorney general to hold Karl Manke, the barber, in contempt and be fined $5,000 a day for cutting hair while observing social distancing rules, according to Mr. Manke’s attorney.

“It is incumbent on the courts to ensure decisions are made according to the rule of law, not hysteria,” state justice David Viviano wrote in a concurring opinion. “One hopes that this great principle – essential to any free society, including ours – will not itself become yet another casualty of COVID-19.”

Mr. Manke’s decision to fight the shutdown rather than face what he said was near-certain economic ruin became something of a cause celebre among opponents of Ms. Whitmer’s strict stay-at-home rules. Her repeated extensions of the shutdown, currently scheduled to be lifted on June 12, also prompted an unsuccessful lawsuit from the Republican legislative majority and a major protest in Lansing last week dubbed ‘Operation Haircut.’

Since then, however, the symbolism of Mr. Manke’s fight has also become a subject of some mockery in addition to admiration. In recent days, some proponents of the massive demonstrations following the death of George Floyd in Minneapolis police custody have argued those violations of COVID-19 shelter in place rules are justified as of greater significance than “getting a haircut.”

Nevertheless, Mr. Manke, who reopened his shop on May 4 after Ms. Whitmer’s first shutdown extension, issued a statement saying he was grateful for the opportunity to once again pursue a livelihood.

“I needed to work and figured it was time to move forward,” he said. “But I feel like I have been ruled over with a heavy hand, not governed, and my constitutional rights have been trampled underfoot. It is high time for all of Michigan to stand up, open up for business, and for people in the our community to show up in support.”

David Kallman, Mr. Manke’s attorney, had appealed to the Supreme Court on the grounds the appeals court 2-1 overruling of the district judge was in violation of a Michigan law requiring such commands to be made only by unanimous panels and in extraordinary circumstances.

“I am gratified that the Supreme Court was not swayed by speculation and hyperbole,” Mr. Kallman said. “I applaud the court for its continued commitment to adhere to the rule of law. This is a great day in Michigan for the protection of everyone’s constitutional rights.”