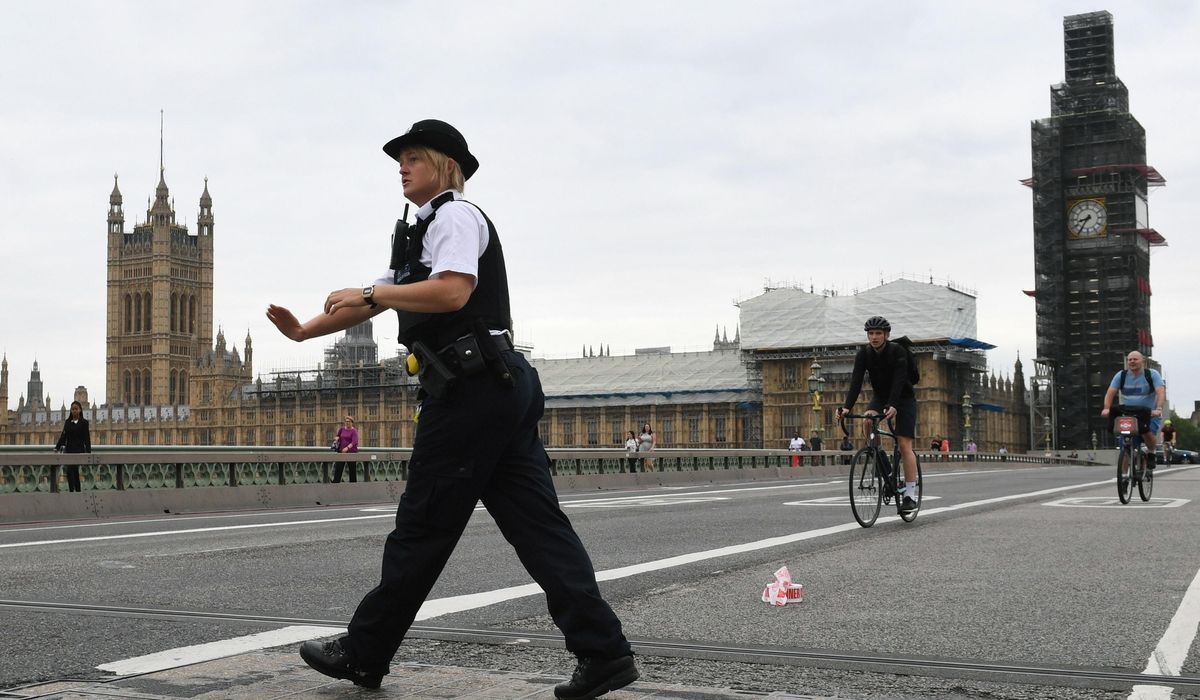 A Russian covert military operation to poison a defector living in Britain two years ago revealed Moscow has violated a treaty banning the use of chemical weapons, according to a new State Department report made public Thursday.

The special report on compliance with the 1997 Chemical Weapons Convention (CWC) concluded that Moscow had violated its commitments not to use chemical arms.

“The United States certifies that Russia is in noncompliance with the CWC for its use of a military-grade nerve agent in an assassination attempt on U.K. soil,” concluded the 20-page report known, as Condition 10 (C), that is required annually under congressional legislation.

The new violation is related the attempted assassination in 2018 of Russian defector Sergei Skripal and his daughter Yulia in Salisbury, England.

Mr. Skripal, a former Russian military officer who worked as a double agent for Britain, was targeted by a Russian military intelligence hit team that used a military-grade nerve agent called novichok to try and kill him.

Mr. Skripal, his daughter and a police investigator who were stricken by the nerve agent survived. One person who came in contact with the poisoning device died after finding the device in a garbage bin.

Russia has denied any involvement in the Skripal poisoning.

However, in response to the operation by Russia’s GRU military intelligence service, President Trump, in coordination with U.S. allies, ordered the expulsion of 48 Russian intelligence officers from the United States in March 2018.

The report said scientists in the former Soviet Union developed the nerve agent used in the attack as a fourth-generation weapon called “”novichoks.

“It is highly likely these agents were developed to prevent detection by the West and circumvent international chemical weapons controls,” the report said.

“The United States has concerns regarding Russia’s assistance to the Syrian Arab Republic regarding the regime’s use of chlorine against Douma in April 2018,” the report said, referring to a rebel-held town in Syria.

Questions about Russian compliance with the declaration and dismantling provisions of the CWC also remain.

“In light of the March 4, 2018 assassination attempt on U.K .soil against the Skripals, it is clear that Russia did not make a complete declaration of its chemical weapons program,” the report said.

The use by Russian special forces of a derivative of the deadly synthetic opioid fentanyl also is mentioned in an issue in the report. Russia’s health minister acknowledged to the press that special forces troops used the fentanyl derivative in storming a theater in Dubrovka in October 2002.

Chechen terrorists had taken hundreds of people hostage in the theater and Russian forces pumped a gas into the theater as part of an assault that killed 170 people.

“The United States is concerned that Russia is pursuing these types of agents for offensive purposes, which would be a violation of Article I [of the CWC],” the report said.

Other noncompliant nations identified in the report include Iran and Burma.

Iran, the U.S. review said, has failed to comply with the CWC by not declaring its transfer of chemical weapons to Libya during its war with Chad from 1978 to 1987. The arms include sulfur-mustard artillery shells and aerial bombs. Tehran also may be pursuing “pharmaceutical-based agents (PBAs) for offensive purposes,” the report said.

A third CWC compliance concern is Iran’s stockpiling of the riot control agent CR, the irritant dibenzoxazepine. The smoke grenades containing CR are not permitted under the chemical weapons convention.

According to the report, some Iranian military facilities, including the Imam Hossein University and Malek Ashtar University, have engaged in research on chemical incapacitating agents. The Iranian research “includes a wide variety of compounds that have differing sedation, dissociation, and amnestic incapacitating effects,” the report said.

“Published Iranian papers cited the potential weapons applications of the PBAs; one specifically referenced the use of fentanyl during the 2002 Dubrovka theater hostage crisis [in Russia],” the report said.

In 2014 the chemistry department of the Imam Hossein University obtained kilograms of medetomidine from China. The chemical is a sedative that has been studied as a possible incapacitant.

Burma operated a sulfur-mustard chemical arms program in the 1980s at a facility near the town of Tonbo. The program was never declared as the CWC requires.

Talks to resolve the compliance issues with the Burmese government took place in 2013, 2015, and 2019 but were unable to convince the government to disclose its chemical arms program.