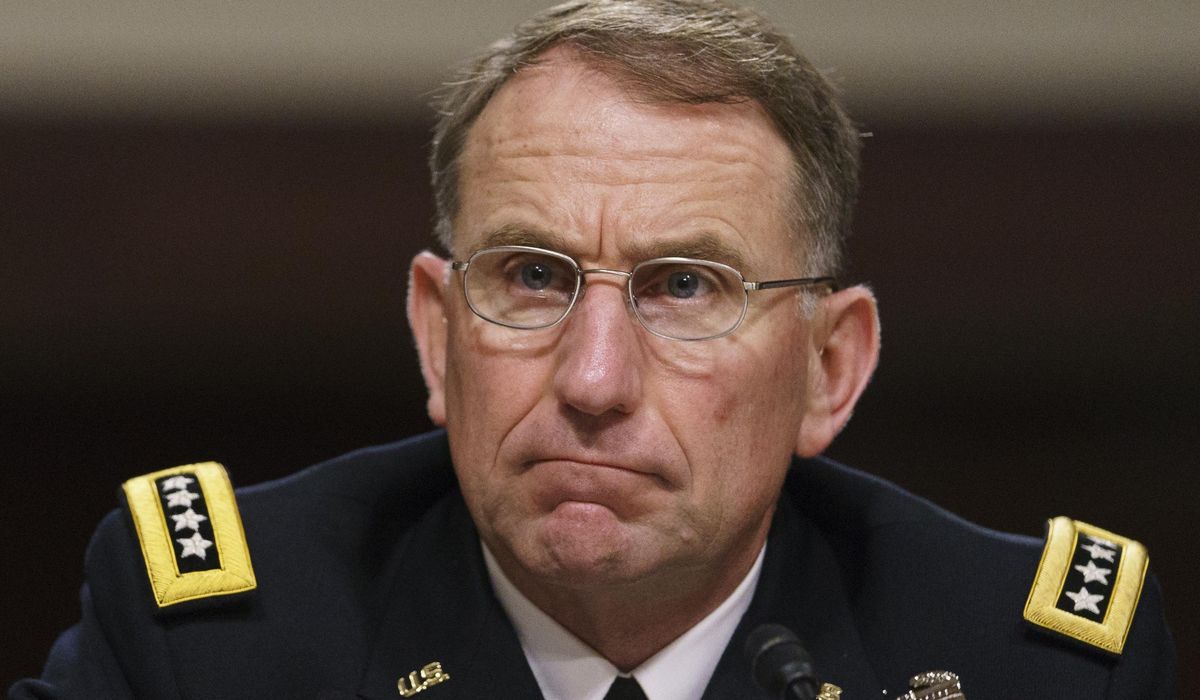 U.S. military leaders have pledged major reforms and an aggressive new efforts to tackle the legacy and the reality of racism in the ranks. Perhaps the strongest leadership on the issue so far has come from officials nearly 7,000 miles from the Pentagon.

U.S. Forces Korea, led by Army Gen. Robert B. Abrams, has taken action over the past month to combat racial injustice and discrimination that is unrivaled by any other arm of the American military at home or abroad. The command has allowed at least two major demonstrations on military bases — believed to be the only such events on American military installations around the world — and moved swiftly to ban Confederate flags and regalia anywhere on military grounds on the Korean Peninsula.

Gen. Abrams and other leaders in the theater also have launched listening sessions, social media events, question-and-answer forums and a host of other avenues through which to hear from service members, their families and other stakeholders about their experiences with discrimination in the military.

Coupled with the U.S. Embassy in Seoul raising a “Black Lives Matter” banner this month — a move that was reversed after two days because of criticism that the military was encouraging donations to specific private organizations — it is evidence that American military and diplomatic personnel in South Korea have quickly moved to the forefront of a thorny issue still plaguing the armed forces.

The U.S. military has often been in the vanguard in the struggle for equal rights, but Black military leaders in recent days have spoken openly of the struggles and barricades they have encountered in their careers. The Pentagon also has acknowledged criticism from private groups and Capitol Hill about significant racial disparities in the military justice system.

Analysts and military insiders say it’s not a coincidence that the South Korean command is leading the way.

“My sense is that Gen. Abrams, like many military leaders, has an understanding of institutional racism and decided to take action,” said David Maxwell, a senior fellow at the Foundation for Defense of Democracies who served in the Army for three decades, including years of service in South Korea.

“It actually was a brilliant move to allow military personnel and their families to exercise their First Amendment rights and demonstrate on behalf of issues that directly affect them,” he said. “It may cause partisan friction with some elements, but I think Gen. Abrams showed compassion for the issue and demonstrated leadership in recognizing that changes need to be made in society and in our military.”

The military, Mr. Maxwell said, “will be stronger for this.”

So far, there has been little public criticism of the U.S. Forces Korea’s course of action. Instead, numerous specialists and retired military officials praised Gen. Abrams for moving so swiftly on an issue that the Pentagon as a whole, by its own admission, has often been slow to address.

The steps began shortly after George Floyd, a Black man, died while in Minneapolis police custody last month. His death sparked worldwide protests, and President Trump was on the verge of calling up active-duty U.S. forces to quell riots in American cities.

By June 15, Gen. Abrams issued guidance banning the Confederate flag, which he said “has the power to inflame feelings of racial division” and must be outlawed.

The Navy and Marine Corps already had taken similar steps, but Gen. Abrams‘ move drew attention because the Army has struggled to address its ties to the Confederacy.

Army officials have said they are willing to consider changing the names of 10 Army bases named after Confederate generals and officials, but it’s unclear where that effort will go in the face of strong public opposition from Mr. Trump.

Gen. Abrams also has taken the rare step of allowing demonstrations on military bases. On June 4, protesters reportedly sang “God Bless America” during a gathering at Osan Air Base.

Gen. Abrams and other officials have led an aggressive social media campaign this month to combat racial discrimination. During a question-and-answer session on Facebook, Gen. Abrams said the racial tensions sweeping the U.S. have sparked serious conversations within the military. He said it’s incumbent on leaders such as himself to guide the process.

“The topic of race has been considered too taboo to be discussed openly, and only a few have been willing to engage. We can and must do better,” he said. “We cannot sit by and hope that ‘they’ fix it. Things will not improve by themselves. … If you don’t think there is a problem, you might be part of the problem. Have the courage to start the conversation.”

Top leaders at the Pentagon also have been outspoken. Defense Secretary Mark Esper launched a review panel this month to examine systemic racism and discrimination in the military and to recommend concrete changes within six months.

Joint Chiefs of Staff Chairman Gen. Mark A. Milley directed all service chiefs to stamp out racism, and he took the rare public step of apologizing for appearing with the president at a photo opportunity in downtown Washington in the midst of heated protests. The event sparked criticism that military leaders were trying to suppress protesters supporting Floyd, and Gen. Milley made clear that he stands firmly on the side of confronting racism head-on.

Each military service chief also has issued strong statements on racial justice and, in some cases, directed internal investigations into promotion practices and other areas in which Blacks could face discrimination.

Although each of those steps is important, specialists say, lasting change must take root at lower levels of the military. Leadership from officials such as Gen. Abrams, they say, is crucial.

“He both says and does — he actually means it,” said retired Army Lt. Col. Daniel L. Davis, who served as U.S. adviser to the Second Republic of Korea Army.

“It sets a standard that we are all equal here,” said Mr. Davis, now a senior fellow at the Washington foreign policy think tank Defense Priorities. “We all have to pull together, work together as a team. It has a suppressive effect on anybody who may harbor these racist tendencies.”

Asked whether defunding the police was necessary, Democratic activist Stacey Abrams said it was a “false choice idea.” Ms. Abrams, a failed Georgia gubernatorial candidate who has campaigned for the Democratic vice-presidential nomination, told ABC that people need to avoid getting bogged down in the rhetoric of defunding police amid nationwide protests about policing and… 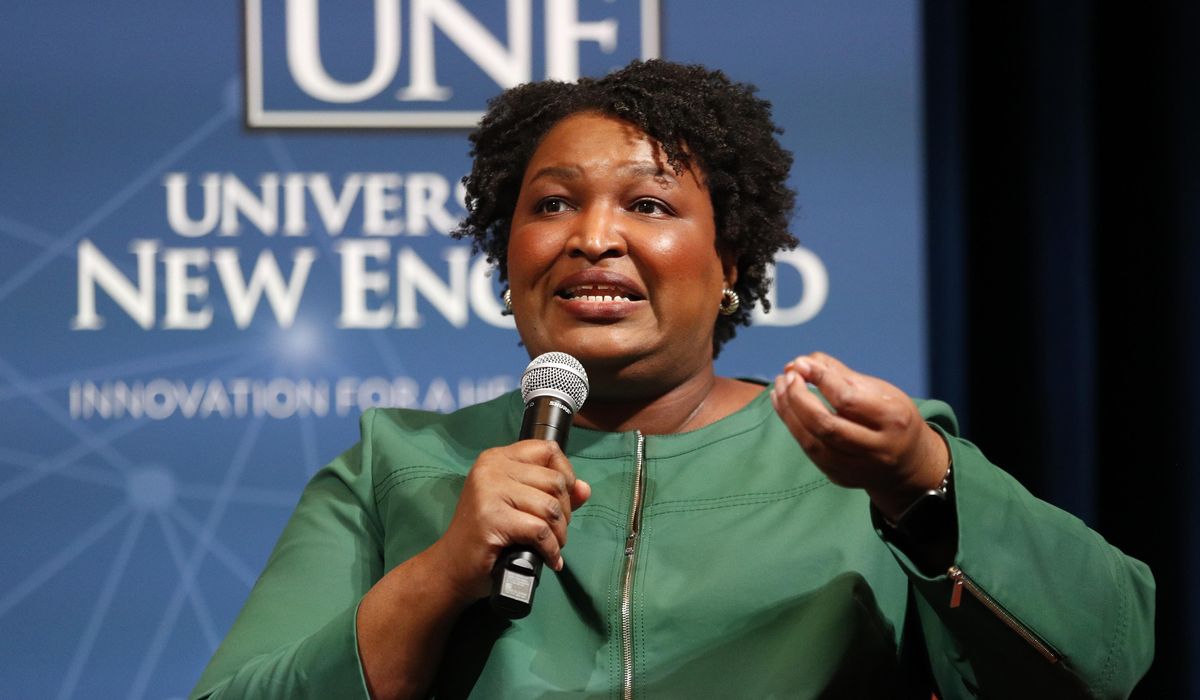 Asked whether defunding the police was necessary, Democratic activist Stacey Abrams said it was a “false choice idea.”

Ms. Abrams, a failed Georgia gubernatorial candidate who has campaigned for the Democratic vice-presidential nomination, told ABC that people need to avoid getting bogged down in the rhetoric of defunding police amid nationwide protests about policing and racial justice.

“We have to have a transformation of how we view the role of law enforcement, how we view the construct of public safety, and how we invest not only in the work that we need them to do to protect us but the work that we need to do to protect and build our communities,” Ms. Abrams said. “And that’s the conversation we’re having: We’ll use different language to describe it, but fundamentally we must have reformation and transformation.”

Ms. Abrams said it is time for Americans to take responsibility and have accountability for actions taken earlier in the nation’s history and said the “day of reckoning is going to continue until we actually make change.”

Following Tuesday’s chaotic primary in Georgia, Democrat Stacey Abrams’ Fair Fight Action group is preparing a lawsuit to make changes to the state’s electoral system. Georgia Secretary of State Brad Raffensperger told reporters in Atlanta his office was investigating Tuesday’s election process in two counties in the Atlanta-area to determine how to better prepare for… 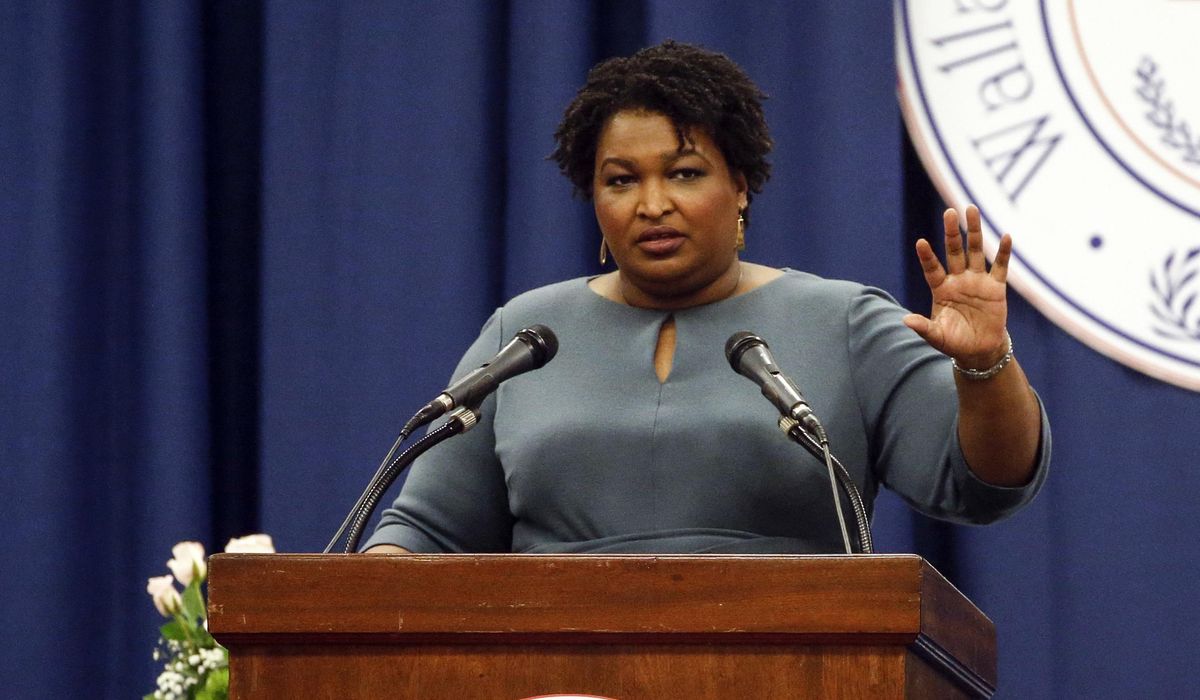 Georgia Secretary of State Brad Raffensperger told reporters in Atlanta his office was investigating Tuesday’s election process in two counties in the Atlanta-area to determine how to better prepare for the November election. Ms. Abrams, a failed Georgia gubernatorial candidate in 2018, does not appear content to sit by and wait for the results.

Fair Fight Action shared the news on Twitter that the group is readying legal action and intends to move quickly, as first reported by the Atlanta Journal-Constitution.

Fair Fight created a ‘Voter Protection Hotline’ for Georgians to call if they saw suspicious behavior at the polls and have also solicited voters’ stories via submission through a Google Doc.

“Voter suppression takes on multiple forms. Georgia excels in too many of them,” Ms. Abrams said in a tweet on Wednesday. “Even laws that should help the people — like absentee ballots — can be weaponized.”

“I sincerely hoped to avoid litigation and work collaboratively with the state in that endeavor; unfortunately, Michigan has chosen a different path,” said Jason Snead, Honest Elections Project executive director, in a statement. “Tolerating inflated and poorly maintained voter rolls is never acceptable, particularly in an election year that will rely on those records to send more mail ballots than ever before.”

With fewer than 150 days remaining until the election, the voter watchdog efforts by Fair Fight and their conservative counterparts Honest Elections Project are poised to heat up in states nationwide.