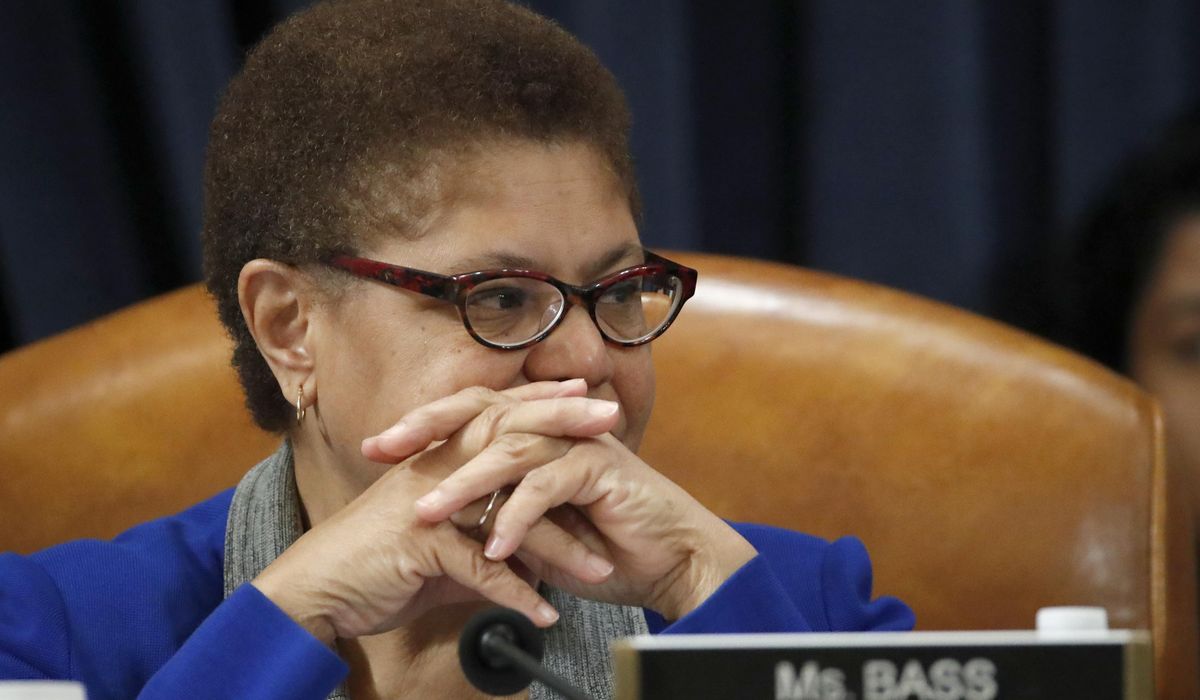 Trump campaign surrogates in Florida on Saturday attacked Rep. Karen Bass, a potential running mate of Democrat Joseph R. Biden, as a communist sympathizer who would try to bring the U.S. closer to the socialist governments of Cuba and Venezuela.

“If God forbid Joe Biden is elected president and Congresswoman Bass becomes vice president, she will be the highest-ranking Castro sympathizer in the history of the United States government,” said Sen. Marco Rubio, Florida Republican. “I don’t believe in the last six decades that there has ever been anyone considered for the vice presidency … with this level of sympathy towards a Marxist regime.”

Ms. Bass, California Democrat and chair of the Congressional Black Caucus, is on Mr. Biden’s short list for his running mate. The presumptive Democratic nominee said he plans to announce his selection next week.

Florida is a hotly contested state in the presidential election, and Cuban-Americans are an influential voting bloc. Mr. Trump has reversed the economic and diplomatic outreach to Cuba that was started in the Obama administration.

In 2016, Ms. Bass drew criticism for her comments about the late Cuban dictator Fidel Castro. She called him “Comandante en Jefe,” or commander in chief, drawing rebukes in Florida from those who accused her of showing respect to an infamous human-rights violator.

Ms. Bass said this week that “it’s certainly something that I would not say again.”

“I have always supported the Cuban people, and the relationship that Barack Obama and Biden had in their administration in terms of opening up relations [with Cuba],” she said on MSNBC.

Mr. Rubio, in a conference call with reporters organized by the Trump campaign, cited the fact that Ms. Bass has made at least eight trips to Cuba.

“I think what the regime is hoping for is that there’ll be a change in November, Joe Biden will be elected with someone like Congresswoman Bass as his vice president, and that we’ll go back to a policy that allows for a growing amount of American commerce through corporate entities that are controlled by Cuban military officials,” Mr. Rubio said.