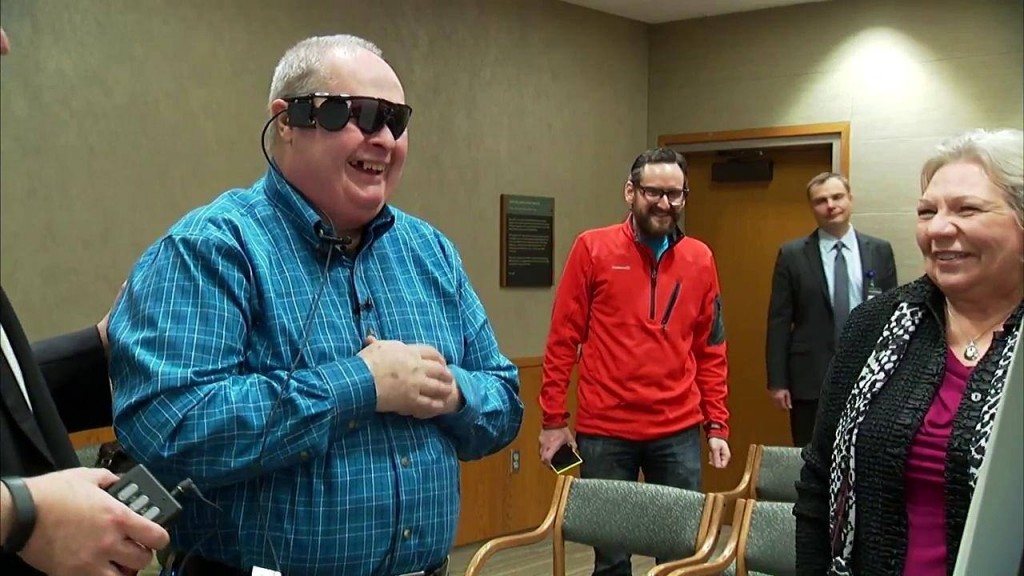 Take for instance, the story of Allen Zderad who suffers from retinitis pigmentosa (RP), a rare degenerative eye disorder. When someone suffers from RP, which is genetic, there is a loss of cells called photoreceptors in the retina. Most people who suffer from RP experience night blindness, but in Allen’s case it caused him to go totally blind. He slowly started losing his vision almost 20 years ago, and despite being completely blind and having to quit his job as a chemist, he was able to teach himself how to continue with his hobby of woodworking.

A Solution for an Incurable Condition
An ophthalmologist at the Mayo Clinic, Dr. Raymond Iezzi got wind of Allen’s situation and was interested in helping him. Iezzi was actually heading a clinical trial of a brand new bionic eye. Iezzi explains that although RP causes a degeneration of photoreceptor cells in the retina, the rest of the eye remains healthy. Most importantly, the cells which form the optic nerve are intact. So naturally, Allen signed himself up and became Iezzi’s first patient to be fitted with the prosthesis, which is made by a company called Second Sight.

BackPage 1 of 2Next →
In this article:bionic eye, blind, computer, science, sight, technology