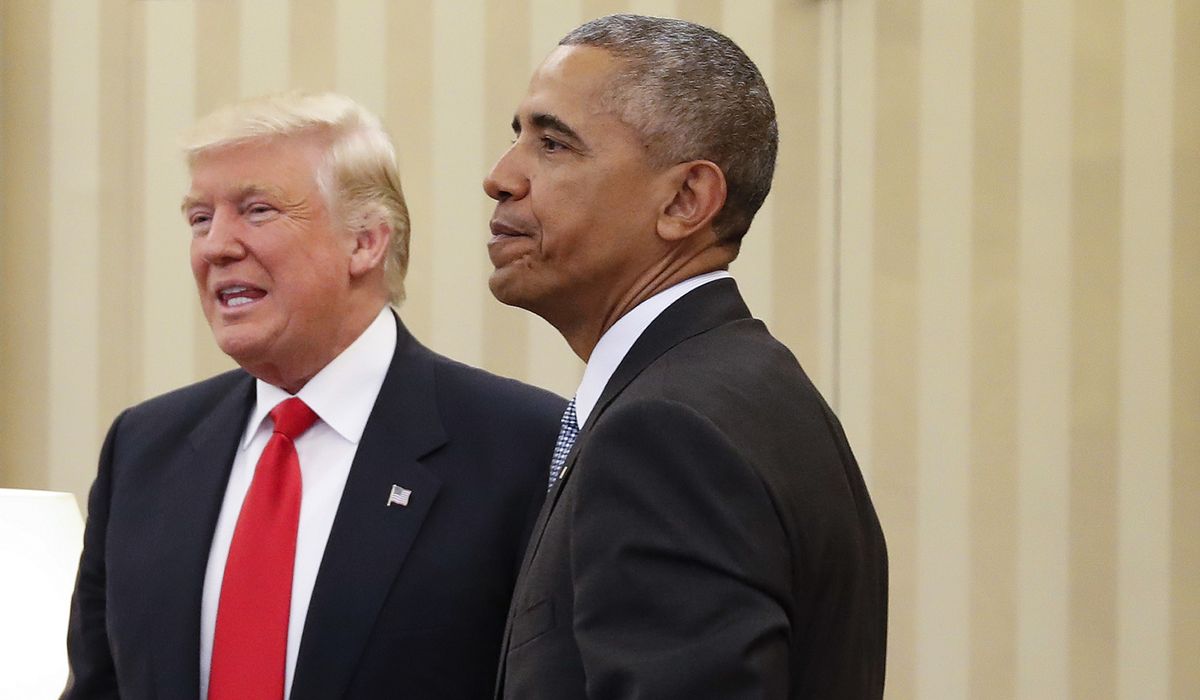 The Senate Homeland Security and Government Affairs Committee voted along party lines Wednesday to authorize subpoenas for Obama-era Justice Department officials, including Andrew McCabe and Bruce Ohr, for its probes into the origins of the FBI’s Russia collusion investigation and the “unmasking” of former Trump adviser Michael Flynn.

In an 8-6 vote, the panel authorized Chairman Ron Johnson, Wisconsin Republican, to issue subpoenas and schedule depositions for roughly 40 individuals.

The vote also allowed Mr. Johnson to schedule depositions with scores of Obama officials he was authorized to subpoena in June.

Democrats on the committee said those subpoenas violated committee rules because Mr. Johnson was trying to set up depositions without formally notifying minority members. The vote Wednesday gave Mr. Johnson the power to schedule those closed-door depositions.

Mr. Johnson slammed Democrats, saying voting to authorize the depositions was “based on an absurd interpretation of committee rules.”

Sen. Gary Peters of Michigan, the top Democrat on the committee, blasted the subpoenas as a “partisan fishing expedition.” He noted that other entities — including the Senate Judiciary Committee, Senate Intelligence Committee, U.S. Attorney John Durham, and the Justice Department Inspector General — have already investigated or are investigating the FBI’s handling of the Russia probe.

“Your desire to reinvestigate these matters demonstrates the alarming partisan nature of this investigation that is designed to influence the presidential election,” Mr. Peters said.

Sen. Mitt Romney, Utah Republican, had expressed reservations about voting to authorize the subpoenas, but ultimately cast a vote in favor of issuing the subpoenas and authorizing the depositions.

“I will continue that support [of the subpoenas] as long as it does not fall into the realm of rank political undertaking,” he said. “I do believe it is very important that committees in Congress, and ours in particular, not fall into an increasing pattern of what we are seeing, which is using taxpayer dollars and the power of congress to do political work. That is the role of campaigns.”

In addition, the committee approved subpoenas for “the production of all records” related to the FBI’s Russia investigation and the Justice Department inspector general’s probe into the use of the Foreign Intelligence Surveillance Act to wiretap a Trump campaign aide in 2016.

Wednesday’s vote is the latest push by Republicans to escalate their investigation into the Obama-era Justice Department, with a focus on the FBI’s decision-making in its probe of allegations of a conspiracy between President Trump’s 2016 campaign and Russians who meddled in the election.

That probe, dubbed Crossfire Hurricane, ultimately morphed into special counsel Robert Mueller’s investigation. Mr. Mueller uncovered no evidence that the Trump campaign had colluded with Russia to influence the 2016 election.

Mr. Johnson is also running an investigation into the unmasking of Flynn and the nearly 40 Obama era-officials, who requested the identity of a Trump official who was recorded speaking to the Russian ambassador in 2016. That individual ultimately turned out to be Flynn, Mr. Trump’s former national security adviser.