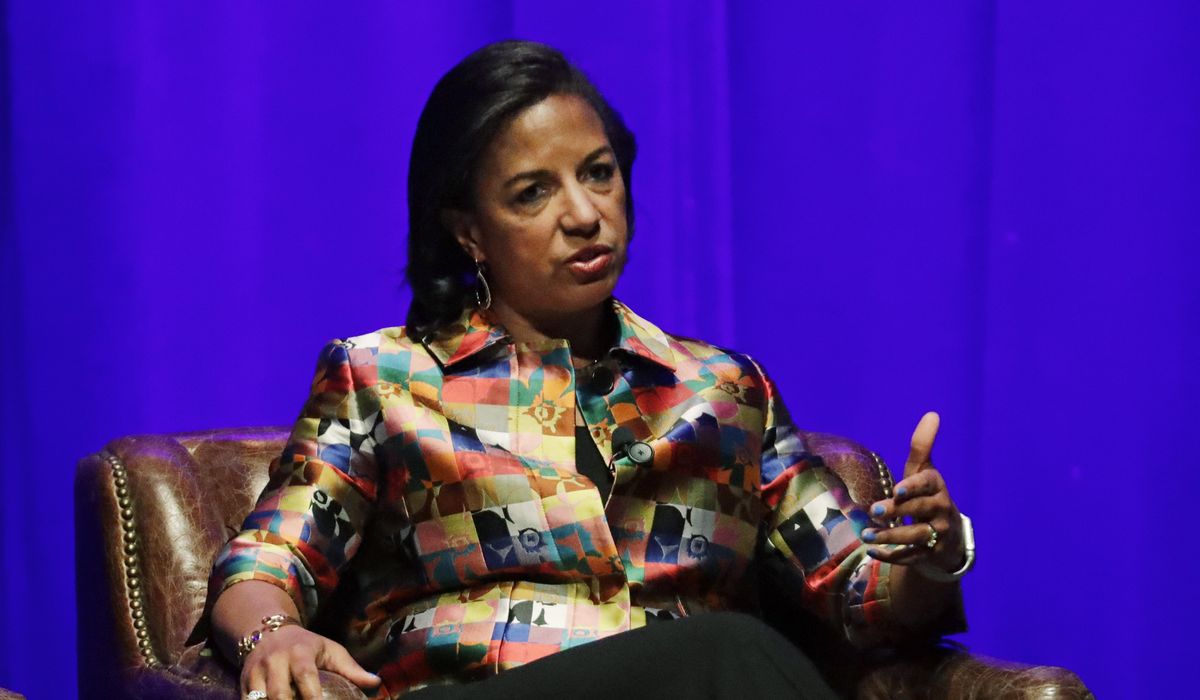 Former National Security Adviser Susan Rice says she is “humbled and honored” to be under consideration as a potential running mate for presumptive Democratic presidential nominee, Joseph R. Biden.

Speaking to MSNBC late Monday, Ms. Rice, who served under President Barack Obama, pointed to the pool of “extraordinary women” who are also being considered to run alongside Mr. Biden.

“All I care about is getting Joe Biden elected president of the United States so that we again have competent, compassionate, loyal, effective leadership in the White House,” Ms. Rice said.

She explained that if she will “do everything I can, whether it’s the modern-day equivalent of licking envelopes or raising money to serve in the capacity that he thinks is appropriate.”

“I’ll do anything I can to affect this change for our nation because I don’t think there’s any higher imperative.”

Last month, Ms. Rice said in an interview that she would “certainly say yes” if asked to be Mr. Biden’s running mate.

She is reportedly being considered alongside Democratic Sens. Elizabeth Warren of Massachusetts, Kamala D. Harris of California and Tammy Duckworth of Illnois, as well as Rep. Val Demings of Florida, among other women.