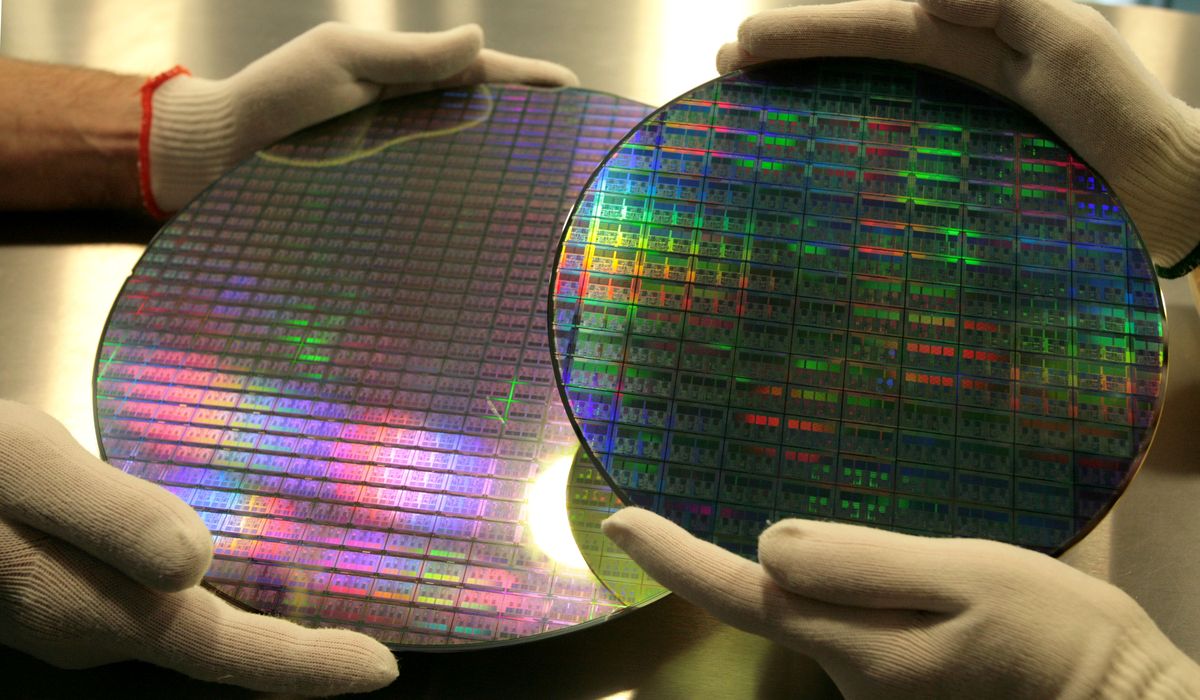 An energy-efficient microchip under development combines different types of processors into one chip and is expected to revolutionize commercial and defense technology, the advanced semiconductor’s inventor says.

Radoslav Danilak, a veteran Silicon Valley electrical engineer who has worked with the U.S. military and intelligence community, predicted that the chip, called Prodigy, will save billions of dollars for tech giants such as Facebook, Apple, Microsoft and Google.

In two to three years, Mr. Danilak said, the advanced microchip likely will be running aerial and underwater unmanned vehicles, powering the world’s fastest supercomputers and being deployed on cell towers to facilitate faster and more capable 5G internet and telecommunications infrastructure.

“We’re bringing this capability 10 to 15 years earlier than others thanks to our universality, so that’s really a game changer,” Mr. Danilak said in an interview.

“I think the instruction set and the rest make this sufficiently different to make it challenging for the Chinese and others who might otherwise have an existent leg up. So this sort of re-levels the playing field potentially in our favor.”

The chip, Mr. Danilak said, drastically reduces energy consumption from earlier microchips. The efficiency is needed to respond to a projected skyrocketing of global electricity use to power cloud computing data centers — the electronic brains of the modern information age.

For government, the technology holds the promise of boosting advancements of artificial-intelligence-powered robotic weapons and helping build next-generation nuclear weapons, Mr. Danilak, an American born in Slovakia who holds a doctorate in computer science, said in an interview. Intelligence capabilities would also be enhanced.

“We feel this is a fundamental transformation from dual-use technology, and both the commercial sector and the government will immensely benefit from that,” he said.

‘It will be very disruptive.’

The chip melds into one device three types of current processors: a central processing unit, a graphics processing unit, and a cutting-edge processor called an artificial intelligence accelerator, application-specific integrated circuit, or ASIC.

For example, Facebook’s largest data center houses more than 400,000 computer servers, but many of the servers are idled during early morning hours when people are sleeping and online activity is low. Mr. Danilak said Facebook could generate hundreds of millions of dollars by using servers powered by the new chip and renting out computer time for artificial intelligence work during off hours.

Mr. Danilak is chief executive officer of Tachyum, a startup with offices in his native Slovakia and in Santa Clara, California. The small company includes an international team of technology experts who developed the Prodigy chip over the past four years.

They include Ken Wagner, a former undersea warfare technology expert for the Navy, and Steve Furber, an engineering professor who is credited with developing the first Advanced RISC Machines processor, or ARM — now the power behind cellphones and other handheld devices.

Mr. Danilak believes the reduced energy usage of the Prodigy chip will alleviate what he says is a coming global energy crisis. In 10 years, the explosion of cloud computing data centers, artificial intelligence-driven computing, 5G telecommunications and the “internet of things” — billions of networked devices — threatens to overwhelm current electrical power capacity.

As electronic data grows, the centers used to house, store, process and cool servers could run out of juice.

Eyed by the military

The Prodigy is being developed mainly for commercial data centers, but military and intelligence users are looking at its unique features for artificial intelligence devices and supercomputing.

“What we are bringing comes from first principles,” said Mr. Danilak, contending that “our solution is three times lower in cost but requires nearly 10 times less power use.”

Mr. Danilak also believes Prodigy will speed up efforts to develop artificial intelligence systems the size of a human brain. Currently, a computer powerful enough to mimic the human brain would cost about $10 billion, more than either government or industry views as practical.

With the new chip, production of a robotic brain may be possible in three or four years.

Automakers will use the chip for AI-powered self-driving cars, Mr. Danilak said.

For government and the military, the chip will bolster weapons and intelligence systems with improved size, weight and power.

Prodigy chips could boost onboard processing power for drones and satellites by nearly 10 times the current systems, and onboard artificial intelligence could be used without increasing electric power consumption.

Harry Haury, a cloud computing expert with extensive business experience in China, said he believes the chip has the potential to revolutionize the industry.

Mr. Haury said Chinese authorities have made obtaining this type of technology a high priority.

“If a technology is critical to a sector they wish to command, they will go to great lengths to acquire and control it,” Mr. Haury said. “This has happened already with many technologies once dominated by the U.S. or Europe.”

Gen. Zahner, the former government electronic intelligence specialist, said U.S. adversaries have been emboldened in recent years to seek advantages over the United States across the spectrum of competition and conflict.

Newer, smarter weapons will require advanced technologies like those powered by artificial intelligence, he said, and that will require more and better data and processing.

“Today’s tapestry of computing architectures is exquisite but fundamentally stovepiped. Achieving the imperatives of operational convergence requires a fundamental rethink of our approach,” he said.

Prodigy’s “unique attributes,” he added in an interview, “set the conditions to create a computing architecture fully aligned with the operational and strategic imperatives of our national strategy.”

Microchips are small, thin semiconductors that relay information through an electrical grid and create an integrated circuit. As the chips became smaller and more powerful, the wires used to move electrons through the chips have slowed performance.

Prodigy says it has patented a method to open the bottleneck by dividing computations from communications within the device.

“By solving the wire problem, we can solve the power problem,” Mr. Danilak said.

Mr. Danilak did not say whether the technology could be sold to China but noted that it will help the United States compete with China in the field of supercomputing.

Asked whether Beijing might steal the technology, based on China’s aggressive program to acquire foreign know-how, Mr. Danilak said the chip is patented and the technology secured from unauthorized copying.

“I would like to bring it to market, to be everywhere, so that everybody uses it and everybody benefits,” Mr. Danilak said. “I want my name on the first human brain scale machine.”