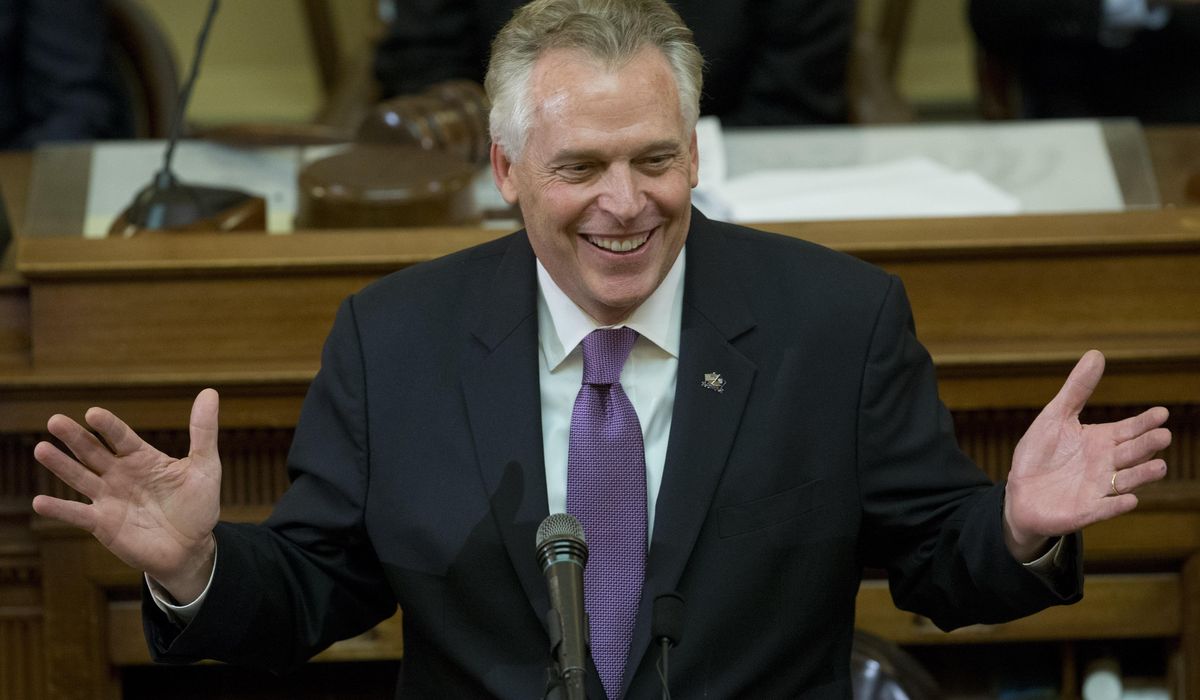 Terry McAuliffe, former Virginia governor and top surrogate for Joseph R. Biden, told Democrats in a recent videoconference that the presumptive presidential nominee is doing “fine” campaigning from his basement.

“People say all the time, ‘Oh, we got to get the vice president out of the basement,’” Mr. McAuliffe, the former Democratic National Committee chairman, told the “monthly breakfast” of the Norfolk City Democratic Committee on Saturday, Fox News reported.

“He’s fine in the basement,” he said. “Two people see him a day: his two body people. That’s it. Let Trump keep doing what Trump’s doing.”

Mr. Biden has campaigned remotely during the coronavirus pandemic and only recently began to emerge since Memorial Day. On Monday, he traveled to Texas to meet with the family of George Floyd, an unarmed black man whose death while in police custody in Minneapolis last month sparked nationwide protests and violence.

Mr. McAuliffe, a former top aide for both Bill and Hillary Clinton’s presidential campaigns, said that short, scripted messages from Mr. Biden, like his remarks Friday about racial injustice in Dover, Delaware, will be the most effective moving forward.

“It’s hard for the vice president to break through,” Mr. McAuliffe told the group, Fox News reported. “You’ve got the COVID crisis. He’s not a governor, doesn’t have the National Guard. He’s not the president, doesn’t have the briefing room. He needs to come out strategically. And when he says something like he did on race relations two days ago, it needs to have a big impact — thoughtful, and that’s what we’re preferring that he actually do at the time.

“He’s doing a lot of local,” he said. “He’s talking to two, three governors a day. He’s doing roundtables, Zoom calls. A lot of it’s being done in those six battleground states that we have going forward.

“We’re building the digital today, which Trump has a huge lead on, he’s got like 88 million Twitter followers, so that’s a big emphasis for us,” he added.