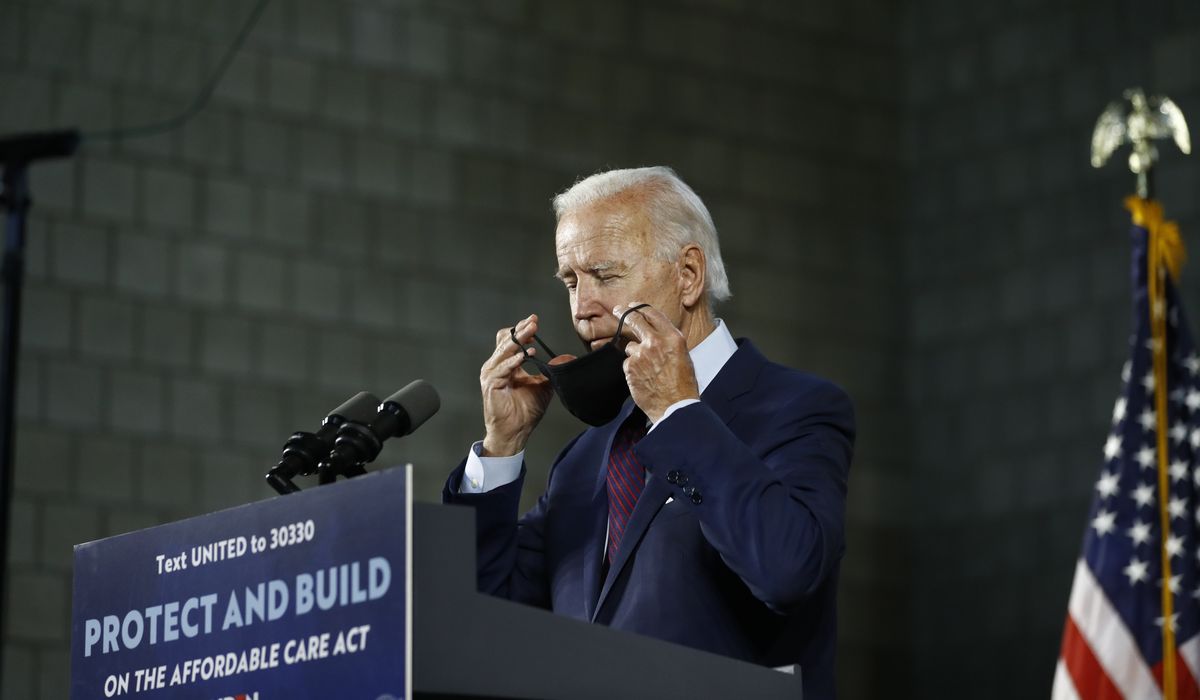 A Rasmussen Reports survey found that 38% of likely voters said that based on what they’ve read and seen from Mr. Biden, he is “suffering from some form of dementia.”

The survey of 1,000 likely voters showed that 48% disagreed and 14% were on the fence about the former vice president’s mental fortitude.

President Trump and his supporters have started to raise questions about whether Mr. Biden is mentally ready for the job.