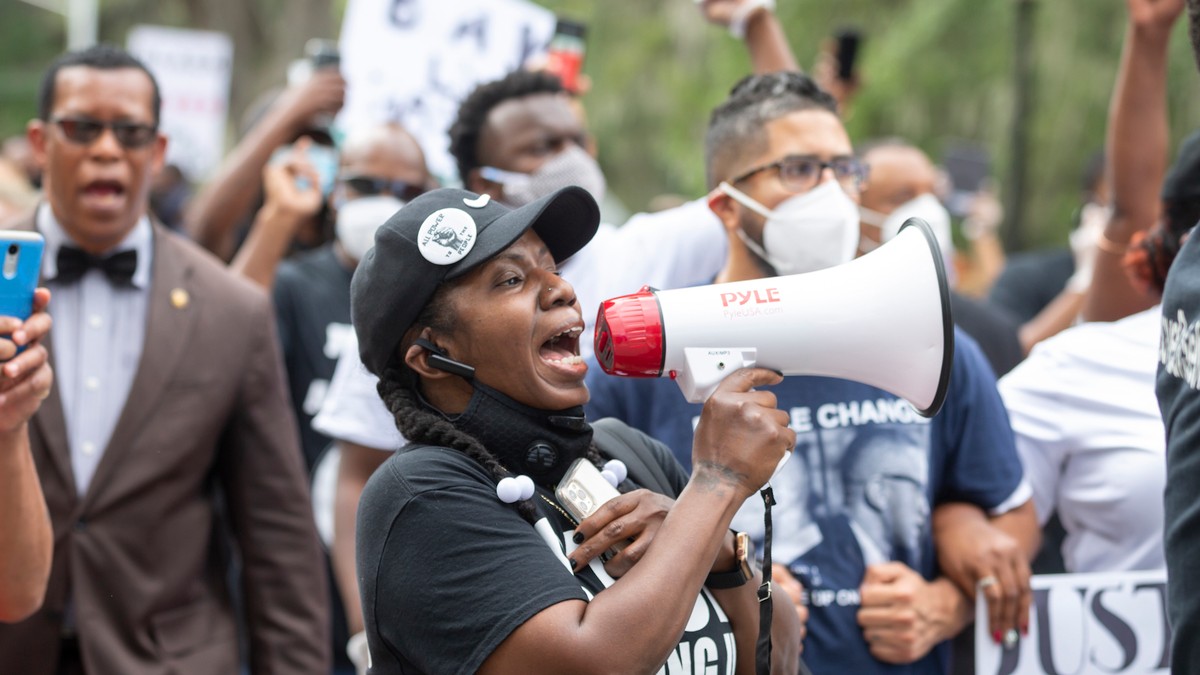 Georgia authorities have arrested a third man in connection to the death of Ahmaud Arbery, the young black man who was shot dead in broad daylight while jogging in a white suburban neighborhood earlier this year.

On Thursday afternoon, the Georgia Bureau of Investigation announced the arrest of William “Roddie” Bryan Jr. 50, who caught the last moments of Arbery’s life on his cellphone. He’s being charged with felony murder and criminal attempt to commit false imprisonment.

The 30-second video taken by Bryan shows 25-year-old Arbery running down the street and encountering ex-cop Gregory McMichael, 64, and his son Travis McMichael, 34, both white. The McMichaels have claimed that they suspected Arbery of committing burglaries in the neighborhood and decided to pursue him. They claimed that Arbery attacked Travis upon confrontation, and in response, the younger McMichael opened fire, shooting him three times, twice in the chest.

The release of the video in late April sparked protests and jump-started the case, which had been stalled since February with no arrests. But as the weeks wore on, questions about Bryan’s role in the shooting and calls for his arrest started to mount.

READ: There’s another video of the killing of Ahmaud Arbery

Civil rights lawyer S. Lee Meritt has argued that Bryan assisted the McMichaels in their pursuit of Arbery and “corralled” him. “We are going to continue to push for the arrest of William Bryan for recording and participating in the ambush of Ahmaud Arbery,” S. Lee Merritt, one of the attorneys for Arbery’s family, told CNN’s Don Lemon.

But the lawyer representing Bryan says his client should be credited with drawing attention to Arbery’s case through the video.

“Without Roddie Bryan, there would be no video of the shooting of Ahmaud Arbery,” Kevin Gough, Bryan’s lawyer, wrote in a statement, according to the New York Times. “Without that video there would be no case. Without purporting to speak for the prosecution, as that would not be my place, we believe Mr. Bryan is not just a witness for the prosecution but a key witness.”

There’s a reference to “Roddie” in the initial statement that Gregory McMichael gave to police that suggests he did more than just film the incident. McMichael claimed Bryan “attempted to block” Arbery from running down the road, but was unsuccessful. At that point, McMichael says he and his son grabbed their guns, and jumped in their truck. Bryan followed them in his car, with his camera rolling.

The Justice Department said earlier this month that they were weighing possible federal hate crime charges against the McMichaels.

Cover: A group of protesters march from the Glynn County Courthouse in downtown to a police station after a rally to protest the shooting of Ahmaud Arbery, Saturday, May 16, 2020, in Brunswick, Ga. (AP Photo/Stephen B. Morton)

Could it be third time lucky in Iraq with new PM-designate?