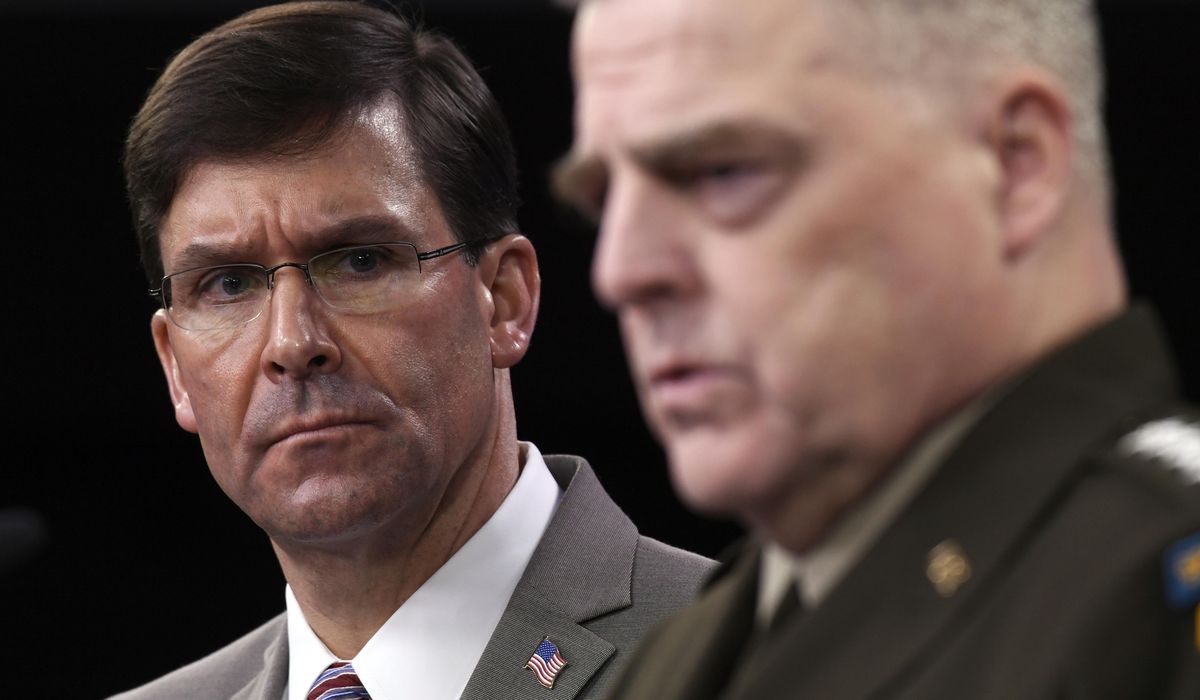 Active-duty U.S. troops are on “short alert status” at bases outside the District of Columbia, Pentagon officials said Tuesday, but so far forces have not mobilized in any other region of the country following President Trump’s threat to use the full weight of the American military to quell riots and violent protests.

Pentagon officials told reporters that the military’s response to the demonstrations, including in Washington, so far has centered on National Guard troops. At least 1,300 National Guard personnel are on duty in Washington, with additional forces from Utah and New Jersey also activated. Reinforcements from Indiana, South Carolina and Tennessee are expected to arrive Tuesday, officials said.

But so far there’s been little in the way of preparations to deploy active-duty forces anywhere in the country, with the exception of Washington. A Defense Department official said the forces arrived in the capital region yesterday and are staged at bases outside of the District.

No active-duty forces have actually been deployed and were not involved in Monday night’s efforts to contain protests outside the White House.

Mr. Trump on Monday said he’ll mobilize all “civilian and military resources” to protect American citizens in the face of widespread rioting and looting after the death of George Floyd last week during a confrontation with police in Minnesota.

“I am mobilizing all federal and local resources, civilian and military, to protect the rights of law-abiding Americans,” the president said. “I am also taking swift and decisive action to protect our great capital, Washington, D.C. What happened in this city last night was a total disgrace.”

The Insurrection Act of 1807 allows the president to deploy active-duty forces to states if requested by a governor. National Guard forces operate under different regulations and are routinely employed to aid in natural disaster response or civil unrest.

Pentagon officials also defended Defense Secretary Mark Esper’s statement Monday that leaders must “dominate the battlespace” to control the chaos. Officials said the secretary was merely using military language and did not intend to imply that U.S. citizens are the enemy or that American cities are a battleground.

Trump says will pull US troops from ‘delinquent’ Germany |NationalTribune.com