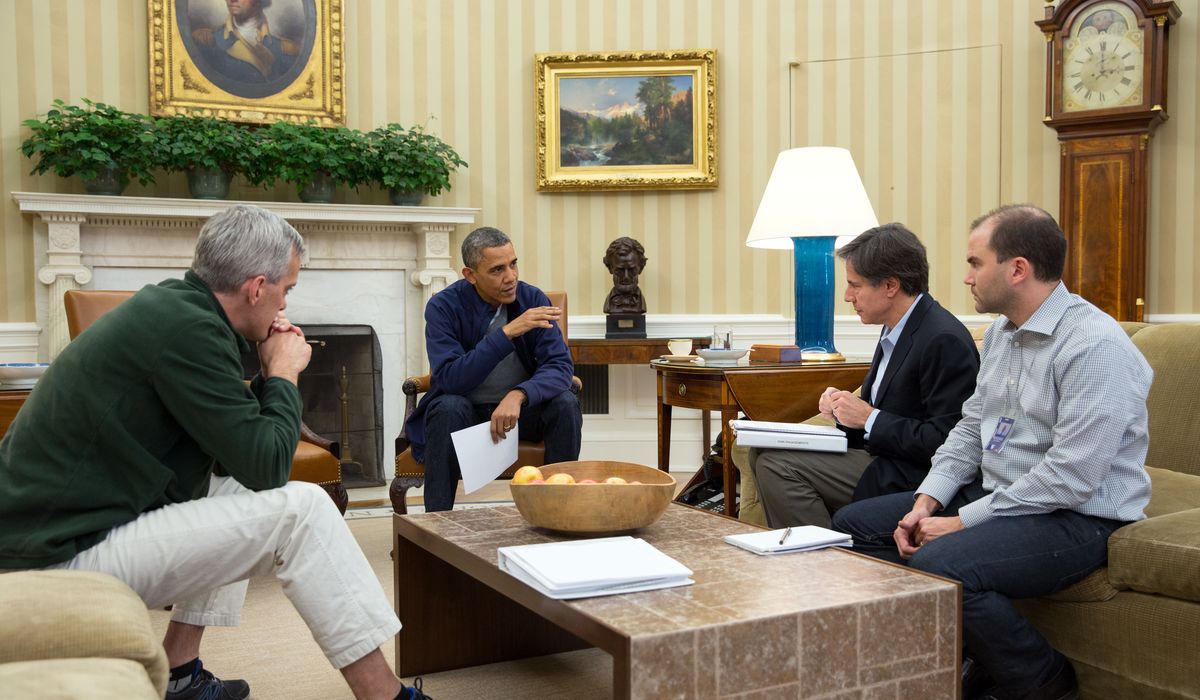 Dire predictions by Obama administration alumni that moving the U.S. Embassy to Jerusalem, Israel’s capital, would ignite widespread violence have not panned out.

There has been no dedicated Arab reprisals since the doors opened with much fanfare in May 2018.

And two years later, Arab states are lining up to discuss and cement unprecedented peace deals with Israel that involve not just recognizing the Jewish state but also establishing trade and travel ties.

Secretary of State John F. Kerry, as he left office in January 2017, predicted an explosive doom for the Middle East.

“And if all of a sudden Jerusalem is declared to be the location of our embassy, that has issues of sovereignty, issues of law that it would deem to be affected by that move and by the United States acquiescing in that move, and that would have profound impact on the readiness of Jordan and Egypt to be able to be as supportive and engaged with Israel as they are today,” Mr. Kerry said.

On Tuesday at the White House, Mr. Trump hosted the signing of historical diplomatic agreements by Mr. Netanyahu and representatives of Bahrain and the United Arab Emirates. Mr. Trump predicted other Arab countries, possibly Saudi Arabia, will soon recognize Israel.

John O. Brennan, Mr. Obama’s CIA director, has been a strident critic of President Trump not just on Russia election interference but also the Middle East.

After Axios published an article on why the White Houser does not believe the Tel Aviv-to-Jerusalem move will kill peace talks, Mr. Rhodes tweeted in December 2017: “This is just cringe worthy spin, even by Trump WH standards. Palestinians won’t mind the Jerusalem recognition bc Trump will come out in favor of a Palestinian state? Sure.”

One of Mr. Trump’s first foreign policy initiatives was to pull out of the Iran deal and impose new economic sanctions.

“Never Trump” Republican consultant Steve Schmidt also predicted horrible consequences when the U.S. Embassy opened. He is today a prominent player in the 2020 election. He is co-founder of the Lincoln Project, which produces anti-Trump ads that often air on Fox News.

“Trump destabilized the Middle East with his decision to move the embassy,” Mr. Schmidt tweeted. “His abject ignorance of the history and religions that have shaped this moment have given succor to the agents of terror and chaos. Trump destabilizes, Hamas terrorists provoke, Israel responds. Repeat 1.”

His tweet was retrieved and posted by Sean Davis, co-founder of The Federalist, who tweeted: “In case you weren’t already wary about taking geopolitical advice from bitter, washed-up … campaign consultants, this gem from 2018 should probably seal it for you.”