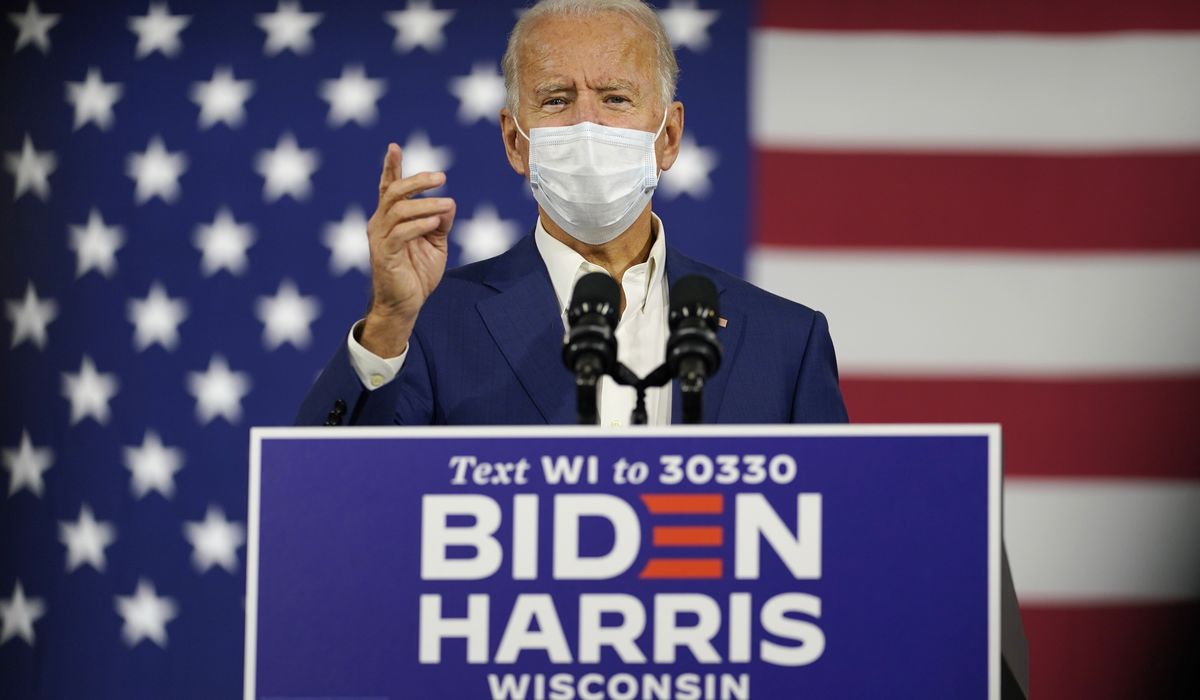 Joseph R. Biden on Monday said President Trump couldn’t care less about his own supporters, saying the adoration they shower upon him at his massive rallies is a one-way proposition.

“A former employee said he calls his own supporters, quote, disgusting,” Mr. Biden said, referring to the recent testimonial of a former aide to Vice President Mike Pence.

Olivia Troye, the aide, said Mr. Trump suggested at a White House coronavirus meeting that the COVID-19 outbreak might have an upside.

“I don’t like shaking hands with people. I don’t have to shake hands with these disgusting people,” he said, according to Ms. Troye.

Mr. Pence and the White House pushed back strongly on Ms. Troye, calling her a disgruntled employee who was trying to wade into election-year politics.

Mr. Biden said Mr. Trump ran for office in 2016 saying he would represent the “forgotten” men and women in the U.S.

“And then once he got in office, he forgot us,” Mr. Biden said. “Not only did he forget them, though – the truth is he never really respected us very much.”

Mr. Biden pointed out that Mr. Trump, an open germophobe, keeps his distance from his supporters at the rallies he has continued to hold during the pandemic.

“For Trump, these rallies are about entertainment, adoration and not respect,” he said. “Don’t kid yourself – this is a one-way street.”

Mr. Biden was campaigning in Manitowoc County, Wisconsin, which broke for Mr. Trump in 2016 after former President Barack Obama carried it in 2008.

The former vice president also made a more direct appeal to people who supported Mr. Obama before breaking for Mr. Trump in the last presidential election.

“I know many of you are frustrated. You’re angry … I get it. It has to change,” he said. “You will be seen, heard and respected by me.”