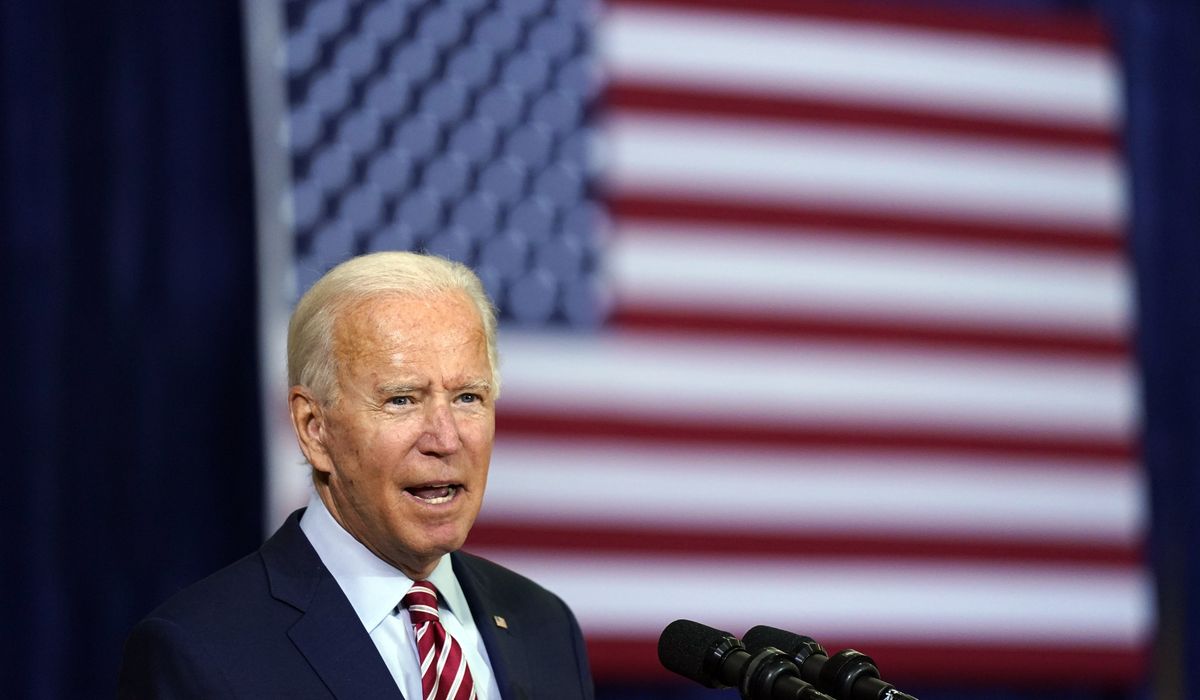 Democratic presidential nominee Joseph R. Biden on Tuesday said President Trump is either lying about or imagining his role in shepherding legislation intended to expand health care options for veterans.

“President Trump likes to say he passed the VA Choice. Just like everything else he seems to be saying, it’s a figment of [his] imagination or a flat lie,” Mr. Biden said at Hillsborough Community College in Tampa, Florida.

Mr. Biden spoke at his first in-person campaign stop in the Sunshine State since he formally accepted his party’s presidential nomination last month.

In 2014, former President Barack Obama signed into law the VA Access, Choice, and Accountability Act when Mr. Biden was the vice president.

The law created the Veterans Choice Program, which allows veterans to seek care at non-VA facilities. It passed after a scandal involving veterans who died while awaiting care at an Arizona VA facility.

In 2018, Mr. Trump did sign the $50 billion VA Mission Act to expand veterans’ access to private health care that also directed the VA to combine several programs, including Choice.

He frequently conflates the bills when touting his record on veterans.