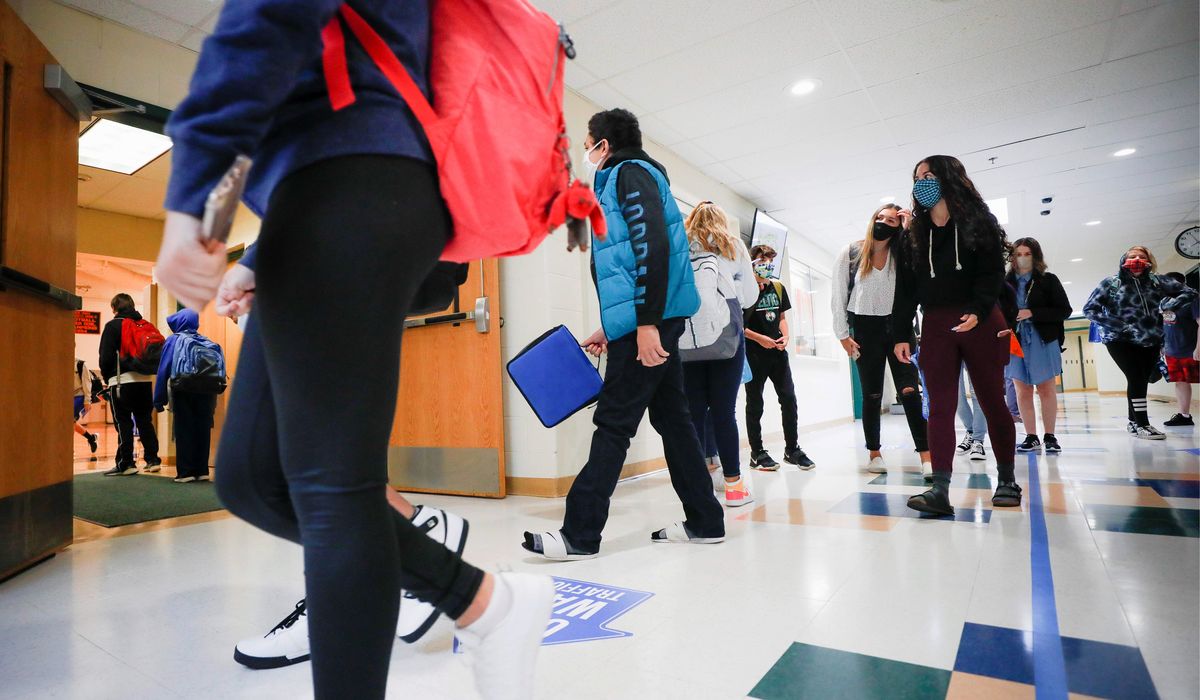 President Trump is pushing schools to reopen amid the COVID-19 pandemic, saying parents want it, the children can handle it and the economy needs it.

Democratic presidential nominee Joseph R. Biden says the teachers don’t want it, the children can spread the coronavirus and the country can’t stomach another surge of COVID-19 cases he fears would result.

That gulf between the two men carries through to the rest of their education plans.

Education is usually on the list when voters are asked about issues most important to them, but it ranks low when voters say what drives them to the polls on Election Day.

Rarely, though, has the dividing line been so stark as it is this year. Mr. Trump is calling for major strides in school choice, and Democrats are intent on blocking him.

“The Trump campaign is hoping that an emphasis on school choice will appeal not only to private and charter school families but also to parents in traditional public districts who may be frustrated with how their schools are responding to the COVID threat,” said Jeffrey Henig, an education professor at Teachers College and professor of political science at Columbia University.

For Mr. Trump, school choice is symbolic as well as substantive and puts parents as the priority in education. His campaign also figures it can help make headway with Black voters, who largely support the concept.

Mr. Trump highlighted the issue during his State of the Union address this year and announced he was awarding a scholarship to a Black fourth-grader from Philadelphia.

“In the most important election of our lifetime, President Trump is the only candidate who will work for America’s students over special interests,” said Samantha Zager, deputy national press secretary for the president’s reelection campaign.

They also have submitted budgets that would trim the Education Department, though Congress has rejected the cuts and Mr. Trump has ended up signing budget increases instead.

Mr. Biden counters Mr. Trump’s parent-centered approach to education with a teacher-centered platform, promising the money will flow to public education instead.

He wants to triple federal spending on schools with significant low-income populations and require that much of that cover higher salaries for teachers. He also would increase the availability of student loan forgiveness for graduates who go on to work in education.

Mr. Biden’s campaign says he will hire up to 60,000 more psychologists for schools to help with what he warned is a mental health crisis.

The Biden-Sanders plan would impose bureaucratic standards for diversity and discipline on charter schools, cut off money for those deemed underperforming and impose an outright ban on federal money for for-profit charter schools.

“It has become the Democrats’ position to make that the line in the sand — that to say for-profit is the problem,” said Sarah Reckhow, a political science professor at Michigan State University.

Education has been declining as a voting issue for more than a decade.

The Pew Research Center found that 73% of voters listed education as a top issue heading into the 2008 election. That number fell to 69% in 2012 and 66% in 2016. Pew’s most recent survey in August didn’t even list education as a choice.

It did, however, list gun policy, which Mr. Biden is trying to tie to education. He says parents worry that their children may not come home from class one day because of a school shooting.

On his campaign website, Mr. Biden says his solution is “defeat the National Rifle Association — again — in order to make our schools safer.”

He rejects Mr. Trump’s plan to allow teachers to arm themselves and says the answer is fewer guns. He backs a ban on some firearms.

Where Mr. Trump leans on Ms. DeVos as his education point person, Mr. Biden counters with his wife, Jill, who has spent decades teaching English in high schools and community colleges.

When Mrs. Biden delivered her speech at the Democratic National Convention last month, she did so from a classroom where she had taught high school in Wilmington, Delaware. She told Americans she understands their fears and frustration about the COVID-19 pandemic upsetting the school year.

Her husband has put forward some ideas. He said this month that if he were president he would use funds from the Federal Emergency Management Agency to help reopen schools.

“This is an emergency, and Donald Trump and his FEMA should treat it as one,” the former vice president said.

He has released a “road map to reopening” for schools that called for pumping tens of billions of dollars into state and local budgets to help keep teachers on the payroll.