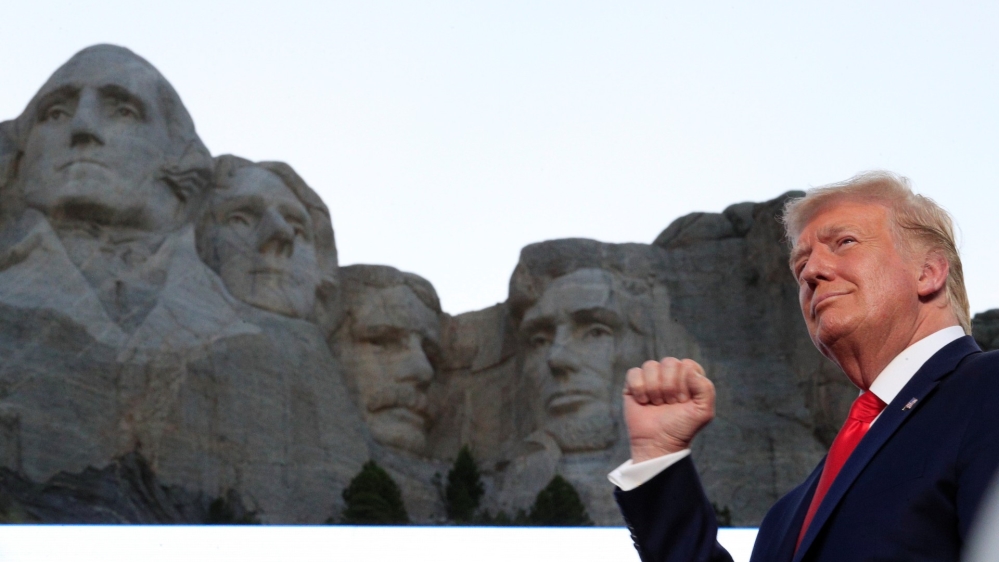 United States President Donald Trump railed on Friday against “angry mobs” that tried to tear down statues of Confederate leaders and other historical figures, warning thousands of supporters at Mount Rushmore that protesters were trying to erase the country’s history.
The speech and fireworks on the eve of the US Independence Day came against the backdrop of a pandemic that has killed more than 125,000 people across the country.
The event drew 7,500 people, packed tightly into an amphitheatre. Many did not wear masks, defying the advice of public health officials who have urged people to avoid large gatherings to slow the spread of COVID-19.
Trump, speaking underneath the famed landmark depicting four US presidents, warned that recent demonstrations over racial inequality threatened the foundations of the country’s political system.
“Make no mistake, this left-wing cultural revolution is designed to overthrow the American revolution,” Trump said.
“Our children are taught in school to hate their own country,” he added.

BackPage 1 of 2Next →
In this article:blasts, Trump