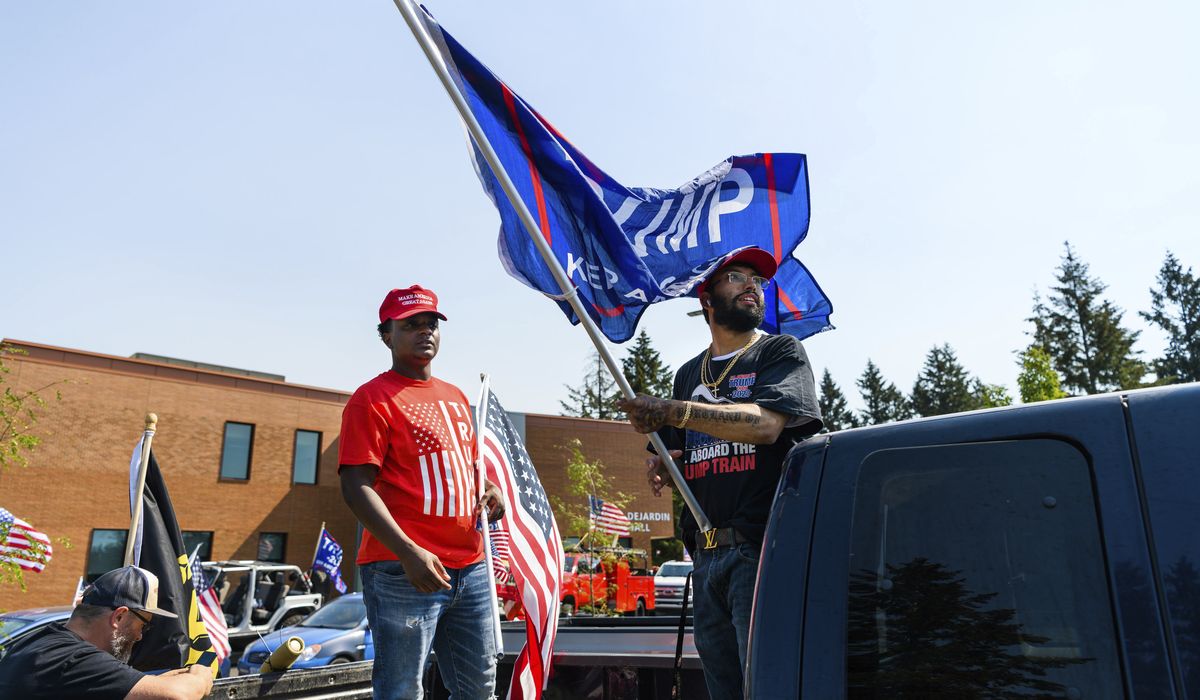 Trump campaign advisers laid out seven pathways Tuesday for the president to win reelection, from a 37-state landslide of 356 electoral votes to a razor-thin margin of two electoral votes over Democrat Joseph R. Biden, and they vowed Mr. Trump will have enough of a campaign war chest to carry him through Nov. 3.

With eight weeks until Election Day, Mr. Stepien and two other top campaign officials offered multiple scenarios for the president to win reelection, based on polling trends.

They range from the landslide projection, in which the president would carry 12 battleground states, to the “Southwest strength” scenario, in which Mr. Trump wins Arizona and Nevada but loses the “Rust Belt” states of Pennsylvania, Michigan, Wisconsin and Minnesota. In the latter example, Mr. Trump would win the necessary 270 electoral votes; Mr. Biden would get 268.

There’s also a scenario in which Democrats’ “Blue Wall” collapses, and Mr. Trump would win Pennsylvania, Ohio, Michigan and Wisconsin, while losing Florida. That projected outcome also would have the president winning 270 electoral votes to Mr. Biden’s 268.

Although Mr. Biden is leading in many public polls, Trump campaign officials said they have quiet confidence about their internal polling in key states and districts. And they are encouraged by polls in Arizona and Nevada showing a significant rise in the percentage of voters since July who view Mr. Biden as “very liberal.”

“That has been a strategic objective of our campaign,” Mr. Stepien said.

Officials addressed a New York Times report claiming that the Trump campaign has lost its former $200 million cash advantage over the Democrats.

“We now carefully managing the budget,” said Mr. Stepien, who was tapped by the president to replace former campaign manager Brad Parscale in July. “We will have more resources to spend than we had in 2016, and it won’t be close.”