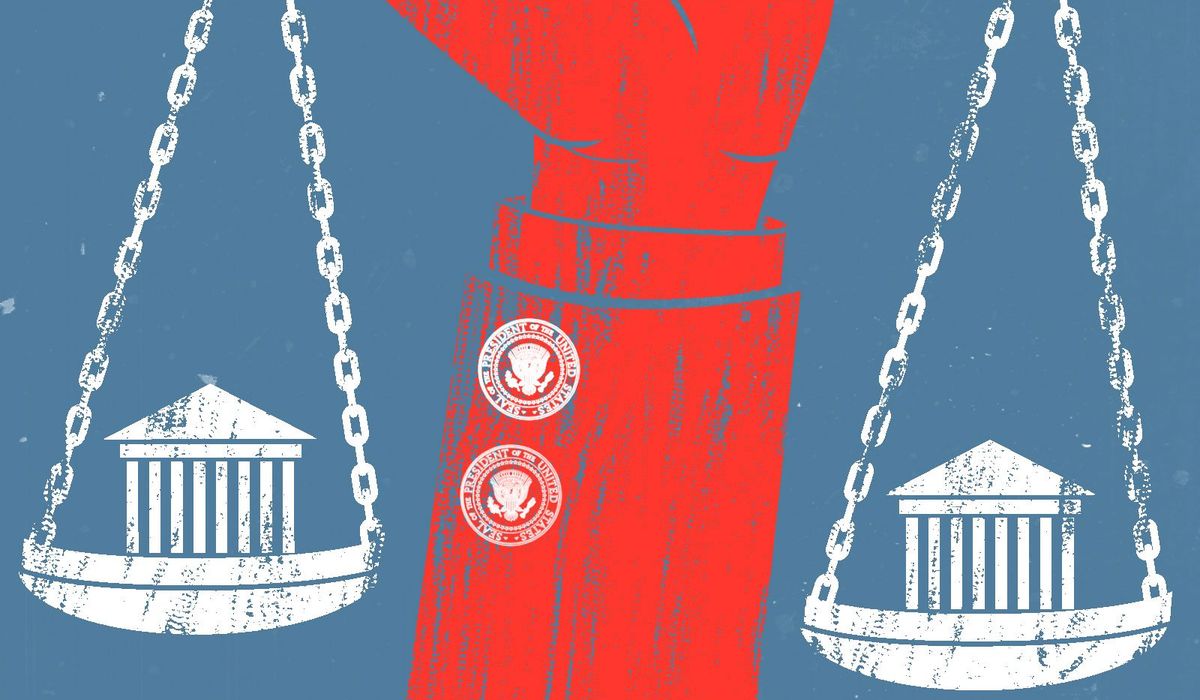 President Trump has every right to submit to the U.S. Senate a nominee to replace Justice Ruth Bader Ginsburg. He should, and senators should act quickly to approve the nomination. Under the Constitution of the United States, when there is a vacancy on the U.S. Supreme Court, the president is tasked with putting forward a nomination to the members of the Senate. If approved, she or he is sworn in as a member of the highest court in the land.

Here are the facts: There has been a vacancy on the Supreme Court during a presidential election year, or in a lame-duck session before the next presidential inauguration, 29 times in the history of our country. In every instance, the president submitted a nomination.

Those claiming hypocrisy or double standards by Republicans ignore both the historical precedents of the Senate and the hypocrisy and double standards of Democrats — including their nominee, Joe Biden, who has been all over the place on this issue.

During the summer of 1992, when President George H.W. Bush was in a tough reelection campaign, then-Senate Judiciary Committee Chairman Joe Biden argued that if there was a vacancy on the high court, Mr. Bush should “not name a nominee until after the November election is completed.” If he did, “the Senate Judiciary Committee should seriously consider not scheduling confirmation hearings on the nomination until after the political campaign season is over.”

“Senate consideration of a nominee under these circumstances is not fair to the president, to the nominee, or to the Senate itself,” Mr. Biden said during a lengthy floor speech. He continued, “where the nation should be treated to a consideration of constitutional philosophy, all it will get in such circumstances is partisan bickering and political posturing from both parties and from both ends of Pennsylvania Avenue.”

Twenty-four years later, then-Vice President Biden said: “To leave the seat vacant at this critical moment in American history is a little bit like saying, ‘God forbid something happen to the president and the vice president, we’re not going to fill the presidency for another year and a half,’” while insisting in 2016 that the Senate should take up President Obama’s nominee prior to the election that year. Like so many Washington-based politicians, Mr. Biden has argued on all sides of this important issue.

Justice Ginsburg herself stated in 2016 that “there is nothing in the Constitution that says that the president stops being the president in his last year.” She also argued against packing the court by adding additional positions beyond the historical standard of eight justices and one chief justice.

Those infected by “Trump Derangement Syndrome” make a series of ridiculous arguments about his ability to put forward a nomination. Some suggest President Trump cannot make an appointment because he did not win a majority of the nationwide popular vote. Ironically, Bill Clinton received less than a majority of the nationwide popular vote in both of his national elections, yet he was the president who nominated Ruth Bader Ginsburg to the Supreme Court.

Some Democrats like House Speaker Nancy Pelosi and Rep. Alexandria Ocasio-Cortez have suggested they will move forward with the impeachment of the president or the attorney general if Mr. Trump submits a nomination to the Senate this year. Others are warning of riots if the Senate acts on the nomination.

The biggest beneficiary of additional impeachment hearings or riots across America? Donald Trump.

The same swing voters who helped give Democrats a majority in the U.S. House of Representatives two years ago will retaliate against radically violent actions in 2020. Voters understand that the president has the right — and arguably the obligation — to nominate someone to fill a vacancy on the Supreme Court.

Mr. Trump benefits from listing his top prospects for the Supreme Court and selecting one to nominate this weekend. Each potential candidate has been vetted, and all are highly qualified. The president’s opponents now risk looking overtly partisan — and their reactionary antics could cost Mr. Biden the election.

• Scott Walker was the 45th governor of Wisconsin. You can contact him at [email protected] or follow him @ScottWalker.