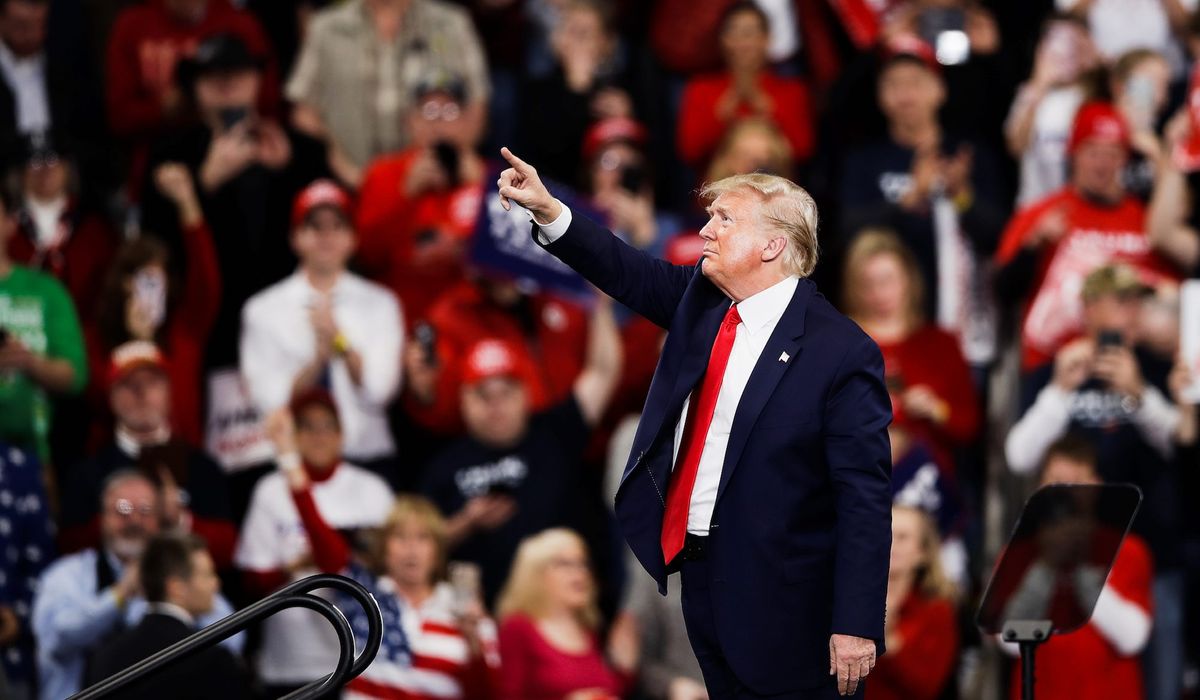 President Trump’s supporters in the Keystone State say they are “bullish” on his reelection chances, thanks to a wave of registered voters over the past four years.

Harrisburg-based Republican strategist Charlie Gerow recently spoke to Politico about a Republican resurgence in a state that narrowly went to Mr. Trump in 2016.

“I am very bullish on Donald Trump’s prospects in Pennsylvania,” he told the website Thursday in reference to the hard data. “I think he will win again, and I think he will win by more votes than he did in 2016. Trump is doing what Ronald Reagan did 40 years ago, which is moving a lot of traditional Democrats into the Republican column.”

“These are people who are going to vote in November. These people are committed,” added Lawrence Tabas, leader of the Pennsylvania Republican Party.

Optimistic Democrats can also cite the overall disparity between the two parties — they still outnumber registered Republicans by 750,000 voters overall.

“Look, I’ll be real: The pandemic has kind of thrown a wrench into things,” Jason Henry, executive director of Pennsylvania’s Democratic Party, told Politico. “Our focus has truly been on educating voters on the new vote-by-mail laws.”

Politico reported large “raw net gains” for Republicans in the western part of the state while Democrats fared well in Philadelphia’s suburbs.