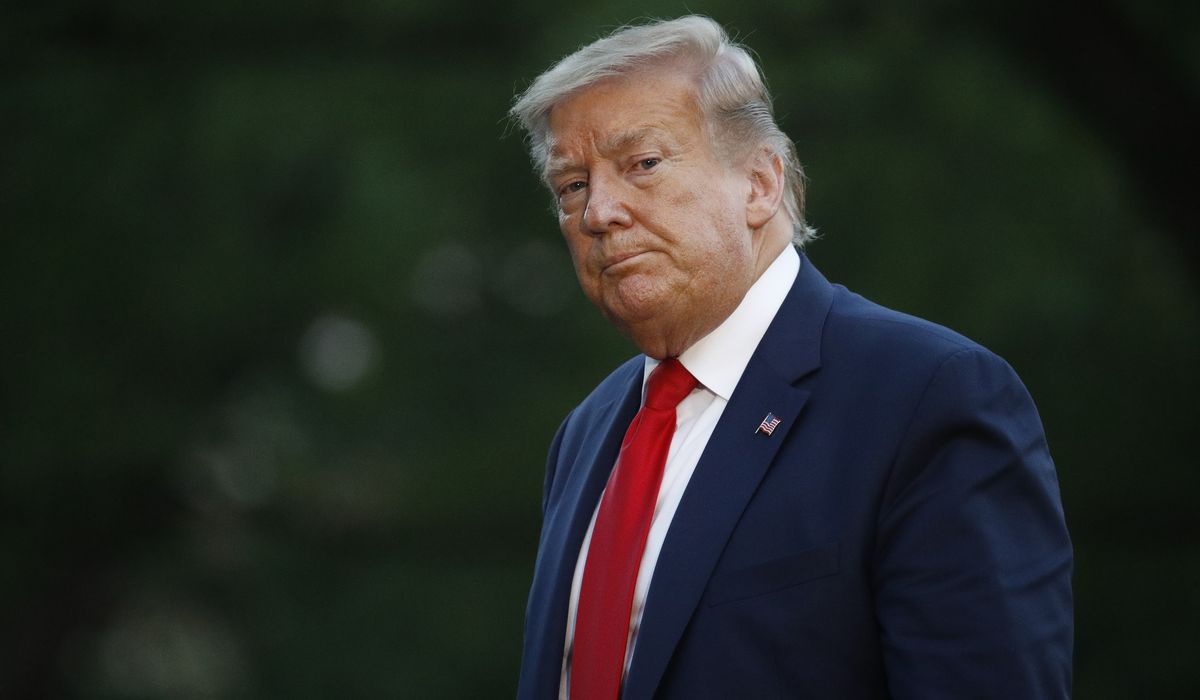 Homeland Security and the Labor Department have transmitted recommendations to President Trump for next steps in his immigration pause, putting the White House on the clock for its next big decision about whether foreign workers will help or hurt the coronavirus recovery.

Both sides are bracing for the worst.

Mr. Trump in April announced a 60-day pause on some permanent immigration visas, saying he didn’t want those foreigners to compete with out-of-work Americans seeking jobs as the coronavirus recovery ramps up.

But the president left untouched the much larger pool of competitors — temporary guest workers, who arrive on non-immigrant visas. He told his Labor and Homeland Security secretaries to report back to him in 30 days on what he should do about those much broader categories.

That deadline was over the Memorial Day weekend, and a Homeland Security spokesperson confirmed the recommendations have been provided, but did not go into specifics of what they suggested.

“We are reviewing all options to ensure that U.S. workers are prioritized for employment as we undergo the largest economic comeback in history,” the spokesperson said.

Whatever Mr. Trump decides, though, he’s going to anger a key part of his constituency — either small business owners who rely on temporary workers, or those who have been cheering the president’s immigration crackdown.

“This is an important moment for Trump, and his action on guest workers will reveal whether he thinks it’s more important to help the cheap labor lobby or the American workers who elected him,” said Jessica Vaughan, policy studies director at the Center for Immigration Studies.

The lobbying is intense.

Dozens of House Republicans last week penned a letter to Mr. Trump demanding he not cut the H-2B visa, which is used by seasonal non-agriculture workers in everything from beach resorts to landscaping to neighborhood pools.

There’s also a program for foreign students, who generally are not supposed to be working in the U.S., but who under a program expanded by the Obama administration can take jobs if they’re deemed to further education. Known as the Option Practical Training program, it accounted for nearly 300,000 visas in 2018, according to the Center for Immigration Studies.

Roger Ross, policy advisor for U.S. Tech Workers, which sees many of the H-1B visa holders as unnecessary competition for tech jobs, said he expects Mr. Trump will only make “minor changes,” which would leave Americans workers still competing with the guest-workers.

Mr. Ross said his pessimism stems from those the president has brought into his team since taking office — “former workers of big tech, big business, [who] are in favor of keeping these programs.”

“The Trump administration has surrounded themselves with people that didn’t run on his campaign promises, and we’re seeing the tide turn to where Trump is moving towards a path of pushing policies that generations of previous Republican presidents, and establishment Democrats, have pushed — which are more pro-business and not pro-labor,” he said.

That’s particularly true during economic slumps, when businesses scrounge for every savings.

“What companies are doing is laying off their American workers because they want to cut costs, and they’re preserving H-1Bs and requesting more H-1Bs,” Mr. Ross said.

A report in early May from the Economic Policy Institute found that 60% of H-1B positions are paid lower than the local median wage for that job. Top users are Amazon, Microsoft, Walmart, Google, Apple and Facebook, EPI said.

Complicating Mr. Trump’s decision-making is his own experience. His wife, Melania, first came to the U.S. on an H-1B visa as a fashion model from Slovenia, then parlayed that into a green card signifying permanent legal residence. She became a U.S. citizen in 2008, three years after marrying Mr. Trump.

Mr. Trump’s current immigration pause is popular with voters, and based on the wording of some of the polling it seems expanding the scope would also be welcomed.

“Americans seem to want something that goes beyond 60 or 90 days, some bold action that will pull the plug on the whole system of work visas and work permits,” Ms. Vaughan said.

She said the president should suspend all temporary visas and work permits for a 90-day period, giving the administration a chance to study each one in turn. After that, if the economy is recovering, some of those programs could be turned on again — if employers can prove the workers are actually needed.

Even before Mr. Trump’s looming decision, Homeland Security has fiddled around the edges.

Acting Secretary Chad Wolf has allowed companies in the food supply chain to hire H-2B seasonal workers already in the U.S., allowing them to switch jobs and extend their stays.

That latter move is a jobs-killer for Danielle Bane, who along with her husband runs Quality One Inc., a lawn care firm in Havre de Grace, Maryland.

They rely on seasonal workers to do trimming and cutting from spring to late fall, which Mrs. Bane said supports her ability to keep Americans on her payroll.

Every year she needs about 15 H-2B seasonal workers. She was certified by the Labor Department, but then coronavirus struck and Homeland Security put tens of thousands of H-2B visas on hold.

Ms. Bane said she’s tried to hire Americans for those slots, but got no takers. She pointed to early April, when jobless claims surged by 5 million or more each week — yet she got no viable leads on new workers.

“Our recruiting efforts have been very scarce,” she said. “Most of the responses we get are either undocumented workers that are here in the U.S. or unqualified workers, meaning they can’t pass just the basic things that we ask for,” such as a “pretty clean” criminal record.

She said not every industry faces those same hurdles, but hers does.

The math, she said, is clear. If she can bring on those H-2B workers, she can hire three to five Americans for year-round work, managing the guest-workers during the season and maintaining properties during the off-season. She also could buy equipment, creating a cascading effect throughout the economy.

“We have thew ability to contribute to its recovery and our hands are tied bc we don’t have employees that we can count on,” she said.

Mrs. Bane’s experience is matched by other seasonal employers.

Amid coronavirus, the Seasonal Employment Alliance set up a jobs bank to advertise more than 850 listings, covering more than 10,000 jobs, to Americans. Gray Delany, executive director of the alliance, said they advertised the bank on newspaper websites in 10 major cities, on LinkedIn, and on websites of organizations that generally oppose H-2B workers.

The online ad campaign had 583,000 impressions, got 144 click-throughs, and zero applicants.

Both Mrs. Bane and Mr. Delaney said the federal government’s generous $600-a-week unemployment check, which comes on top of state unemployment, is skewing things, keeping people from taking jobs they might otherwise take.