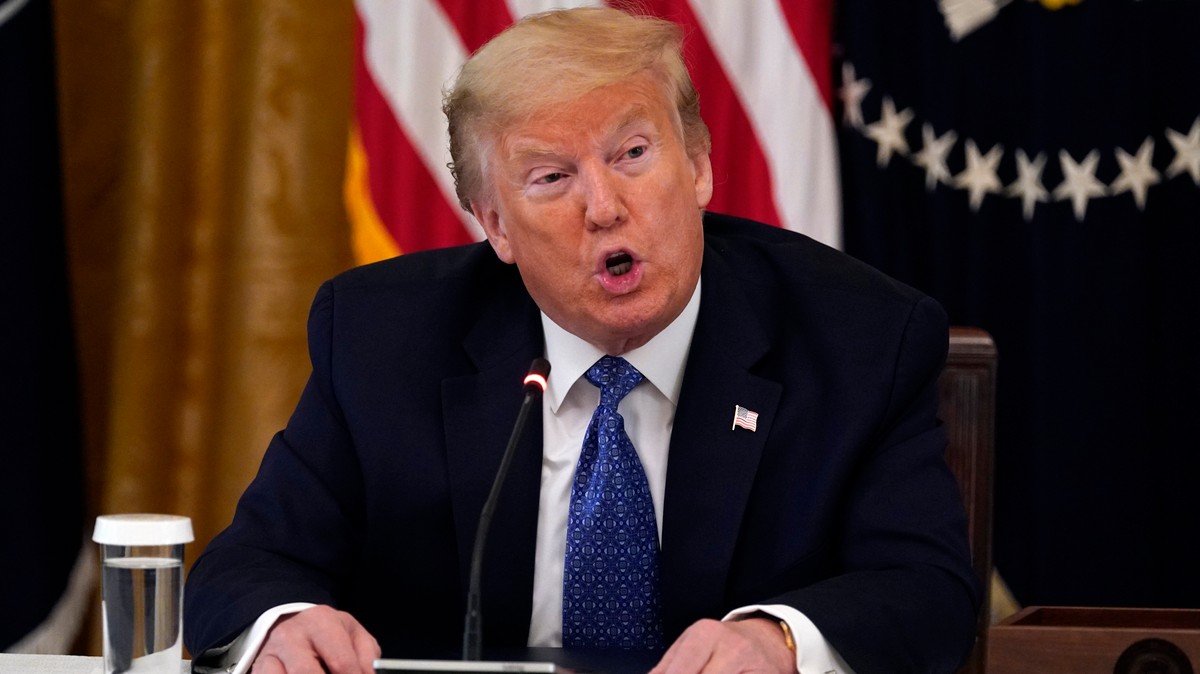 President Donald Trump is threatening to go to war with states that are trying to figure out a safe way for their residents to vote during the COVID-19 pandemic.

Trump specifically targeted Michigan and Nevada in a pair of early Wednesday tweets, warning that the two states could face a loss of federal funding for attempts to increase vote-by-mail. To start, Trump wrongly claimed that Michigan’s “rogue” secretary of state, Jocelyn Benson, had “illegally” sent 7.7 million absentee ballots to voters in the state.

In fact, Benson, a Democrat, had announced on Tuesday that absentee ballot applications would be sent so that “no Michigander has to choose between their health and their right to vote.” Regardless, Trump used the flawed premise to threaten the state — where ten thousand people are currently evacuating due to dam failures — with a cutoff in federal dollars.

Trump then turned his ire toward Nevada, where Republican Secretary of State Barbara Cegavske announced in March that the state would conduct its June 9 primary by vote-by-mail. Trump alleged that doing so would “create a great Voter Fraud scenario for the state and the U.S,” and threatened to “hold up” funds to the state.

This is not Trump’s first tirade against vote-by-mail, which the president himself did back in March for the Florida primary. Trump has encouraged Republicans to “fight very hard” against vote-by-mail, saying it proves the potential for voter fraud. (Voter fraud is an essentially non-existent problem, most studies have shown.

Beyond vote-by-mail, the Republican National Committee and Trump’s campaign are ramping up anti-”voter fraud” efforts and preparing to invest up to $20 million on election efforts, as the New York Times reported earlier this week. Those efforts include recruiting up to 50,000 volunteers in 15 states to “monitor” voting and challenge ballots, and fight lawsuits against Democrats over ballot laws.

Though most states postponed primaries in late March and early April, a study released earlier this week found a “statistically and economically significant” link between in-person voting in Wisconsin on April 7 and the spread of coronavirus in subsequent weeks. And on Tuesday, U.S. District Judge Fred Biery ruled that all Texas voters were eligible to apply for mail-in ballots out of fear of transmitting the coronavirus.

“The Court finds the Grim Reaper’s scepter of pandemic disease and death is far more serious than an unsupported fear of voter fraud in this sui generis experience,” Biery wrote in his opinion.

Cover: President Donald Trump speaks during a Cabinet Meeting in the East Room of the White House, Tuesday, May 19, 2020, in Washington. (AP Photo/Evan Vucci)