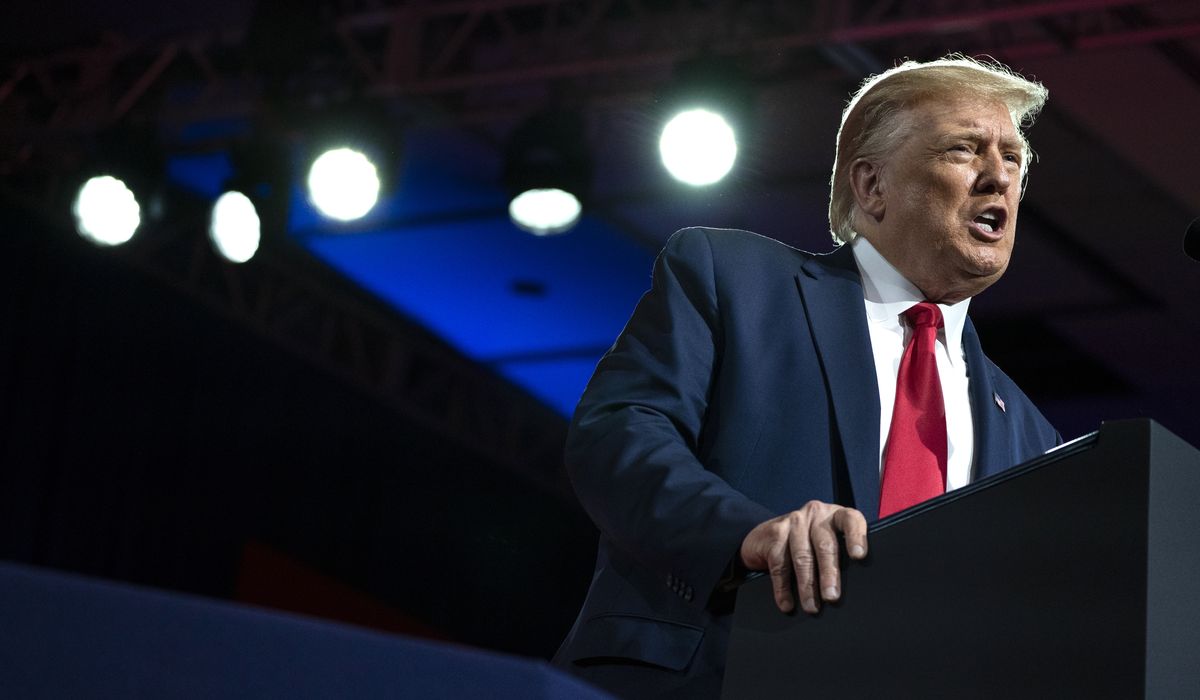 President Trump proposed a second-term agenda for Black America on Friday that would designate the KKK and Antifa as terrorist organizations, make lynching a national hate crime and boost investment in Black communities by nearly $500 billion.

At a speech in Atlanta, the president outlined his “platinum plan” for Blacks, calling it a “contract with Black Americans” for the next four years. He accused Democratic nominee Joseph R. Biden of pandering to Blacks at election time.

“For decades, Democrat politicians like Joe Biden have taken Black voters for granted,” Mr. Trump said. “They made you big promises before every election — and then the moment they got to Washington, they abandoned you and sold you out. The Democrats will always take Black voters for granted until large numbers of Black Americans vote Republican.”

Mr. Trump won about 8 percent of Black voters in 2016. Some of his campaign advisers predict the president will receive 20 percent or more support from Blacks in November.

The president also pledged to make Juneteenth a national holiday. The date of June 19 commemorates the day in 1865 when Blacks in Texas learned of the abolishment of slavery, the last state for the news to reach. Mr. Trump said he will create a national clemency project “to right wrongful protections.”

The president said his plan would increase access to capital in Black communities, give Black churches the ability to compete for federal resources, and help to create 3 million new jobs for the Black community.

“I want to share what you have to gain by voting Republican on Nov. 3. I stand here to offer you solutions,” Mr. Trump said. “No one in Washington politics today has done more to hurt Black Americans than Joe Biden.” He said, “Joe Biden cares more about the citizens of foreign countries than he does about Black Americans living in our own country.”

Mr. Biden said in a statement that Black Georgians “have been hit particularly hard” by the coronavirus crisis, and he faulted Mr. Trump’s leadership.

“Three thousand Black Georgians have died, 430,000 Black Georgians are uninsured, and 11.8 percent of Black Georgians have been left jobless,” Mr. Biden said. “And, in the midst of this global health pandemic and economic crisis, President Trump is still working to tear down the Affordable Care Act and take away protections for Georgians with preexisting conditions.”