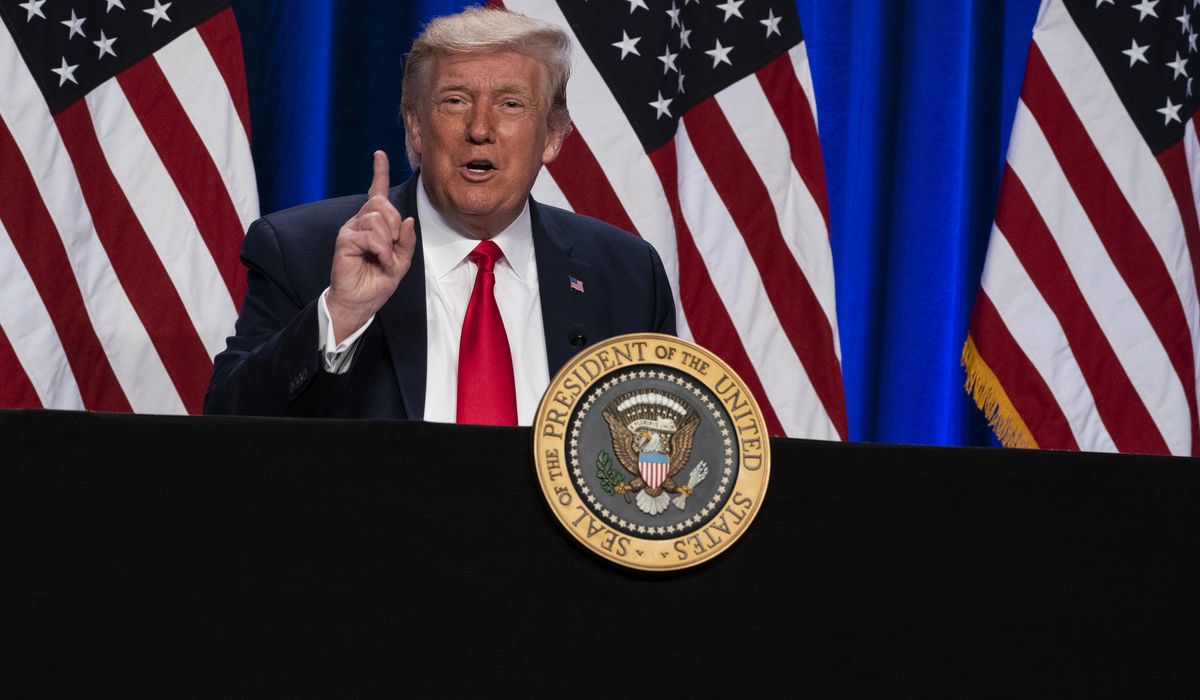 President Trump said Friday that his first debate with Democratic nominee Joseph R. Biden will be a little bit like a UFC bout.

“It’s like going into a match, same kind of thing — a little bit less physical,” the president said.

Speaking at a “Latinos for Trump” event in Miami, Florida, the president noted that UFC fighter Jorge Masvidal was in the audience.

Pointing to his head, the president said of a fight, “This wins probably it’s 50 percent of it.”

He asked the fighter how much his head matters in a bout.

“You’ve got to have this, too,” the president said, rubbing his left arm. “Biden’s a weak guy.”

The two candidates will square off in their first debate Tuesday night in Cleveland.

The president warned Floridians that the Democrat would stop the economic gains since the coronavirus shutdowns ended.

“Joe Biden would terminate our recovery with a crippling nationwide shutdown and a $4 trillion tax hike,” Mr. Trump said.

He also reminded Hispanics in the audience that he recently authorized $13 billion in disaster aid for Puerto Rico for damage from a hurricane in 2017.