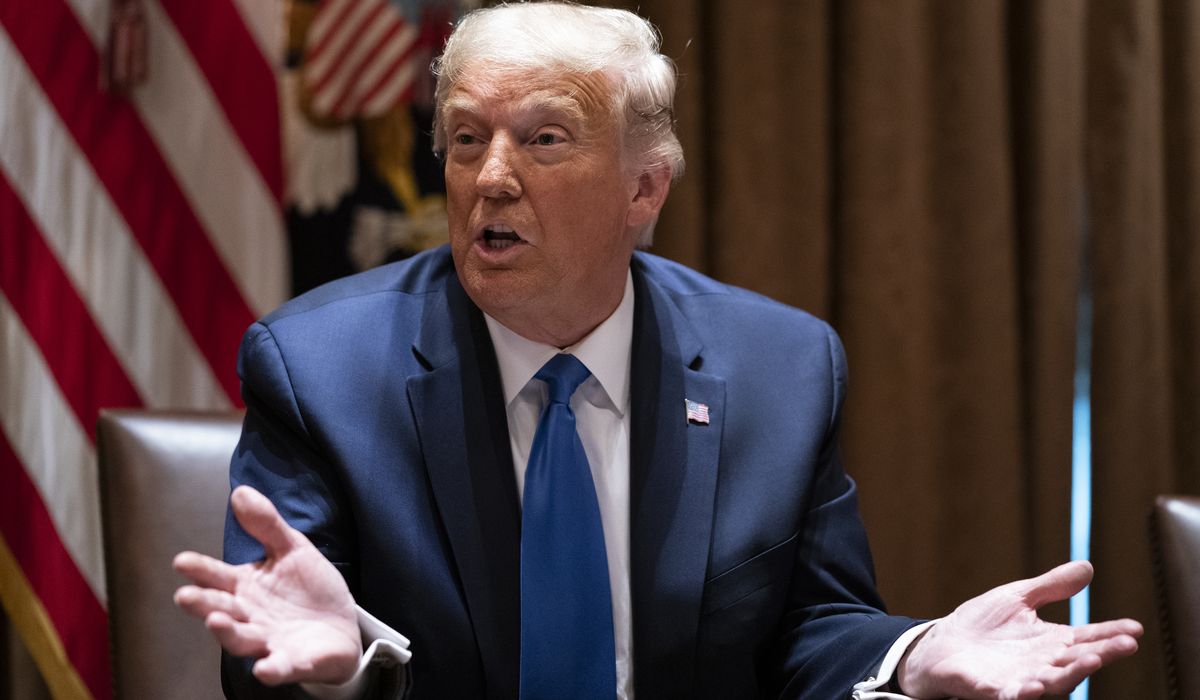 President Trump predicted on Wednesday that the Supreme Court will decide the outcome of the presidential election over mail-in ballots.

He said the Senate should confirm his nominee to replace the late Justice Ruth Bader Ginsburg to break any tie.

“I think this will end up in the Supreme Court and I think it’s very important to have nine justices,” Mr. Trump said at the White House.

The president said the Senate should move swiftly to confirm his nominee, to be announced on Saturday, to seat a ninth justice before the election on Nov. 3. He referred to what he calls the “scam” of Democrats promoting widespread mail-in ballots.

“I think it’s better if you go before the election because I think… this scam that the Democrats are pulling — it’s a scam — the scam will be before the United States Supreme Court,” the president said.

“And I think having a four-four situation is not a good situation. I don’t know that you get that, I think it should be eight-nothing or nine-nothing. [But] just in case it would be more political than it should be, I think it’s very important to have a ninth justice.”

The Trump campaign is challenging several states in court over their expanded mail-in ballot efforts. State officials say the move is necessary to allow more people to vote during the pandemic.

Asked whether he will support a “peaceful transfer of power” after the election, the president replied, “Get rid of the [mail-in] ballots, and you’ll have a very peaceful transfer. There won’t be a transfer, frankly — there’ll be a continuation.”

Mr. Trump sounded as if he was settling on a nominee, although he said he is still considering five female appellate judges.

“The person I’ll be putting up is highly qualified, totally brilliant — top of the line academic student, the highest credentials,” he said. “I can’t imagine why a Democrat wouldn’t vote for this person.”

“It looks like we’d be voting on this before the election. I think that’s perfectly fine. I think if somehow we can’t hit those marks, we’re still going to vote on this,” said Sen. Roy Blunt, Missouri Republican.

Senate Minority Leader Chuck Schumer, though, accused the president and Senate Republicans of rushing to confirm the nominee before the election because of a case concerning the future of the Affordable Care Act, which is scheduled for oral arguments Nov. 10.

The New York Democrat said the president believes an appointee of his would strike the healthcare law down.

“Guess when that case is being heard by the Supreme Court, America? November 10th. A week after the election. Is that why Senate Republicans are in such a rush to get a new right-wing justice confirmed before the election? So that Supreme Court can do what they failed to do here in the Senate, repeal this healthcare law which protects so many Americans?” Mr. Schumer said.

• Alex Swoyer contributed to this report